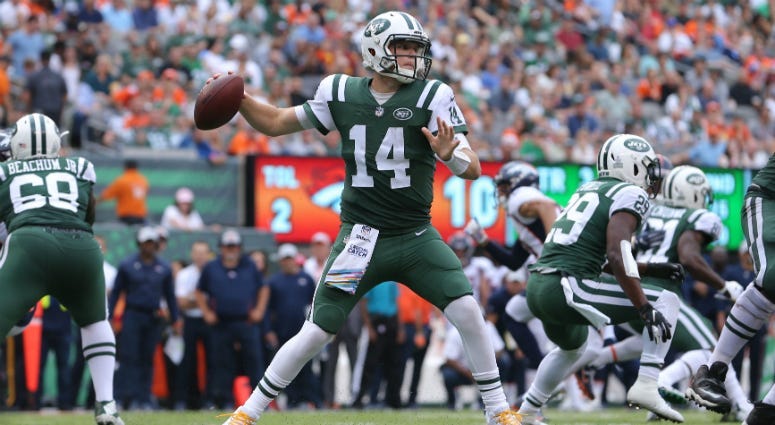 When it comes to Odell Beckham Jr., Josh Norman is usually talking trash. But when it comes to Sam Darnold, the Redskins cornerback is talking him up.

After the Jets and Redskins wrapped up three days of joint practices Tuesday in Richmond, Virginia, Norman provided a glowing review when he was asked about the Jets' rookie quarterback.

"Someone asked me about him the other day," Norman said. "And I was like, 'Yeah, whatever, just routinely, just a guy. But then you go out here and you see him make these throws (and) I'm like, 'All right, that's not so much of a college-level throw.' He's, like, putting them on the money.

"Doggy, this little kid is not making mistakes," the All-Pro defensive back and Beckham archrival continued. "And it's like he's really accurate. It's kind of like, dang, you get rookies in here and you're trying to mess with them and bait them a little bit and thinking they're going to throw a route you can make a play on, and he's not having it. It's so crazy to see that at an early age. Dak (Prescott) had that. Carson (Wentz) has that.

"So far, he's impressed me. And I didn't want him to. And that's the main thing: I wanted to break all rookies' back. But he has been doing a great job."

Darnold, the No. 3 overall pick in this year's draft, has been receiving the bulk of the first-team snaps in recent days. He's competing against veterans Josh McCown and Teddy Bridgewater for the starting job.

The former USC star was 13-of-18 passing for 96 yards with a touchdown in the Jets' preseason opener against the Falcons on Friday night. The Jets and Redskins will play Thursday night at FedEx Field in Landover, Maryland.