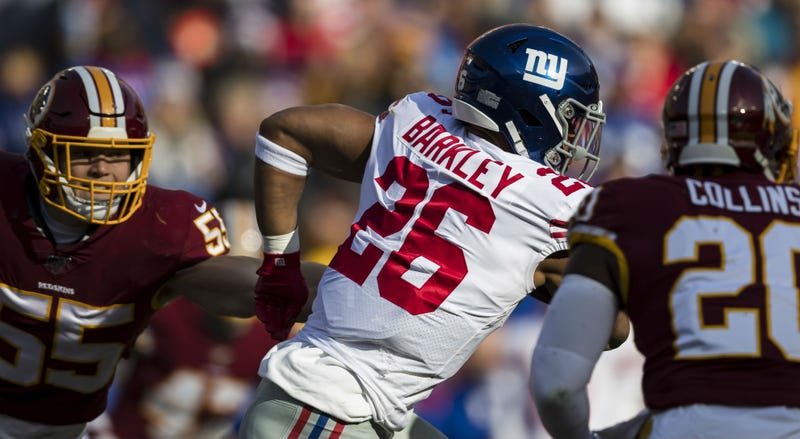 Giants running back Saquon Barkley left Sunday's game against Tampa Bay late in the second quarter with a high ankle sprain. He will undergo an MRI on Monday.

Barkley was helped to the locker room by the Giants staff with a noticeable limp.

Barkley eventually came out of the locker room in the third quarter using crutches and a bulky walking cast on his right foot on the sideline.

Giants linebacker Alec Ogltree also left Sunday's game with a hamstring injury. Linebacker Tae Davis also left the game in the second half with a concussion.

Saquon thinks he’ll be fine. Had same injury as a freshman at Penn State. Came back and did just fine. https://t.co/or7V92ap5H