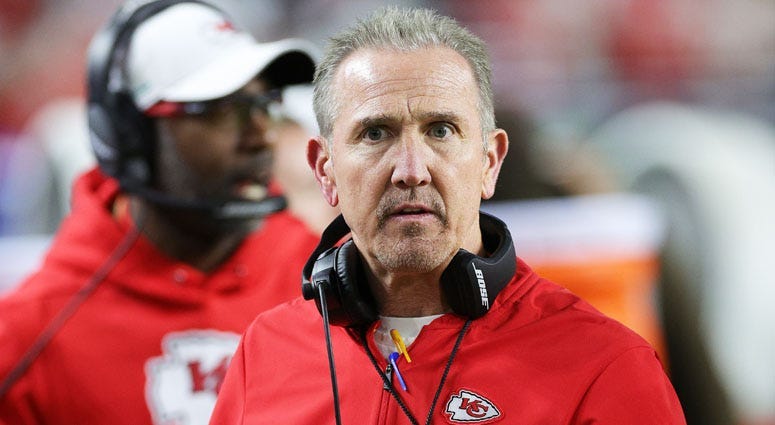 He didn't want to let Andy Reid down.

"That's what motivated me," Spagnuolo told WFAN's "Moose and Maggie" show. "I did not want to let that man down. I think that every player and every coach feels that way, and we're just elated that he's able to feel the winning Super Bowl (as a head coach)."

Reid, of course, has been a highly successful head coach, reaching the playoffs in 15 of 21 seasons leading the Eagles and Chiefs. But a Super Bowl win had proved to be elusive.

Until Sunday, when Reid's Chiefs came from behind in the fourth quarter to beat the 49ers 31-20 in Miami.

Spagnuolo said he feels forever "indebted" to Reid, who gave him his first NFL job with Philadelphia in 1999.

"I would do anything for that man," Spagnuolo said.
Robert Deutsch/USA TODAY Images

"I don't think any of us have ever heard a bad word spoken about Andy, and that's the truth," he added. "It's because of who he is. It's the man that he is. It's the character that comes out the minute you meet him. It's the rock-solid presence that he has, whether it's in the building or whether it's at a owners meeting around other coaches. That's where the respect comes from."

Spagnuolo says he "absolutely" wants to be a head coach again but is quite happy in Kansas City.

"I would love to do that (be a head coach) again, but I will preface by saying I've got a really good job right now and want to just hang on to the one I got," he said. "I know how this league is. But that burning desire is there. If it's in God's plans, it'll happen. And if not, I'm still a very fortunate man, very, very blessed."