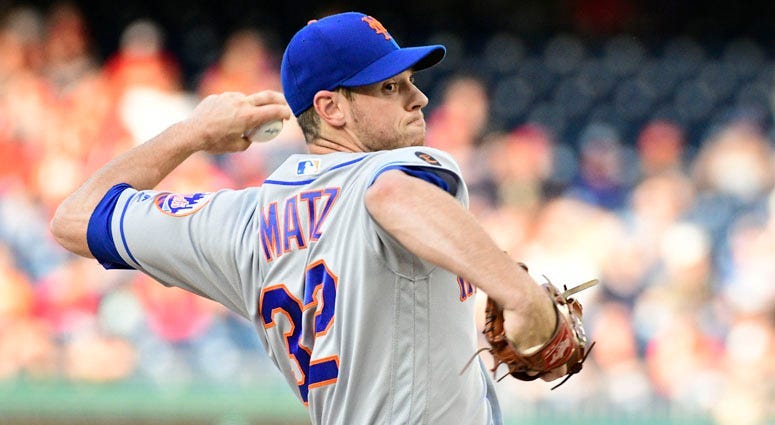 The Mets welcomed back one pitcher from the disabled list, Noah Syndergaard, on Wednesday but revealed that another member of their rotation, Steven Matz, could be facing a DL stint of his own.

Mets manager Mickey Callaway said Matz will be evaluated by doctors after he experienced forearm discomfort in Tuesday's 25-4 loss to the Washington Nationals. Callaway said Matz has been dealing with a "dead arm" over his last three starts but that the discomfort he felt Wednesday was something new.

Matz only recorded two outs against Washington, giving up seven runs on eight hits en route to the worst loss in Mets history.

Meanwhile, Syndergaard returned from the 10-day DL to start Wednesday's game against the Nationals. He was diagnosed last week with hand, foot and mouth disease.

The Mets cleared a space on the roster for Syndergaard by optioning reliever Tim Peterson to Triple-A Las Vegas.