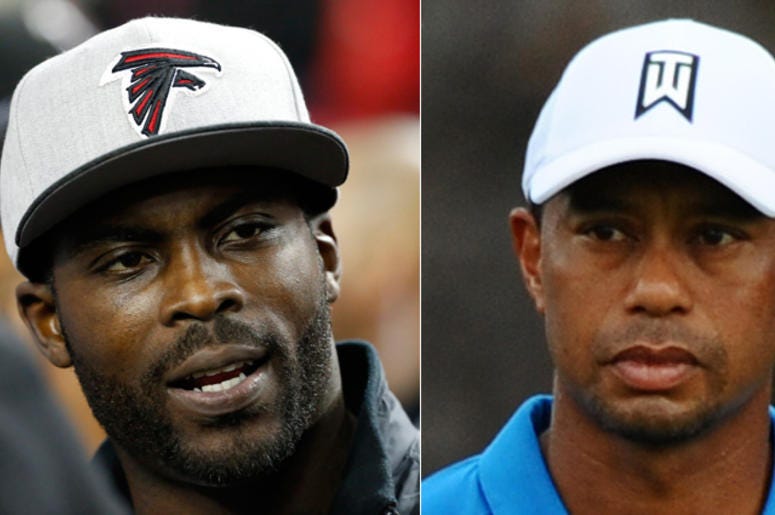 One person who can certainly relate to Tiger Woods' journey back to relevance in his sport is Michael Vick.

Woods won his first PGA event in five years Sunday at the Tour Championship in Atlanta.

WFAN's "Carlin, Maggie and Bart" asked Vick on Tuesday about what it's like for an athlete to claw his way back to the top while winning back the trust of fans.

"It's tough, and I commend Tiger for a job well done and the things that he had to overcome," the former Falcons, Eagles and Jets quarterback said. "Very difficult circumstances, and when you're in those situations, you're almost in that time period alone. There's no one that can really help you. You can get guidance, but at the end of the day, you have to take it one day at a time. And all you can do is pray."

Woods was still on top of the golf world in 2009 when his numerous marital infidelties dominated tabloid headlines. He also battled a series of injuries and then was arrested last year after crashing his car while under the influence of several prescription drugs, police said. He later pleaded guilty to a reduced charge of reckless driving.

Vick, of course, spent 21 months in prison for his involvement in a dog-fighting ring, costing him two of his career's prime years. He returned in 2009 as a backup with the Eagles and then had a career year the following season, when he was voted NFL Comeback Player of the Year.

Vick said winning that award was the moment he realized he had achieved his goal of working his way back.

"I thanked (then-Eagles coach) Andy Reid, and I said to myself: 'OK, this is a stepping stone, and I'm back, and let me just take it from there. But I have to continue to do the right things and stay the course and don't deviate from the things that got me to that point, because it only takes one split second to make a bad decision and then everything that you worked hard for your entire career can just blow up in smoke,'" Vick said.