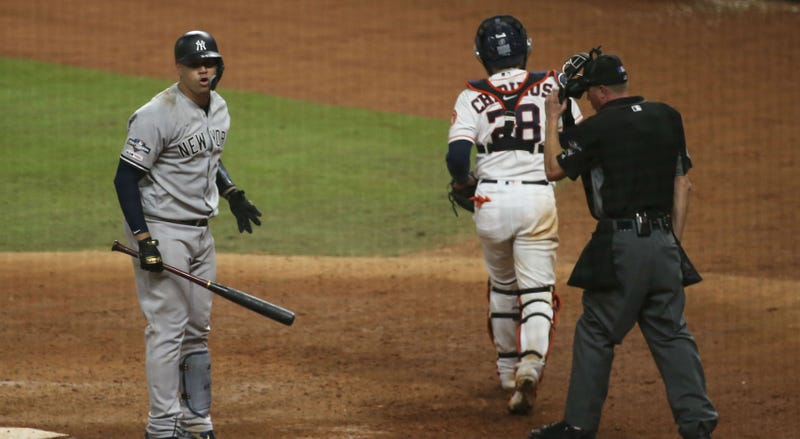 Sanchez followed up his breakout season in 2017 with a campaign that was riddled with struggles at the plate and behind the plate. It was a long season, but his talent was still apparent in the playoffs when he hit a three-run home run in Game 2 of the ALCS against the Red Sox.

Yankees manager Aaron Boone joined “Carlin, Maggie and Bart” from spring training in Tampa, Florida. He started off by telling CMB about his offseason trip to the Dominican Republic to see Sanchez and the academy that the club operates down there.

“It was something that I actually wanted to do last year but didn’t get the chance to,” said Boone. “It was great spending some quality time with our guys … I feel like Gary and I have grown pretty close, even from the get-go we had a really good relationship … I felt like we had a really fun time, but also a really productive time. All in all, I had a great time on the trip, but to get to spend time with our players, in what I felt like were really important settings and roles, was pretty cool.”

In 89 games in 2018, Sanchez hit a paltry .186 with 18 home runs and 53 RBIs. Those numbers are in stark contrast to the incredible returns that Sanchez had in 2017, when he was selected to his first All-Star game.

Boone also seemed to be quite bullish about the likelihood of Sanchez bouncing back in 2019.

“The biggest thing I’ve always tried to impart with Gary, especially offensively, is don’t chase a result every day. Go up and have a good at-bat every time. If you do that, because of his skillset, because of his talent, the rest will take care of itself. On the defensive side, the work he has put in, the ownership he has taken of the position … he’s physically in really good shape, strong, lean, healthy. And it has shown in his work.”

MORE: Cashman: Voit Is Favorite For First Base Job, But We Still Believe In Bird

"We believe wholeheartedly in what Gary's going to continue to do and grow from going through some struggles last year."

Listen above to CMB’s full interview with Aaron Boone.

WFAN is the flagship station of the Yankees. Tune in to 660 AM or 101.9 FM this season to hear all the action.