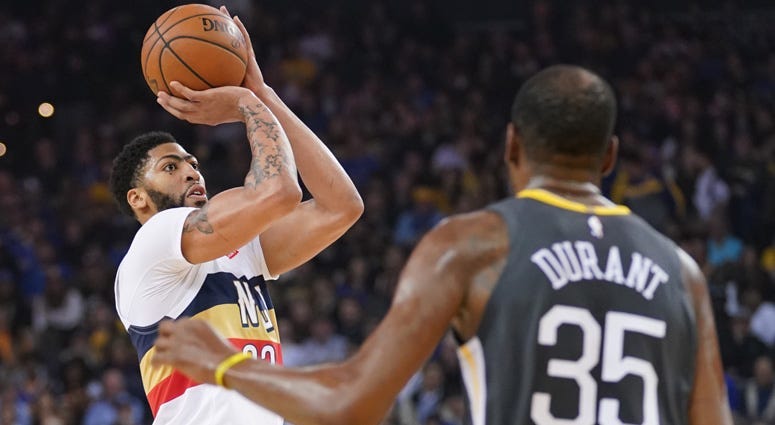 The Anthony Davis sweepstakes are back on.

That's potentially good news for the Knicks and Nets.

Davis requested a trade shortly before February's trade deadline, but with him under contract through next season, the Pelicans elected to wait for making a possible deal. New Orleans has since brought in Griffin and Trajan Langdon as general manager, and it landed the top pick in the draft lottery, which it's expected to use on much-hyped Duke forward Zion Williamson. Last week, Griffin met with Davis to try to sell him on the changes happening in New Orleans, but Charania's report suggests the Pelicans are losing faith.