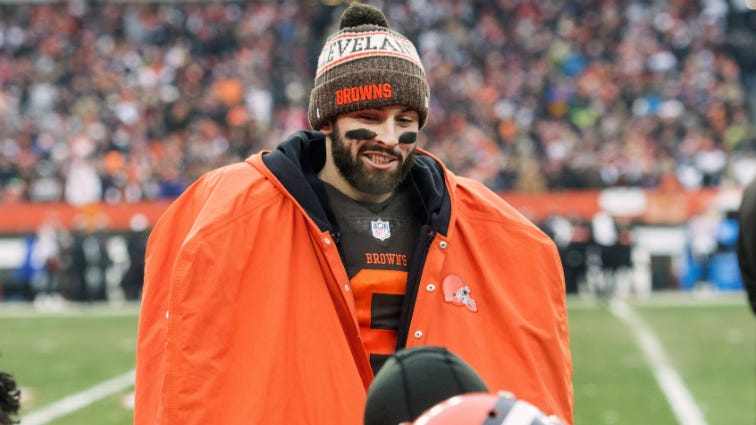 NFL teams return to the practice fields for training camps next week, which can only mean one thing; football isn’t too far away.

It’s the case every year, but this year’s training camp is going to be especially important for the Giants. They’ve drafted a young quarterback in Daniel Jones who will spend the preseason learning from Eli Manning, and then will likely back-up Manning during the regular season too.

Jones is undoubtedly the quarterback of the future, but it’s still unclear when he will take the reins from Manning this year, if it even happens. NFL writer, Peter King, of NBC Sports, joined Evan Roberts on Thursday to look forward to the upcoming season. King thinks Manning will be under center in New York, unless things go really bad.

“I think Eli Manning is gonna quarterback the whole season,” said King on WFAN. “Unless the Giants stink, which is possible, or unless Eli is a 78-rating quarterback, which is also possible. Basically, in the last seven years Eli Manning has been near the bottom of consistent NFL starters over that time. Blame whoever you want, but the numbers are the numbers. I think as long as they’re contending, and aren’t 3-8 on November 5th … I think they would have to almost be throwing in the towel on this season, or Eli would have to be bad, for Jones to play.”

The Giants opted to keep Manning on their roster last March, when they could have cut him and saved $17 million. Instead, they decided to keep the two-time Super Bowl champion QB around for another year, possibly with the thought that he could help develop whichever young quarterback they were able to draft.

Manning has been vocal about wanting to continue playing even after this season, but he’s 38-years-old. The Giants may be fine having Jones watch and learn from the sidelines, but the plan for next year will surely be to have him as the starter.

King also touched on the current controversy surrounding Baker Mayfield’s comments, which were supposedly about the Giants. The Browns quarterback seemed to be talking about New York when he said that Odell Beckham Jr. “wants to be surrounded by people who love and support him and allow him to be himself.” King thinks it’s ridiculous to claim that Beckham Jr. wasn’t treated well by the Giants or their fans.

The Browns and Giants aren't scheduled to meet in 2019, unless both teams can make miraculous runs to the Super Bowl.

Click on the audio player above to listen to Evan Roberts' full interview with Peter King.