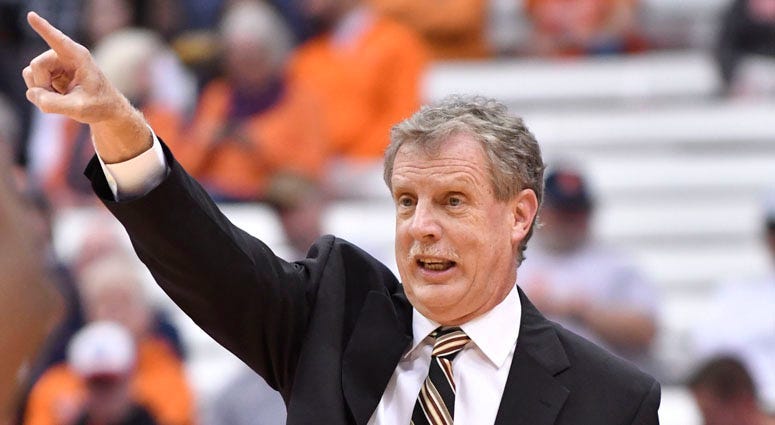 Many have linked the open head coaching position at St. John's to Arizona State coach Bobby Hurley, who has been seen as the favorite to land the job following Chris Mullin's sudden departure from the program.

However, due to several obstacles, it no longer seems that Hurley leaving the Sun Devils for the Red Storm is the foregone conclusion that some believed it to be.

Instead, it now appears as if Iona head coach Tim Cluess is the leading candidate to replace Mullin, according to the New York Post's Zach Braziller.

Cluess, a Queens native who played for the Red Storm from 1979-1981, has been involved in informal discussions with St. John's, and an official request with Iona to speak to the head coach is expected soon.

The Red Storm's talks with Cluess were gaining steam as of Thursday afternoon, according to a report from J.P. Pelzman of Forbes.

The 60-year-old head coach has led Iona to six NCAA tournament appearances over his nine seasons with the program. Prior to his time at Iona, Cluess served as head coach at LIU Post from 2006-2010, where he took the team to an Elite Eight appearance in the 2009 NCAA Division II Tournament.