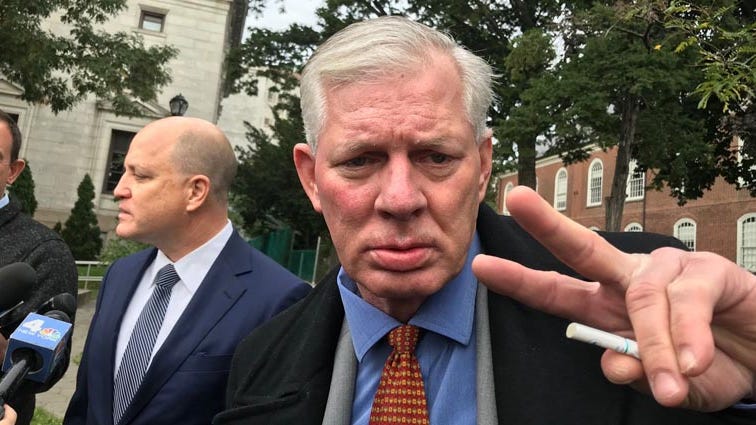 The Mets' glimmer of postseason hope is just about gone.

The resilient Mets entered their home series against the Marlins on Monday night hoping they had a little more magic left up their sleeves. But Miami's Jorge Alfaro had other ideas, hitting two home runs off Steven Matz, including a grand slam, to beat New York 8-4.

With just six games left to play, the Mets (81-75) now sit five games back of the Brewers for the final National League wild-card spot.

On Tuesday's "Boomer and Gio" show, Boomer Esiason said he didn't care for the Mets' decision to shuffle their rotation to squeeze another home start out of Matz, who has been markedly better at Citi Field than on the road. But on Monday, Matz allowed six runs on nine hits over five innings.

"This is what happens when you start moving things around and moving pieces around to try to accommodate somebody, whether it be giving a pitcher a catcher or trying to keep a guy off the road," Esiason said. "At the end of the day, it's pretty simple: You have to do your job. You have to be able to come through in the big moments, and unfortunately Mickey Callaway messed around with the starting staff.

Gregg Giannotti, Boomer's co-host, said he didn't have a problem with the Mets tinkering with the rotation.

"Is it, like, analytics driven or catering to players, or is it smart?" he said. "Because Steven Matz — I know it didn't work out, but, I mean, for most of the year, the data was there that he's a better player and a better pitcher by miles at home than he is on the road. I didn't have an issue with that. I had an issue with the way that he pitched, but I can't make a direct correlation with the fact that they messed around with the rotation, when they had a day off, by the way."

Boomer, however, noted that Matz was not the only Met to blame Monday.

"This team, they have to change some players. We all know that," he said. "And there are some good, young pieces. There's some good pitching here. But it's really disappointing to lose a game last night that you know you have to win. And you're accommodating your one pitcher. You're asking your third baseman (Todd Frazier) ... to come up big, and he doesn't do it. Michael Conforto and Robinson Cano basically disappear for the month of September. There's a lot of culprits, but there's a lot of good stories. But they're not going to make the playoffs."

To listen to the open from Tuesday's "Boomer and Gio" show, click on the audio player above.