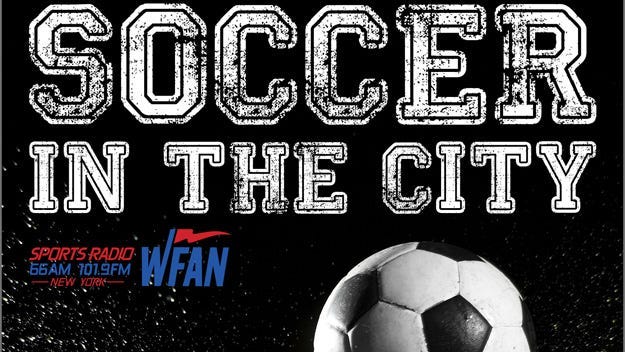 After a promising start to the year in Concacaf Champions League, New York City FC has dropped its first two matches in Major League Soccer. In the latest installment of the "Soccer in the City" podcast, the boys review the 1-0 defeat at Toronto and also look ahead to the CCL quarterfinal at Red Bull Arena on Wednesday.

Also, the guys take a close look at the performance of the Philadelphia Union in their 3-3 draw at LAFC on Sunday night. One of the more thrilling MLS games you'll see that didn't end until after 1 a.m. Eastern.

At halftime of that broadcast, former New York City FC coach Jason Kreis announced his 20-player roster for Olympic qualifying. That group did not include NYCFC midfielders James Sands and Keaton Parks.

Please make sure to check back with WFAN.com for future episodes. The podcast can also be heard on RADIO.COM, Apple Podcasts, Google Play and Stitcher.
Follow the hosts on Twitter: @RobAbramowitz, @GlennCrooks, @tkolker and @jrojasa75.