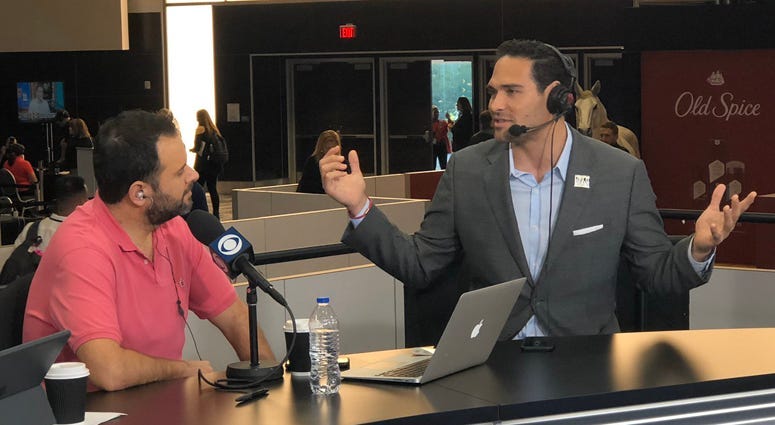 The Redskins are expected to sign QB Mark Sanchez, per source. He'll serve as the back-up to Colt McCoy.

The 32-year-old quarterback will backup Colt McCoy. A gruesome leg injury to Alex Smith thrust McCoy into the starter role. Smith will miss the rest of the season after breaking the tibia and fibula in his right leg against the Houston Texans.

This is one of the main reasons Washington opted to sign Mark Sanchez as its backup QB. With the Redskins playing on Thanksgiving in Dallas, Sanchez will be a quick study. https://t.co/vQkxyJPkv4

Sanchez last played for the Dallas Cowboys during the 2016 season. He appeared in two games, completing 55.6 of his passes -- while throwing zero touchdowns and two interceptions.

The veteran quarterback signed with the Chicago Bears last season, though he did not appear in a game during the 2017 season. On April 13, 2018, he was suspended for four games for violating the NFL's performance-enhancing drug policy. Sanchez tested positive for performance-enhancing drugs while a free agent and cited "unknowing supplement contamination" in his statement to the media following the suspension.

Sanchez has appeared in 77 career regular season NFL games, throwing for 15,219 yards. He has a 56.7 career completion percentage, 86 career touchdowns and 86 career interceptions.

Oddly, his first game as a Redskin will be the sixth-year anniversary of the "butt fumble."