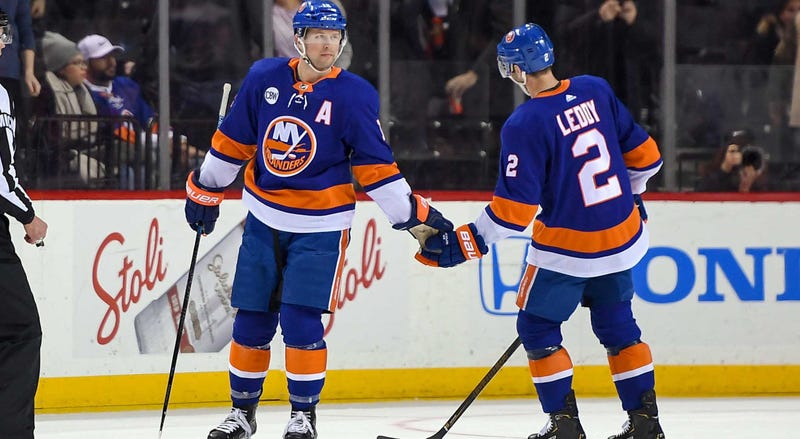 Two of the last three games for the Islanders, they have found themselves on the losing side of the ledger, a 1-0 shootout loss to the best team on the planet, the Tampa Bay Lightning, and last night’s 3-1 loss in Boston.

Both games, sandwiched in between a 4-2 home win over the Los Angeles Kings, were ‘heavy games’ as captain Anders Lee put it last night. They were playoff type games, with little room to maneuver and even heavier forechecking. Games the Islanders are going to have to figure out a way to win as they still hold first place in the Metropolitan division and make a run at returning to the playoffs.

Being ‘in’ each game is nice and all, and shows this Islanders team under head coach Barry Trotz is a real pain in the neck for opposing teams to play. However, it also highlights a major flaw in the offense that we have repeated many times throughout the first 52 games. The power play is sapping momentum from excellent even strength play and failing to convert in crucial spots. And it’s becoming painfully evident that Scott Gomez doesn’t have the answers.

Graziano: How First-Place Islanders Can Actually Improve After All-Star Break

When the playoffs begin, should the Islanders find themselves in the 16-team pool (barring an epic collapse, they will), the power play becomes that much more of an important weapon you have to have in your arsenal. Games are consistently tight and officials tend to put their whistles away more often than not, like we saw last night on multiple occasions. The chances you do get you have to convert on. And New York’s 16 percent ‘success’ rate is way below the league average of 20 percent.

Of the top 10 teams in the league, only Nashville and Montreal have a worse power play than the Islanders and they could look deadly precise on one opportunity, as they did on Jordan Eberle’s tying goal last night, and totally inept on the others. With the game well within reach at 2-1 late in the third period, New York had four consecutive minutes with the man advantage and barely sniffed a high quality chance.

"The first group had a couple of good looks, the second group really didn’t have a whole lot there. Those are defining moments where we need to get the game tied up. Obviously, not enough," Barry Trotz told MSG's Shannon Hogan postgame.

"I thought we moved the puck well, had a couple of good looks, I had some good looks. You have to tip your hat to Rask, he made some solid saves. We had our chances to find the net and we gave them their goals," countered Jordan Eberle.

Matt Martin could be an effective weapon, being instructed to just stand in the slot and take a beating while screening the opposing netminder. The Islanders could then throw pucks at the net instead of passing aimlessly around the perimeter. Michael Dal Colle, who has looked every bit the part since his recall from Bridgeport, could be given a go in place of a struggling Anthony Beauvillier. So far, Gomez and Trotz have stuck to their guns and kept the units intact. But, a change at this point is not only recommended, but essential.

As far as looking outside the organization for offensive help with the trade deadline looming, Ilya Kovalchuk is said to be considering a move out of Los Angeles with the Kings willing to retain some salary and as mentioned, Artemi Panarin and Matt Duchene in trades seem like a pipe dream, due to cost and pending free agency status.

Gomez is going to have to get this figured out it seems with the personnel he has at his disposal. We all should know by now he is not telling the players to overpass the puck, is not telling them to not move and open up space. However, that being said, it’s his job to figure out what’s wrong, address it and get it moving in the right direction.

Four for their last 31, and failing in critical situations, is certainly not moving in the right direction.