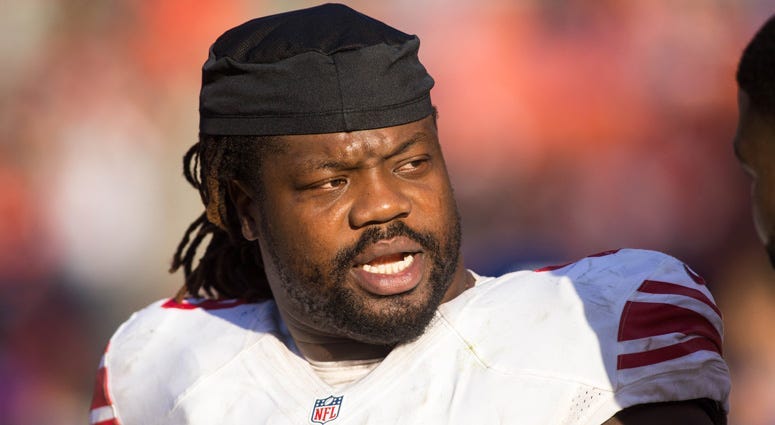 Players have been making their voices heard Wednesday following the decision by NFL owners to approve a new policy that requires all team and league personnel to "stand and show respect" during the national anthem, or "stay in the locker room" or "off the field."

Essentially, the message being delivered is that it's okay to protest, but just don't do it where the NFL fans can see. And Damon "Snacks" Harrison of the New York Giants has been at the forefront of players disgusted by the NFL's new policy.

It’s crazy to think that they think ratings dropped because of the kneeling. ---- I can promise you it was wayyyy more people ACTUALLY not watching due to the support of the kneeling than the ones who opposed. Most of those TV games were actually terrible tbh...

In addition to the divisiveness that this new policy has caused, the NFLPA reported that they weren't even consulted by the NFL.

Amidst a string of tweets made by Harrison Wednesday, one in particular drew attention to how the NFL's new policy goes beyond the field and television ratings.

In 2017, Harrison along with Olivier Vernon and Landon Collins took a knee during the anthem in Philadelphia in Week 3, days after President Trump made controversial comments about players protesting. And in the week following, Harrison stood with a raised fist during the anthem, before he ended any further protests.

As the 2018 season draws closer, it will be interesting to see how Harrison chooses to conduct himself in light of this new policy. Especially since Giants owner, John Mara, is also the chairman of the NFL Management Council Executive Committee, and was someone closely tied to the approval of the new policy.