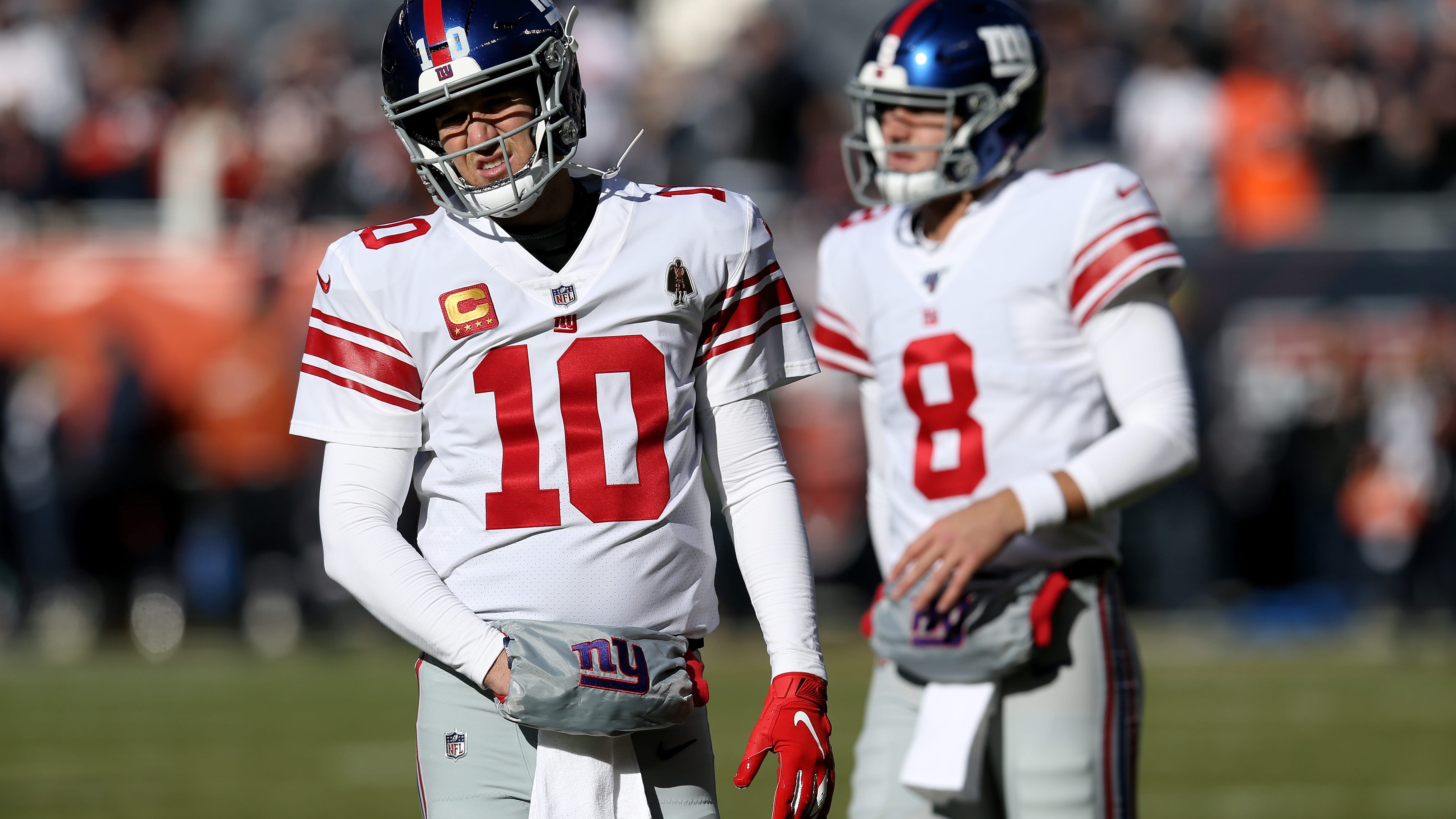 There are few fine farewells for the star athlete. The twin foes of time and decay team up on him until he's embarrassed, benched and shoved into retirement. If he's lucky, they carve out a quick ceremony, hand him a plaque, and one last ovation, before the team, town and sport forget about him.

Not even Eli Manning is spared these indignities. Despite his last name, clutch game and indestructible DNA, the Giants’ QB was quietly but clearly shoved aside for Daniel Jones. It is a sad but natural process in pro sports.

Then, Jones won two quick games and was branded Danny Dimes after two weeks. In over 15 years of faithful service, Eli never got a nickname. But his new role as bench warmer and part-time consigliere was official.

But in a cute stroke of fate, Jones injured his ankle Sunday against the Packers. The injury likely won’t heal in time for Jones to suit up Monday night against the Eagles, which puts Pat Shurmur, the grim reaper who benched Eli in the first place, into the odd position of reviving No. 10 for at least one more start.

Eli earned this. He didn't gripe about losing his job. He's been a good friend and mentor to Jones, and has toed the team line the entire way. He's seen countless teammates dumped into the dustbin of unemployment, without so much as a nod, gold watch, or hearty goodbye.
Photo by Adam Glanzman/Getty Images

His brother was spared the on-screen ugliness of getting old because his Denver Broncos carried Peyton to a Super Bowl victory in his final game. But for every Peyton Manning or John Elway, there are scores of players who are erased as numbers rather than handled as people.

Not that we should feel sorry for Eli Manning. He conquered America's media capital. He's made over $100 million. He was never seriously injured in a sport that all but assures it. And he is clearly the best quarterback in the history of an original NFL franchise. But somewhere under those pads, stats, and highlights is a human being, just as vulnerable as we are. His highs may soar above ours, but his lows can also cut much deeper.

Cynics dismiss Eli as an average quarterback who led two tectonic surges to a Super Bowl trophy, as though he accidentally landed on a football meteor. But Eli was the captain of those two enchanted runs - each one ending with a win over the Patriots - and was the MVP of both Super Bowls. If he does not end his career in Canton, he will join Jim Plunkett as the only other QB to win two Lombardi Trophies without a gold jacket. There are five other NFL QBs to win multiple Super Bowl MVPs, and all of them are in the Hall of Fame. So, you can either bask in his historic public glories or lament his 116-116 record. You can revel in his six trips to the playoffs, or flex a finger at the nine times he failed to reach them.

But no matter your place in the Eli/HOF debate, there's something sweet about seeing him on the gridiron at least one more time. And there's a certain symmetry to it, coming exactly one year since his last win, on December 9, 2018, against the Redskins.

And it's fitting that he gets to play on the stand-alone national stage of Monday Night Football, against the one team that gives Eli particular fits. Indeed, Manning is 1-9 against the Eagles since 2014, with 16 touchdowns, 13 interceptions and an 82.2 passer rating.

There are no miracles left in Eli's arm, and hope has long abandoned the 2-10 Giants. But maybe for 60 minutes the two can team-up for one final curtain call, grab Eli one more win, and one more bow before the masses. You don't have to be a Giants fan to root for them, or Eli, for one night.