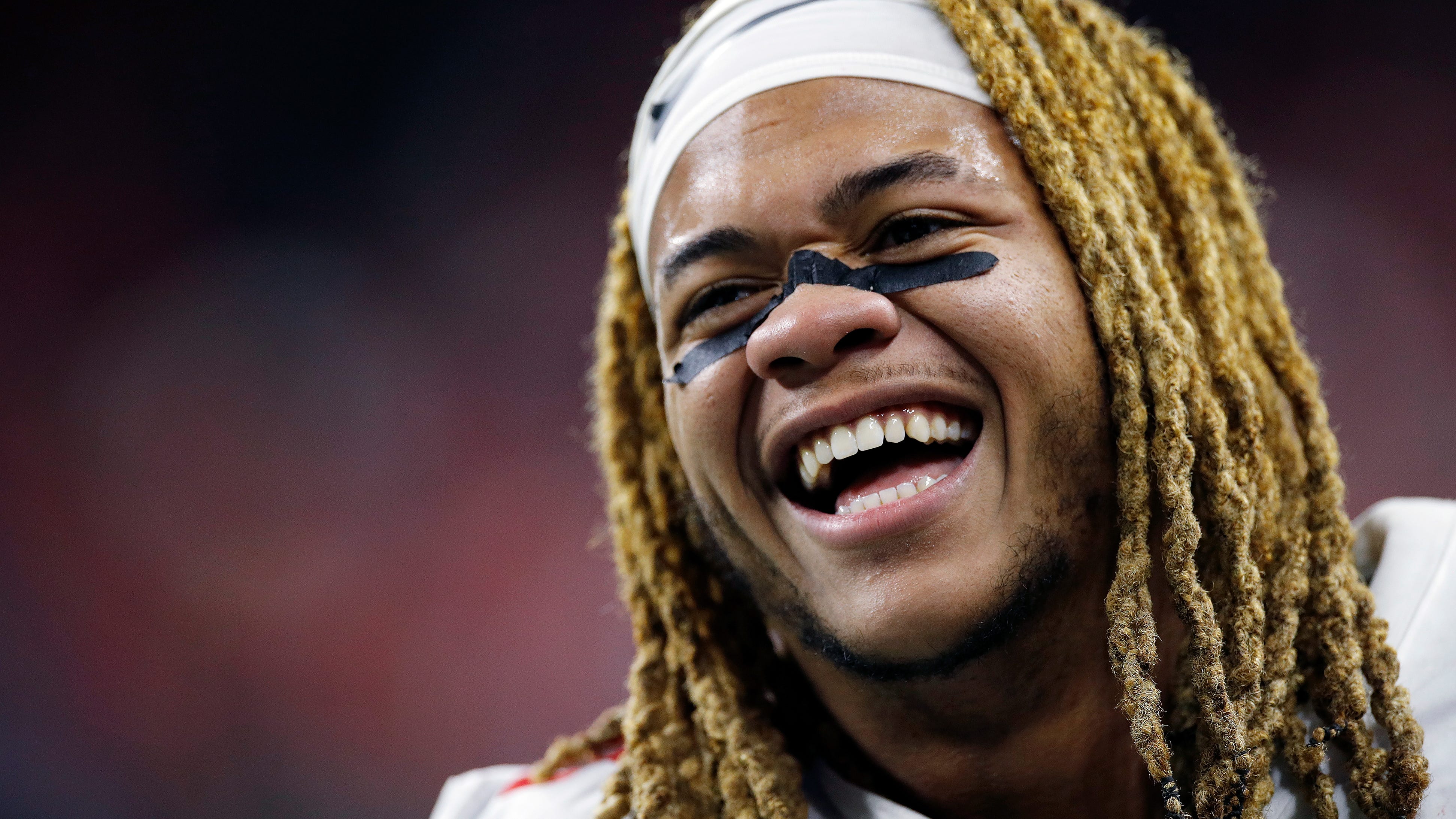 ‘Boomer and Gio’: Giants vs. Redskins Is ‘Chase Young Bowl’

It's a moment more contoured to baseball, a game with no clocks or deadlines. The aging pitcher hurls his final fastball for the home team, waits for the manager to stroll out, pluck the ball from his glove and allow for the old ace to walk slowly off the diamond, to bask in the orchestra of applause, the homemade signs and one final, throaty salute before he ducks into the dugout and out of the sport.

An NFL game doesn't often have the time or sense of timing for that kind of thing. But it did Sunday, when Eli Manning was given a sendoff reserved for Cy Young winners, not Super Bowl champs.

With two minutes left in a sleepy game between the Giants and Dolphins — two teams with a combined 5-21 record entering the afternoon — the Giants were well on their way to their third win in a most forgettable season. Then it gave us an unforgettable moment.

With the G-Men comfortably ahead 36-20, the team pulled Manning from the huddle to the sideline, to have his moment, the NFL equivalent of a pitcher strolling to the dugout, tugging on his cap as a nod to his fans. Making the moment even more cinematic, the Giants called timeout after Eli reached the sideline and peeled off his helmet.
Al Bello/Getty Images

For a few minutes we forgot that the Giants just snapped a nine-game slide. We forgot that Manning was benched after the first two games of this season. We forgot that Daniel Jones is the quarterback of Big Blue's future. And for an ephemeral moment, we were reminded why Eli was so revered. Not just the two rings. Not just the titanium family DNA or his allergy to injuries, but his equal aversion to excuses. While some players slip out like spies from the locker room after bad games, Manning embraced the bouquet of microphones in his face and never blamed a bad game on anyone but himself.

Eli was never the best quarterback in pro football. He wasn't always the best quarterback on the field. He's not the reason Giants Stadium was pummeled, nor the reason MetLife Stadium was erected. He's won 117 NFL games and lost 117 NFL games. In fact, cynics have dismissed Eli as a two-trick pony who led tectonic surges to a Super Bowl trophy four years apart. He'd be nothing if not for those Super Bowl MVP awards, as if you can just erase them from his resume.

But to judge Eli strictly on wins and losses, on third downs and touchdowns, is to miss most of the point. The reason No. 10 is No. 1 in so many hearts was in full view on Sunday. Even as he choked back tears on the sideline as the crowd chanted his name, even as CBS2’s Otis Livingston and others shoved mikes at his mouth and begged him to take credit for his career and his singular place in New York Giants history, Eli demurred. In his eternally modest mien, southern accent and disarming charm, Manning spoke only of the team, the win and the camaraderie that comes with both.

That's why the fans — not just Giants fans, but football fans — so dearly care about him. In a sport with such hard edges like football, we still dig nice guys. Even when we called for him to be benched, it was all about his play, not his personality. Pro football is a sport that kills the old, eats the young and dumb, and discards both on a symbolic landfill far from the camera's reach.

Yet Eli took his beatings, physical and spiritual, and made it cool to be slow-moving and slow-talking, to look lost on one Sunday and then epic the next Sunday. He doesn’t have Derek Jeter’s looks, Mariano Rivera’s cutter or Lawrence Taylor’s talent. He has no entourage, no rap sheet and no complaints.

Being Eli Manning is more than enough.