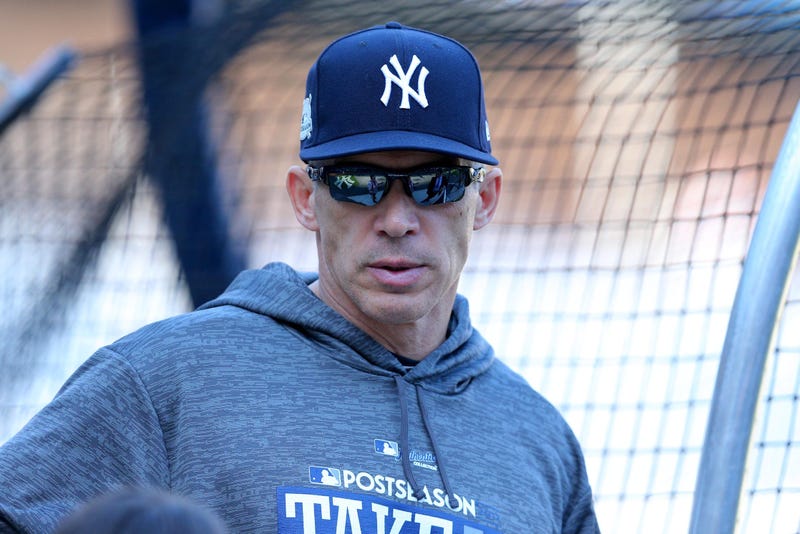 A long time ago, the Giants were a forlorn franchise, fractured by infighting and ineptitude. Eventually, they hired Bill Parcells, who not only led them to two Super Bowls, but also left the Giants and built a legacy as the rebuilder nonpareil. Parcells had an uncanny ability to find the holes and fill them, to turn bad teams into good teams. He was so good at his trade, the Jets also hired him and got within 30 minutes of the Super Bowl before losing to the Denver Broncos.

While it's rare that two New York City teams share coaches or managers, maybe it's time the Mets rip a page out of the Yankees' history book and hire a manager who once led the Bronx Bombers to the World Series.

It's hardly a top secret that the Mets are already in trouble. If you watched “Boomer & Gio” this morning, you saw the ticker plug a piece from CBSSports.com, which reads, "Mets' Mickey Callaway among four MLB managers who could already be on the hot seat this season.''

Was Callaway given a proper chance to show his managerial chops? The Big Apple is not the place for patience. After the Mets started 11-1 last year - giving Callaway's maiden season a magical sheen - they stumbled to a 66-84 record the rest of the way, giving the Mets that same, old look.

Fast forward to this season; Rookie GM Brodie Van Wagenen, with his sweet suits and cool, California mien, retooled the Mets roster into something respectable, a seemingly tasty broth of strong pitching, veteran bats, and rookie Pete Alonso, who is looking every bit like the booming batter the team projected, his last homer treated with scientific marvel.

Again, the Mets trotted out to a nice start, even spending some time in first place. But then the club quickly morphed into a house of cards, now 17-20, tumbling to third place, with no enthusiasm among the fans. It's the same baseball ballad from a club that seems allergic to success.

So, if Callaway is canned, who better to replace him than an old Yankees catcher, manager and champion? Joe Girardi was shockingly dumped by the Bombers after the 2017 season, despite making it to the ALCS - a feat they did not match last year despite having a better club - to make room for the fresh face and cooler temper of the more malleable manager, Aaron Boone.

Like Parcells, Girardi is equal parts tactician and disciplinarian. Callaway's “Summer of Love” approach to managing; adoring his players until they cherish themselves, hasn't translated in the standings. Girardi won Manager of the Year while leading the Marlins, a feat of biblical proportions when you consider their current state. He also got fired after that season, which speaks to his stubbornness and monolithic focus. Like Parcells, Girardi is an acquired taste, but both are winners.

Callaway also wasn't Van Wagenen's choice as Mets skipper. Some folks are good as assistant coaches or coordinators. They have the micro, yet not the macro view, to see past their specialty. Others have the talent and temperament to run an entire team.

Also, G.I. Joe has circled the fishbowl of NYC media for well over a decade as a player and manager. He wasn't always chummy with the press, but many great coaches and managers are just ornery in general.

Girardi has a reputation as being too tethered to the binder, his baseball Bible that has all the data on all situations. He can be moody and tight, rarely with the low-key regularity we see in Callaway, but he wins. Girardi has a career record of 988-794. Callaway is 94-105. And no one would be more motivated to win in Gotham than Girardi, who has to be uber-eager to show the Yankees they made a mistake in letting him walk without so much as a lowball contract offer.

Some will say Callaway didn't get a fair shot, parachuting into a baseball war zone with nothing but a knife between his teeth. It's not his fault Jacob deGrom didn't start this season with the same quiver of dizzying pitches he had last year. It's not Callaway's fault that Noah Syndergaard has hit some speed bumps. Can Callaway be blamed for the team’s woeful .244 team batting average or paltry 39 homers?

No one confuses the Mets' roster with the Yankees’, leaving many to wonder if Callaway had the time or talent to win. Sports are often a meritocracy, but can also be politically charged and a fun-house distortion of society, with players making surreal money, flying in Learjets around the world while the rest of us live in it. It takes a special kind of person to handle the gaggle of egos in the modern clubhouse.

As Parcells once said, pro football is not for well-adjusted people. It takes a particular madness to live in an office 300 days a year, spending endless hours watching film and scouting players. Baseball isn't as violent as football, but it can be just as vicious.

Mickey Callaway is a nice man who loves baseball. But maybe he doesn't have the cadence or countenance to get the best performance from his players. Maybe he's a pitching coach, not a manager. Joe Girardi would not only be inspired to help his new club win, but also show his old club he's still the best manager in the Big Apple.

Follow Jason on Twitter: @JasonKeidel
Listen to Mets games this season on the team's new flagship station -- our sister station -- WCBS 880 AM.