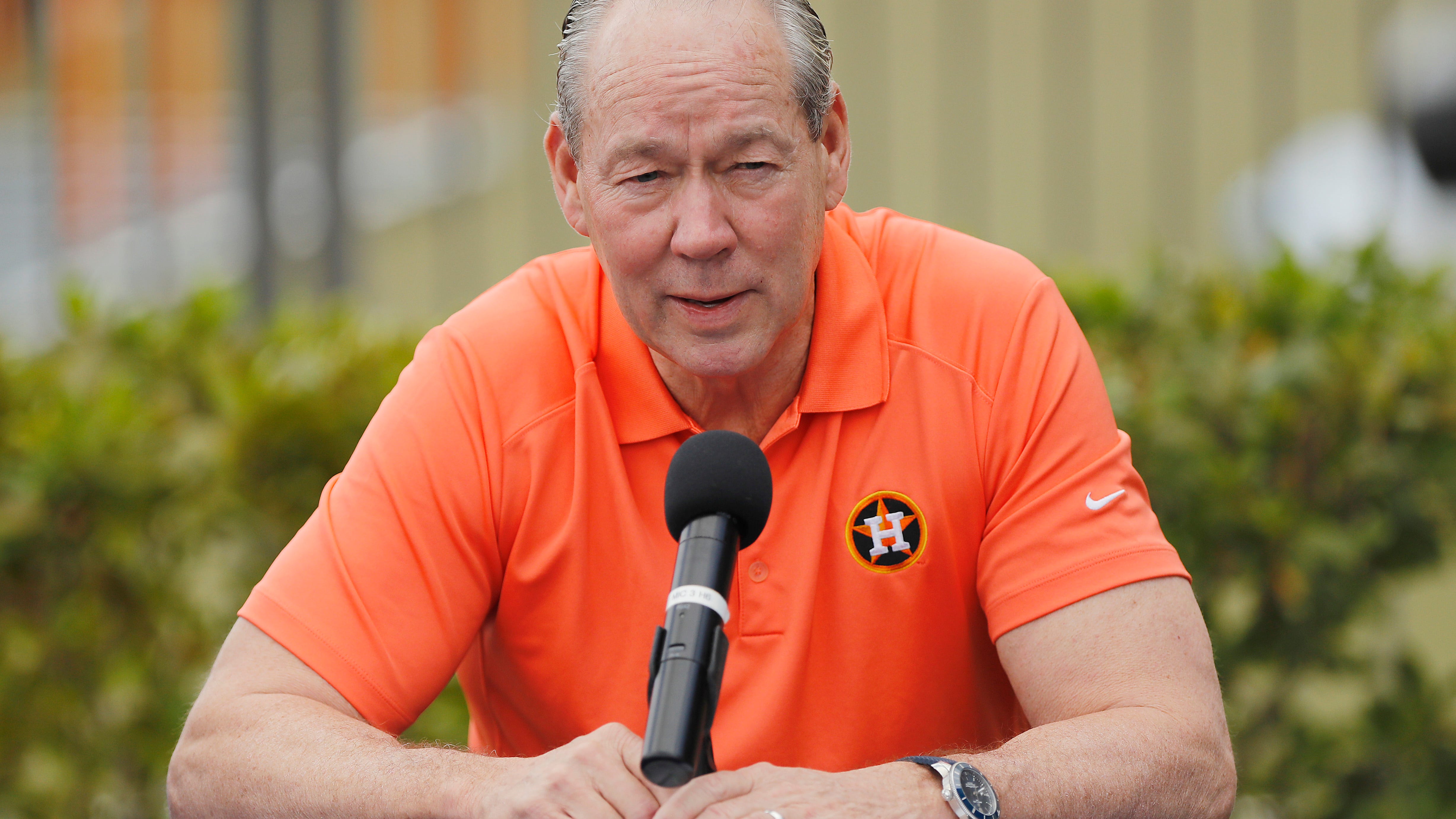 The Yankees still can't shake the bitterness over getting booted from the playoffs by the sign-stealing Astros.

But maybe they should.

Consider how much clearer the runway is for the Yankees to soar over the American League. Their two biggest playoff rivals - the Astros and the Boston Red Sox - are embroiled in scandal. Houston fired GM Jeff Luhnow, perhaps the most hated man in MLB, and its manager, A.J. Hinch. The Red Sox fired manager Alex Cora, whose golden touch in 2018 was clearly massaged by malfeasance. Boston also just traded Mookie Betts - a player some considered one of the team’s best since Ted Williams - to the Dodgers, which places the Red Sox in the muck of mediocrity. (Caesars Palace had the Sox winning 89 games a month ago. Now they've plunged to 85.)

So, Boston and Houston are due for a fall, either by the chaos of managerial shake-ups, or by the karma sure to claw at them all summer.

Vegas still has Houston hovering around 97 wins, which seems a bit steep considering their hierarchy was just detonated, and that they lost their best pitcher, Gerrit Cole, who signed a monster deal with the Yanks. The Astros Cy Young winner, Justin Verlander, turns 37 next week, and their second-best starter this year, Zach Greinke, turns 37 in October.
Photo by Bob Levey/Getty Images

Of course, Houston has enough talent to win the AL West this year, even if the Astros don't stampede to 107 wins, as they did last year. They play in a pillow-soft division, which gives them a 96.9% chance of reaching the playoffs, according to MLB.com. The Angels are second, with a 45.6% chance under new skipper Joe Madden.

So the Yankees, expected to win 100 games by any respectable metric (with MLB.com giving them a postseason probability of a 97.5%) don't seem to have the same ornery path to the World Series. If we dismiss the Red Sox before the season begins, and the Astros at some point before it ends, you wonder where they will face their most thorny competition.

It would most likely - and refreshingly - come from two soft pockets in the AL. The Minnesota Twins, who clubbed their way to 307 homers (an MLB record) and elbowed their way to 101 wins, are projected to win the AL Central again. This is wonderful news for the Bronx Bombers. Jim Pohlad may technically own the Twins, but the Yankees own them in October. Minnesota has lost its last 16 playoff games, 13 of them to the Yanks (including a 3-0 loss in last year's ALDS).

The other team likely to challenge is the Tampa Bay Rays. Caesars Palace predicts the Rays will win 90 games, and MLB.com has Tampa Bay bagging the first AL wild-card spot. Despite their roles as division rivals, the Yanks and Rays have never squared-off in the MLB playoffs.

Tampa Bay is named after a city that doesn't exist (they play in Tampa, FL). But the Rays are a marvel of economy everywhere else. They won 96 games and snagged a wild-card spot last year despite finishing the 2019 season with a $65 million payroll, lowest in the league. By comical contrast, the Yankees are projected to post a $245 million budget in 2020, the biggest in baseball.

Twins manager Rocco Baldelli won the 2019 AL Manager of the Year, but it could easily have gone to Rays skipper Kevin Cash, who had just two true starting pitchers post at least 22 starts last year (Ryne Stanek started 27 games but pitched just over 55 total innings). The Yankees had five such starters and three with at least 28 starts. Despite their dearth of dominant players and their microscopic payroll, the Rays beat the Athletics in the wild-card game and then pushed the mighty Astros to a deciding Game 5 in the ALDS.

So, the Yankees are the chalk to walk to the AL pennant because they should be. This should be their softest path to the Fall Classic in a long time. Then again, they haven't been that far in a long time.

The Yankees are pardoned for their failure to reach the last few World Series because they were likely cheated out of them. If they don't win this year, only their fans will feel cheated.