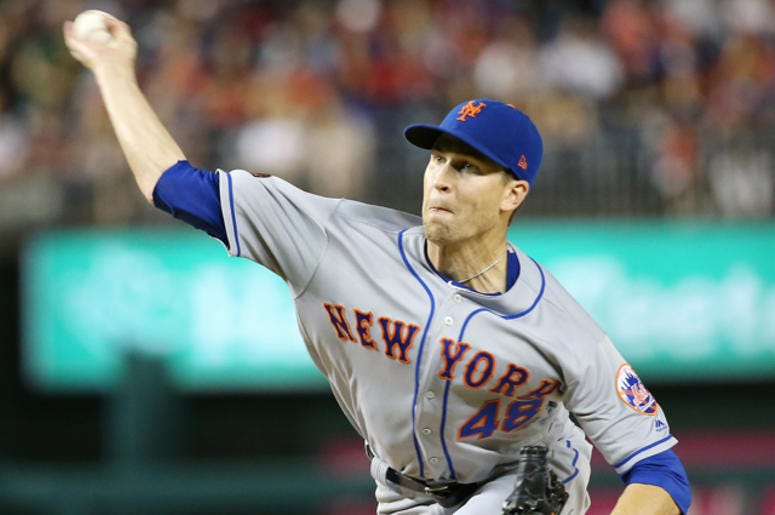 The New York Mets return home this week to close out the 2018 season after going 5-5 on their 10-game road trip.

The Mets made it three wins in the four-game series in Washington with an 8-6 victory over the Nationals on Sunday afternoon in the club's final road game of 2018.

The Mets scored 402 runs on the road this season, the most in the National League heading into the final week of the 2018 schedule.

Michael Conforto, who went 2-for-6 with a triple and three RBIs in the win, led the Mets with 17 home runs and 52 runs batted in on the road this season.

MORE: Tim Tebow Expected Back With Mets In 2019

On Saturday, the Mets were held to one hit in a 6-0 loss to the Nationals.

Austin Voth and four relievers combined on the one-hitter, the first against the Mets this season.

The last time the Mets were one-hit was on Aug. 6, 2017, a 1-0 loss to the Dodgers at Citi Field against Hyun-Jin Ryu and two relievers.

The Mets had been held to one or no hits versus the Nationals/Expos in a road game only twice before in club history, and both times it happened in Montreal.

On Friday night, Jacob deGrom made it a record 23 consecutive quality starts and 28 straight outings allowing three or fewer runs as the Cy Young candidate and the Mets beat the Nationals, 4-2.

On Thursday night, the Mets won the opener of the three-game series with the Nationals, 5-4 in 12 innings.

Jose Lobaton, who had not had a major league at-bat since early June, hit a go-ahead sacrifice fly against his former team in the 12th inning to give the Mets the lead.

It was the Mets’ second 12-inning win in Washington this season. New York also won in 12 innings, 6-5, at Nationals Park on April 8.

On Wednesday, the Mets lost the rubber game of the series with the Phillies, 4-0 in Philadelphia.

Zach Eflin and five relievers combined on the six-hitter. It was the most pitchers the Phillies had ever used in a shutout of the Mets.

The Phils had used five pitchers in two previous shutouts against New York: Vince Velasquez and four relievers beat the Mets, 1-0, on April 9, 2016, at Citi Field; and Bruce Chen combined with four relief pitchers as well in a 2-0 win on Sept. 8, 2000, at Shea Stadium.

Last Tuesday night, Steven Matz became just the third Mets pitcher to hit a home run in consecutive starts, but it was not enough to get a win, as the Phillies rallied for a 5-2 victory.

Here are all the home runs hit by Mets pitchers in two straight games:

Nine Miles of Rough Road: Cut Short. Wilmer Flores is done for the season after being diagnosed with early-onset arthritis in both knees. Its the third straight season that has ended early for Flores, who suffered a wrist injury late in 2016 and a broken nose in September 2017.