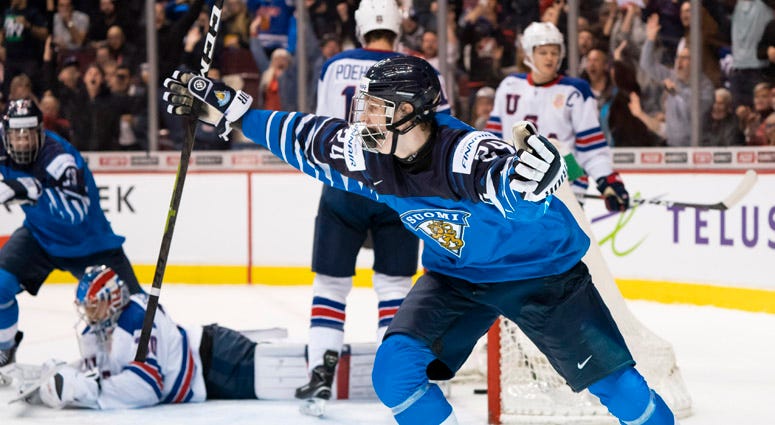 Only 14 days stand between now and the opening round of the 2019 NHL Draft. The consensus opinion among experts is that the Devils will select American center Jack Hughes first overall, leaving the Rangers to select Finnish wing Kaapo Kakko.

Had the positions been reversed, I still think the Rangers would select Kakko given his NHL readiness and their specific roster needs. The Blueshirts possess strong depth down the middle with Mika Zibanejad, Filip Chytil, Ryan Strome, Brett Howden, Boo Nieves and Lias Andersson returning.

Though he is only 18, Kakko possesses an NHL-ready body and the ability to shine in the league right away. He could immediately stake a place on the right wing on one of the Blueshirts’ top two scoring lines. Head coach David Quinn would be delighted if he can roll Pavel Buchnevich and Kakko in succession.

During the preliminary round, he scored twice against Canada. When matched up against the United States, he constantly shed Ryan Suter and Noah Hanifin. Though he did not score in the final, he generated several chances with his fast legs and was denied a goal by a fine Matt Murray pad save.

The way that he dominated NHL defensemen and powered down the right side is proof that he’s capable of putting together a strong rookie year. His combination of strength, gifted hands, shiftiness and impressive straight-line speed makes him a very difficult forward to defend. I’ve said it before – his array of puck skills, elusiveness in tight spaces, physical edge and ability to dominate at a young age is reminiscent of Rick Nash when he entered the 2002 draft.

If he’s available at second overall, the Rangers should have no doubts about selecting Kakko. He’s a high-ceiling forward who in my estimation has the ability to be an immediate contributor and game-changer at the NHL level.