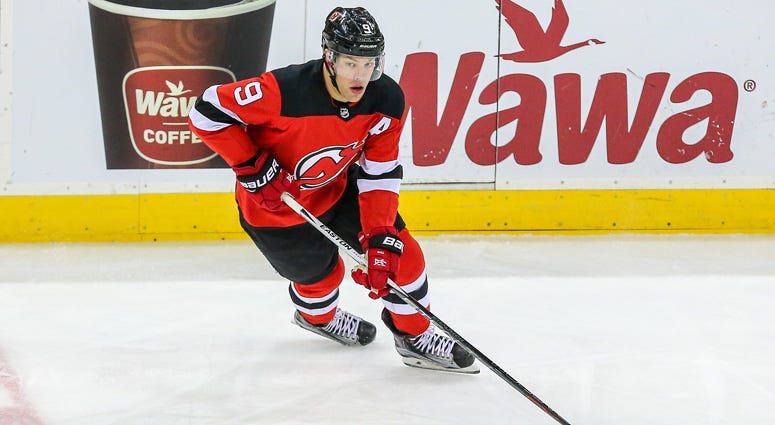 That new smell permeating the bowels of the Prudential Center when the Devils convene for the start of training camp Wednesday is actually fresh air, courtesy of the massive retooling general manager Ray Shero masterminded this offseason after the foul stench of New Jersey’s second cellar-dwelling finish in the Metropolitan Division in three seasons.

Sure, Shero was the beneficiary of some big-time luck when, again, for the second time in three years, the Devils won the NHL draft lottery. There seems to be even more of a buzz surrounding first overall pick Jack Hughes than when Nico Hischier arrived in New Jersey two years ago.

Part of that could be due to Shero’s maneuverings starting the day after Hughes’ selection. The Devils acquired P.K. Subban, a top-pair defenseman with an effervescent personality, in a trade with Nashville that cost them nothing of immediate importance. On July 29, Shero used two more draft picks to steal the rights to and sign Russian wing Nikita Gusev, regarded as the best player outside of the NHL, from Vegas. In between, beefy right wing Wayne Simmonds inked a one-year free agent contract.

It is assumed that all of this was done to send a message to left wing Taylor Hall, the 2018 Hart Trophy winner who is heading into the final season of his deal in New Jersey. Negotiations will reportedly pick up later this month. If winning now is a priority for Hall as he contemplates the next step in his life, there isn’t much more Shero could have done this offseason to make this team more competitive.

Was it enough? Let’s look at where the Devils stand by position.

In a season defined by its underachievement, the Devils’ goalies suffered the biggest letdown. In 2017-18, Keith Kinkaid was a saving grace in net, winning 16 of his last 20 decisions in place of the struggling and/or hurting Cory Schneider to lead New Jersey to a surprising Stanley Cup playoff berth. Last season, Kinkaid regressed to the tune of a 3.36 goals-against average and a .891 save percentage before he was shipped at the trade deadline to Columbus. For his part, Schneider opened up his 2018-19 campaign by going 0-7-2 to run his personal winless streak to a ghastly 21 games.

In the second half, however, a new hope in net emerged in the large form of rookie MacKenzie Blackwood. While not Vezina-worthy, his 10-10 mark last season while playing in front of a minor league-level lineup deserved some sort of medal for heroism. Meanwhile, Schneider rebounded down the stretch to something closer to his 2016 All-Star level, with the league’s seventh-highest save percentage (.927) from the point of his Feb. 15 victory over Minnesota.

So, instead of a huge cloud looking down on the Devils’ goalie situation this season, with Schneider’s anvil of a contract ($6 million average annual value for the next three years) causing the most anxiety, this area might prove to be the club’s most stable.

Even with the Subban trade, this is still the Devils’ weakest link. In their projected top six (Subban, Sami Vatanen, Andy Greene, Damon Severson, Will Butcher and rookie Ty Smith), only Severson stands over 6 feet tall, and I would characterize his five seasons in New Jersey as Downy soft in front of the Devils’ net.

Smith, 19, first needs to perform well enough at training camp to secure a spot on the varsity. The Devils’ 2018 first-round pick has another season of junior eligibility and can’t be assigned to Binghamton. Other questions loom: How much more can the Devils squeeze out of captain Greene, 36, who led the league in short-handed ice time last season? Can Subban and Vatanen rebound from injury-plagued campaigns? Vatanen’s concussion history is most concerning. And, in the grand scheme, how will the right-hand/left-hand pairings shake out, with three of the Devils’ top four D-men all right-handed shots?

Though the Prospect Challenge in Buffalo last weekend confirmed the club’s dearth of young, NHL-ready D-men outside of Smith, New Jersey will bring depth to camp in Mirco Mueller and Connor Carrick. Unfortunately, neither alters the perception of this troublesome unit from one that is defensively deficient.

Hall’s season-ending knee injury in late December put the lid on the Devils’ coffin. If healthy, he can re-emerge as the driving force of one of the league’s most dynamic lines with center Hischier and right wing Kyle Palmieri. Secondary scoring, though, has been scarce since Hall arrived in a trade with Edmonton in the summer of 2016. That should change with Shero’s additions. A new-look line of Hughes, Gusev and Simmonds, for example, would supply skill and jam.

That’s assuming that Hughes, 18, can fulfill expectations. Just watching him last weekend, one can see the elite skating and vision. Details like faceoffs, one-on-one battles and defensive zone coverage, however, might make the Devils ease Hughes’ burden at the onset, possibly even moving him to wing. Of course, I wrote the same thing about Hischier two years ago, and he immediately rose to the challenge.

Having Hughes at second-line center would allow Travis Zajac to drop to the traditional checking line center role for which he was built rather than being expected to produce like a top-six forward. Not that a line with Zajac and wings Blake Coleman and Jesper Bratt would be offensively challenged. Coleman blossomed with 22 goals last season while Bratt was the Devils’ fourth-highest points-per-game scorer, only slightly behind Hischier and Palmieri.

Two-thirds of the fourth line is set following the end to the Pavel Zacha restricted free agency saga on Tuesday. Zacha, the sixth-overall draft pick in 2015, may be underachieving offensively, but he’s one of the Devils’ better penalty killers. He’ll be flanked by Miles Wood and one of the youngsters who auditioned in the second half of last season — Kevin Rooney, Brett Seney, Michael McLeod, Joey Anderson and Nathan Bastian, among others. I expect free agent wing John Hayden to fill the Drew Stafford role as the club’s extra forward. The competition in training camp for that final lineup slot should be intense.