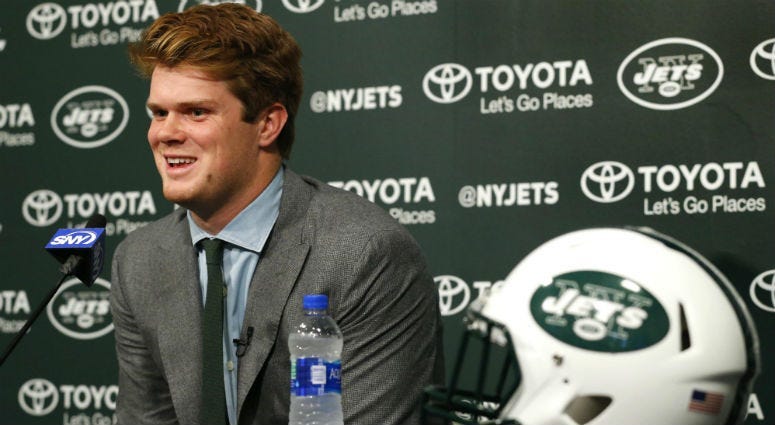 Whether the five rookie quarterbacks drafted last month work out or not, the 2018 Draft and season will largely be noted for the influx of new blood at the most important position in professional football.

Prior to the draft, the belief was that UCLA’s Josh Rosen was the most NFL ready, and the fact that he was selected by the QB-needy Arizona Cardinals has done nothing to change that scenario.

The presence of Sam Bradford and the $20 million that the Cardinals gave him appears to give the veteran the inside track, but that is merely subterfuge.

New head coach Steve Wilks is setting the tone for the team in his first year at the helm. Even if Bradford has the better training camp and looks more comfortable during the summer, the one thing that everyone knows about Bradford is that he will get hurt – and most likely sooner rather than later.

The belief here is that Rosen will either win the job this summer, or be good enough to take over as the starter before the end of September.

He is ahead of the other first-round quarterbacks at this point, but don’t count out Sam Darnold from having an excellent opportunity to start the majority of games in his first year with the Jets.

The Jets were saying prior to the draft that Josh McCown will be the No. 1 quarterback this year, but Darnold will get an opportunity to show what he can do this summer and potentially take the starting position.

The greater likelihood is that McCown will at least get to start a couple of games before Darnold gets a chance to play. While the personal rivalry with Rosen means little to Jets head coach Todd Bowles, he has to know that his rookie quarterback does not want to play second fiddle to any of the other rookie signal callers, especially the one from UCLA.

While Rosen and Darnold have an excellent chance to play and start a majority of games this season, Josh Allen is not going to play very much in Buffalo unless the Bills suffer injuries at the position to AJ McCarron and Nathan Peterman. Allen is the No. 3 quarterback on the depth chart and he clearly has a huge gulf to maneuver before he is competent enough to play regularly in the NFL.

Buffalo general manager Brandon Beane has to protect his first-round draft choice from Wyoming and give him a chance to pick up the nuances of the pro game before he gets thrown in and asked to make plays. There is no doubt about Allen’s arm talent or potential, but he has too much to learn at this point to step in.

That brings us to No. 1 overall selection Baker Mayfield and his stature with the Cleveland Browns. The Browns have taken the stance that Mayfield would have a “redshirt” season and that Tyrod Taylor will be the quarterback this year.

While we have more faith in Taylor than the Bills did the last two seasons, there will undoubtedly be pressure on the Browns to play the No. 1 draft pick this season. That pressure will grow if Rosen and Darnold see significant action.

We believe that Mayfield is likely to struggle whenever he gets an opportunity, and it would not be a surprise if he got a chance to play in the second half of the season.

Lamar Jackson was selected by the Ravens to make sure the team gets a better effort out of Joe Flacco, and that thought process should be perfect. Jackson is a talented player who may not be a picture-perfect passer, but he is an effective leader who is not going to be overwhelmed by the moment.

Jackson should thrive under pressure, and Flacco will sense that.

Look for Flacco to have a much better year than he did in 2017, and that means Jackson will see limited playing time, barring an injury at the position.

The Oakland Raiders have been making moves like an expansion team during the offseason. It seems that signing Jon Gruden for $100 million to coach the team means that he could not work with the talent at hand in Oakland, even though it was definitely in the upper half of the league and most likely in the top 25 percent.

The Raiders have brought in more than 20 free agents, made four trades, released 10 players and added nine rookies through the draft. It could be quite difficult for Gruden to knit everybody together and have this team play cohesively.

The belief is that a poor start this year will keep the Raiders from becoming serious playoff contenders.

The Colts publicly maintain hope that Andrew Luck will be their No. 1 quarterback from start to finish, but that optimistic tone may not be warranted.

Luck did not throw the ball at all during the Colts’ minicamp in April. The teams has said that it is not a setback, but questions linger about Luck with training camp around the corner.

Luck is trying to watch out for his shoulder, but he has not thrown a pass since the 2016 season finale. That’s a long time, and that means Luck and everyone associated with the Colts have to be filled with doubt.