“It’s over. We are screwed.” That’s been the general sentiment around MLB over the past 48 hours and after weeks of fruitless negotiations—if you could even call them that—how could anyone see baseball’s glass as anything but half-empty? With commissioner Rob Manfred’s public acknowledgment that MLB’s 2020 season is on life support, the once comical idea of Mookie Betts never playing a single game for the Dodgers (after L.A. traded Alex Verdugo and top prospect Jeter Downs to the Red Sox, no less) has become an increasingly realistic scenario.

The Dodgers won’t be the only ones burned if MLB decides to pull the plug on its doomed 2020 campaign. Betts, once primed for Bryce Harper or at the very least Manny Machado money, may have to settle for a short-term Band-Aid at much less than his reported $35-million-a-year asking price (one can safely assume teams won’t be keen on handing out enormous contracts after losing millions on ticket sales and concessions in 2020). No amount of mental gymnastics can convince me that a canceled season would benefit anyone, even players recovering from injuries like Noah Syndergaard (Thor was due $9.7 million this year). Of course, some players, particularly impending free agents like Betts, will be affected more than others. Here are 10 big-leaguers who need baseball back in the worst way: 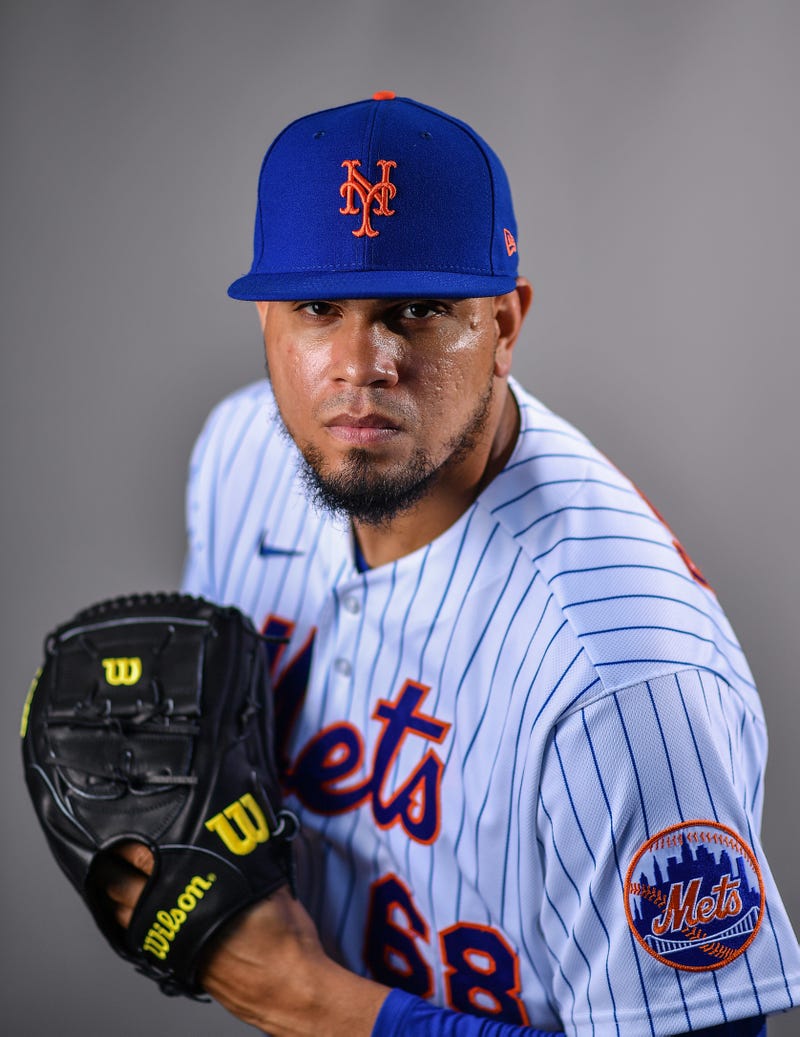 Betances was, at one point in time, among the most decorated setup men in baseball. The 6’8” right-hander appeared in four straight All-Star games for the Yankees before injuries and inconsistency began to take their toll. Betances literally limped into free agency (he tore his Achilles in September), landing with the Mets on a one-year prove-it deal this offseason. The 32-year-old flamethrower had hoped to restore his reputation as one of the sport’s premier bullpen arms while providing insurance for erratic closer Edwin Diaz (coming off a catastrophic debut season in Queens) in the ninth inning, but with 2020 reportedly in jeopardy, Betances’ redemption arc may have to wait a year.

Coming off an effective but not quite MVP-caliber 2019 (.295, 29 HR, 80 RBI, 16 steals), Betts needed 2020 to be his best year yet. That dream has already been dashed—the best we can hope for at this point is probably an abbreviated 48-game regular-season slate with the usual October playoff festivities to follow. But now Betts is in danger of not playing a single game for a team that gave up plenty to get him. Not only would Betts potentially sacrifice his second World Series ring (he was Boston’s table-setter during the Sox’s triumphant 2018), but with no end in sight to MLB’s current labor strife—it’s hard to imagine either side keeping things civil in upcoming CBA negotiations—the four-time Gold Glove recipient could be looking at a drastically reduced market. One wonders if Betts would even consider signing a one-year deal in hopes of a bigger payday in 2022 (not likely but stranger things have happened). When the Red Sox presented Betts with a 10-year, $300-million extension, the All-Star right-fielder countered at an ambitious 12 for 420. With the 2020 season on the verge of going up in flames, Betts may have made, as Gob Bluth would put it, a huge mistake.

After posting career-highs in virtually every stat category (runs, home runs, steals, slugging percentage, WAR) during his breakout 2018, Gregorius came back to earth in a big way last season. The shortstop showed noticeable rust in his return from Tommy John surgery, watching his average plummet to an abysmal .238 while contributing his lowest OPS (.718) in five years. Didi’s injury-spoiled 2019 threw a wrench in his free agency plans, leading to a one-year union with the Phillies this offseason. A bounce-back season in Philadelphia could have paved Gregorius’ path to free-agent riches in 2021, but if MLB can’t salvage its season amid continuing labor unrest—and let’s not forget the health risks associated with COVID-19—it will be back to the drawing board for the 30-year-old shortstop. With teammate J.T. Realmuto also in his walk year, GM Matt Klentak will have his work cut out for him in next year’s free agency. 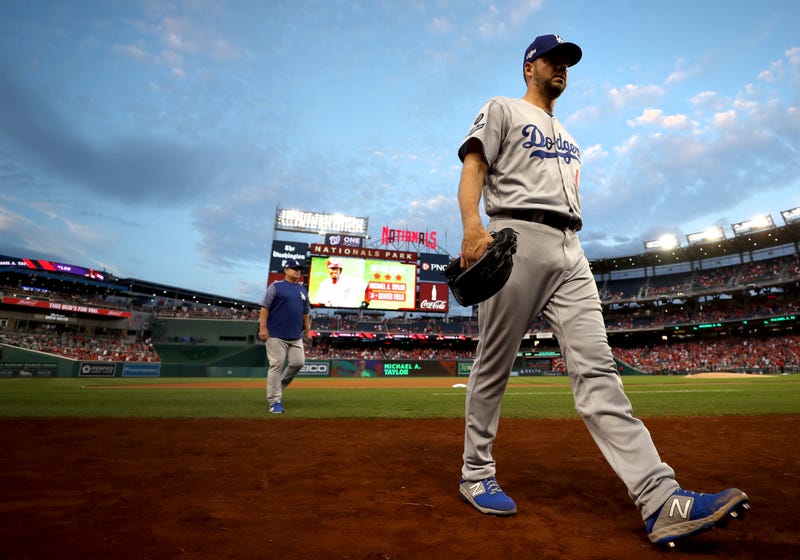 Hill may not be the hardest thrower in MLB, or the youngest, but when healthy, the 40-year-old southpaw has been as good as anyone of late, compiling a steady 3.00 ERA with an equally superb 10.64 K/9 over his last four seasons. Coming off a division title last year, the home-run-happy Twins look poised to make another postseason push in 2020. Minnesota’s embarrassing playoff track record looms over the franchise like a dark cloud, but maybe the sturdy left-hander (2.76 postseason ERA since 2016) can change the narrative. Hill is running out of time to add to his career resume and with injuries mounting, 2020 has a chance to be his big-league swan song. One of the more underappreciated pitchers of his era, Hill deserves a better sendoff than to have his final season potentially obscured by an infuriating labor standoff between uncompromising owners and the similarly stubborn players union.

Kershaw has had nearly eight months to ponder his meltdown against the Nationals, the latest in a long line of postseason failures for the stud left-hander. As good as the left-hander has been throughout his Dodgers tenure, the three-time Cy Young winner has yet to quell his October demons. With Justin Turner and Mookie Betts headed for free agency and Kershaw slated to hit the open market himself in 2022, L.A.’s title window won’t be open forever. The perennial All-Star is already a first-ballot Hall of Famer, but with a Dodgers roster that screams “World Series or bust,” 2020 may be Kershaw’s best chance yet to bring a championship to Chavez Ravine. While Walker Buehler has arguably surpassed him as the staff ace, the Dodgers will always be Kershaw’s team. The 32-year-old is surely chomping at the bit to redeem himself after last year’s collapse but with MLB struggling to get its season off the ground, it’s anyone’s guess when Kershaw will be afforded that opportunity.

Ozuna’s bat was nowhere to be found last year. Sure, his power stroke shined through at times (29 homers), but Ozuna’s hideous .241 average was the lowest of his seven-year career. The 29-year-old joined a crowded Braves outfield this offseason, hoping a change of scenery would improve his production ahead of next year’s free agency. Atlanta paid a pretty penny for Ozuna, but the length of his contract (one year, $18 million) suggests the Braves aren’t entirely sold on the outfielder’s long-term prospects. We’ve seen what Ozuna can do when he’s firing on all cylinders—he roared to a .312/.376/.548 batting line with 37 blasts and 124 RBI during his breakout 2017—but that hasn’t been the case recently. With former World Series MVP Cole Hamels also on a one-year deal, Atlanta would be in a world of hurt if MLB can’t revive its dormant 2020 season. 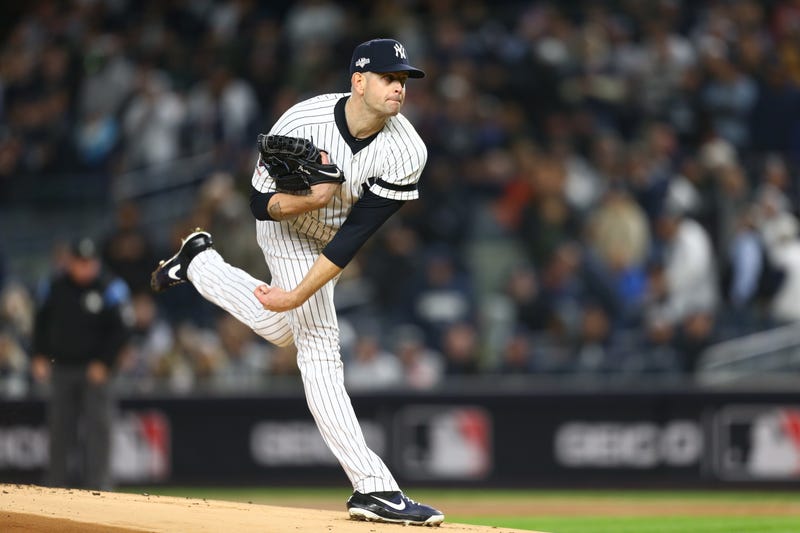 Big Maple had a lot riding on 2020. Paxton’s debut season for the Bombers would best be described as uneven (3.82 ERA, 1.28 WHIP) and, despite the lanky left-hander’s affinity for high heat, injury-prone 31-year-olds aren’t typically a coveted commodity in free agency. The glass-half-full crowd would argue the COVID layoff has actually been a blessing for Paxton and his balky back but I don’t see it that way. Not only would a scrapped season hamstring Paxton’s free-agent pursuits, but it would also deprive him of his best, and perhaps only, shot at achieving World Series glory. Like all of us, Paxton should be on his knees, praying to high heaven for a 2020 season.

Porcello, who broke into the bigs as a wide-eyed 20-year-old in 2009, could learn a thing or two about timing. For instance, submitting a career-worst season (his 5.52 ERA last year was dead-last among qualified starters) on the eve of free agency? That’s a bold strategy, Cotton. The sinker-favoring 31-year-old paid dearly for his 2019 misdeeds, needing the Mets to rescue him from free-agent purgatory. Porcello, an ex-Cy Young winner who logged 17 victories as recently as 2018 (albeit with plenty of run support), was hoping to reverse his fortunes with a bounce-back 2020 before hitting the market with a bit more pep in his step next winter. And while the prospect of a Porcello renaissance in Flushing remains a distinct possibility, continued sparring between disgruntled players and fed-up owners doesn’t bode well for the veteran innings-eater.

It’s been a long hard fall for the Astros, who have seen their reputation decimated amid a bombshell cheating scandal. Nobody in baseball has more to prove than Houston this year with the Astros needing a convincing 2020 to quiet the voices questioning the legitimacy of their 2017 world championship. Springer, whose heroic World Series performance propelled Houston to its first title, is staring down the barrel of free agency and could certainly use a strong 2020 to dispel any lingering doubt about whether his robust counting stats (he launched 39 homers in just 122 games last year) are genuine or merely a product of the Astros’ nefarious sign-stealing scheme. A rangy center-fielder with a knack for depositing balls in the seats, Springer and the hated Astros will be gunning for everyone in 2020 … unless baseball’s current labor hell stands in their way. 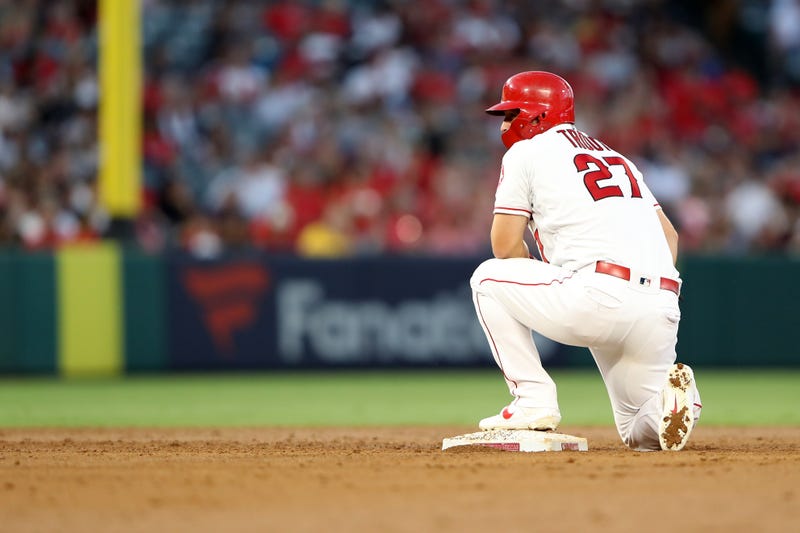 The real victim in all this is probably us, because a canceled season would mean missing another year of Trout’s athletic prime. Sure the 28-year-old doesn’t say a whole lot (Trout has always been the strong silent type), but that’s because he lets his bat do the talking. The Angels have largely squandered Trout’s greatness by surrounding him with subpar talent (dual-threat unicorn Shohei Ohtani not withstanding) and now MLB is in danger of doing the same by letting its top asset collect dust amid a lost 2020. Trout may be the best non-chemically-enhanced player of our lifetime and baseball can’t afford to waste him. With 2020 already being whittled down to the bare essentials—a 48-50-game season seems most likely, if we play at all this year—and a strike looming in 2022, we may be missing out on some of the best years of millennial Mickey Mantle’s Hall of Fame career. That’s a sobering possibility but if the league can’t get its ducks in a row, it might be our unfortunate reality.