Of the teams that were in the top 10 in last week's RADIO.COM Sports NFL Power Rankings, just five of them won in Week 6.

As much as the Seattle Seahawks need to figure out defensive solutions to remain among the sport's elite, they were on the bye in Week 6, and remain undefeated in 2020. With that, they hold serve with their positioning on the countdown from a week ago.

That said, four other teams in last week's top 10 lost, and many in relatively ugly fashion.

After jumping out to 10-0 lead in Tampa Bay, Aaron Rodgers threw two interceptions and the Green Bay Packers gave up 38 consecutive points in a throttling at the hands of Tom Brady and the Buccaneers.

Things didn't go much better for the Cleveland Browns, who after four consecutive victories got curbstomped by the Steelers in Pittsburgh, losing 38-7.

Meanwhile, despite Drew Lock's best attempts late in the game, the New England Patriots weren't able to overcome an early deficit to the Denver Broncos, suffering a loss that we can confirm pushed them well out of this week's top 10.

And finally, the Buffalo Bills, undefeated just two weeks ago, lost for the second time in as many weeks, falling this time to Patrick Mahomes and the defending Super Bowl Champions. Sean McDermott's traditionally stout defensive unit has struggled in 2020, which has become apparent in the past two weeks when Josh Allen and the offense haven't been able to put up 30 plus points per game, as they did through the first quarter of the season.

So among these teams, who saw the biggest dropoff this week? Without further ado, here are this week's RADIO.COM Sports NFL Power Rankings: 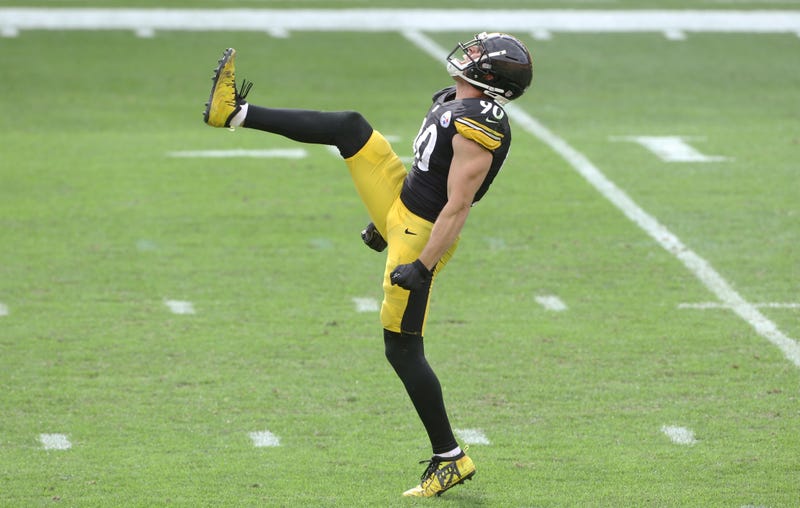 In their four previous contests, the Cleveland Browns had scored 37.5 points per game. They arrived in Pittsburgh for a key AFC North battle, and arguably the best defense in the NFL limited them to just seven total points. We focused quite a bit last week on the emergence of Chase Claypool, who looks like a legitimate star. But make no mistake, this is a team built around its defense. Losing Devin Bush to a season-ending ACL tear is unfortunate, but the Steelers are holding opponents to less than 19 points per game in their first five games of 2020. Bud Dupree, T.J. Watt, Stephon Tuitt, Cam Heyward and Minkah Fitzpatrick are part of a defensive unit that makes you believe that the Steelers have a chance to make a deep playoff run. 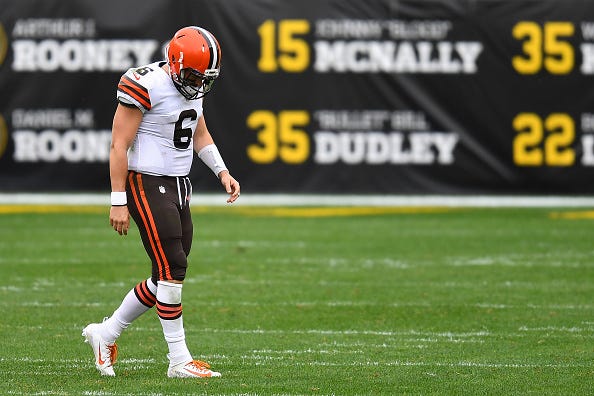 Baker Mayfield and the Browns were blown out by the Steelers. Photo credit (Joe Sargent/Getty Images)

How Will Browns Respond After Difficult Loss?

In their four wins in 2020, the Browns have outscored opponents 150-111. That said, in their two losses this season, Kevin Stefanski's squad has been outscored by an embarrassing total of 76-13. To make matters worse, the team's two losses came at the hands of division-rivals, the Baltimore Ravens and Pittsburgh Steelers. As the team waits for Nick Chubb to return, it will be interesting to see how Baker Mayfield, Odell Beckham, Jarvis Landry and Kareem Hunt respond in a Week 7 matchup with the Cincinnati Bengals. The Browns have been a really fun team to watch when things are going right in 2020. Can they rebound from a second difficult divisional loss and regain that swagger? 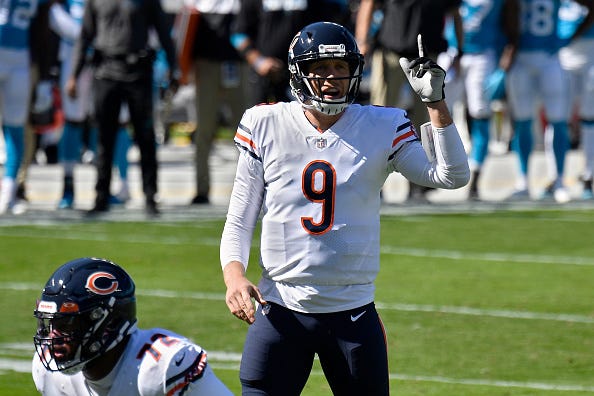 Just How Good Are The Bears?

Perhaps it's unfair to have a team that's 5-1 outside the top 10, but we're continuing to keep the Bears at bay at this point. The Bears have a +12 point differential after six weeks. By comparison, the Kansas City Chiefs, the sport's other 5-1 team, has a +48 point differential. The debate here isn't whether the Bears will contend for a playoff spot. But will they continue to be in the mix for the top seed in the NFC? That seems unlikely, given the offense's limitations. Nick Foles and company are about to hit a difficult stretch in their schedule, as four of their next five opponents - the Los Angeles Rams, New Orleans Saints, Tennessee Titans and Green Bay Packers - have winning records. If the Bears make it through that stretch at the top of the NFC North, they'll certainly jump into the top 10, and probably higher. 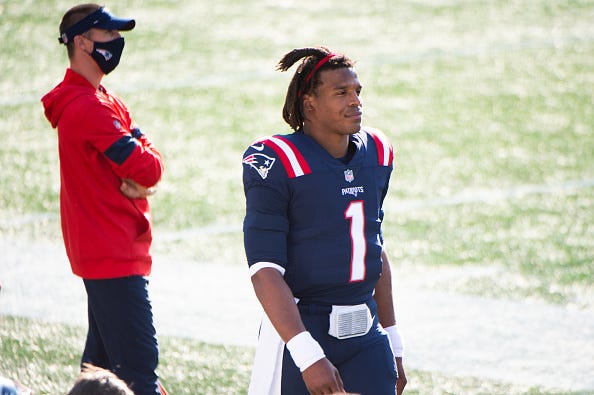 Patriots Fall Under .500 After Shocking Loss

The Denver Broncos let them back in the game late, but by and large, Week 6 was a disastrous effort by Bill Belichick's Patriots. The organization now finds themselves in the unfamiliar spot of being under .500 - 2-3 - in late October. Things won't necessarily get easier for the Patriots in the next month. They'll see old friend Jimmy Garoppolo and a resurgent San Francisco 49ers team in Week 7, and also have matchups with the Buffalo Bills and Baltimore Ravens on tap this month. In an AFC East where no one is running away, it will be interesting to see if Cam Newton can help to rally a team that has a negative point differential through their first five contests of 2020. 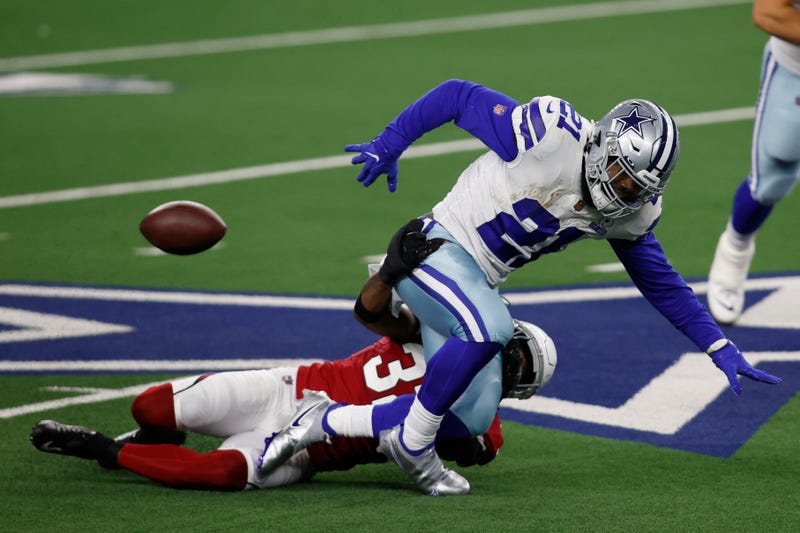 Cowboys Appear on Verge of Collapse

Never mind the NFC East, the Cowboys didn't look like a team that will win another game this season in their first game without Dak Prescott, getting shellacked by the Arizona Cardinals on Monday Night Football. Andy Dalton really struggled in his first start, throwing two interceptions and looking very rusty. The bigger concern, though, is that Ezekiel Elliott fumbled twice, upping his total on the season to five. What's more, the former All-Pro doesn't seem to run with the same explosion that he once did, a concerning sign for the Cowboys, who can't get out of his deal until after the 2022 season. It feels like a matter of when defensive coordinator Mike Nolan will be fired, not if. But after a very underwhelming finish in Green Bay, Mike McCarthy needs a much better showing the rest of the way out himself. 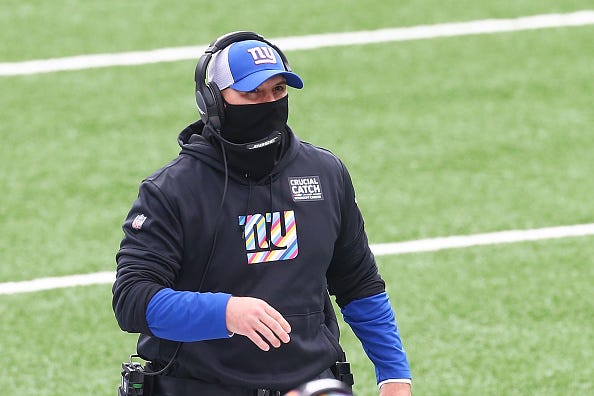 Joe Judge and the Giants got their first victory in Week 6. Photo credit (Mike Stobe/Getty Images)

Giants Get First Win, but at What Cost?

The Giants defeated the Washington Football Team in Week 6, thanks in large part to Kyle Allen's indecisiveness on a go-ahead two-point conversion attempt. So the Giants have their first victory of the Joe Judge era, but what are the ramifications of that win? The Giants now lose the tiebreaker to the division-rival Washington Football Team, meaning the Giants are less likely to land Clemson quarterback Trevor Lawrence or Ohio State quarterback Justin Fields, whichever one doesn't end up on the in-stadium rival New York Jets. The one win probably went a long way in helping Judge to get on his feet and potentially avoid being a one-and-done. Beyond that, it's hard to find too many positives.