A Giants legend is questioning just how good Saquon Barkley really is after the star running back's historically rough night against the Pittsburgh Steelers on Monday.

Barkley's spectacular 38-yard reception might have generated buzz on social media, but his otherwise forgettable outing against a stout Pittsburgh front seven should be a major red flag for the G-Men, according to franchise great Tiki Barber. 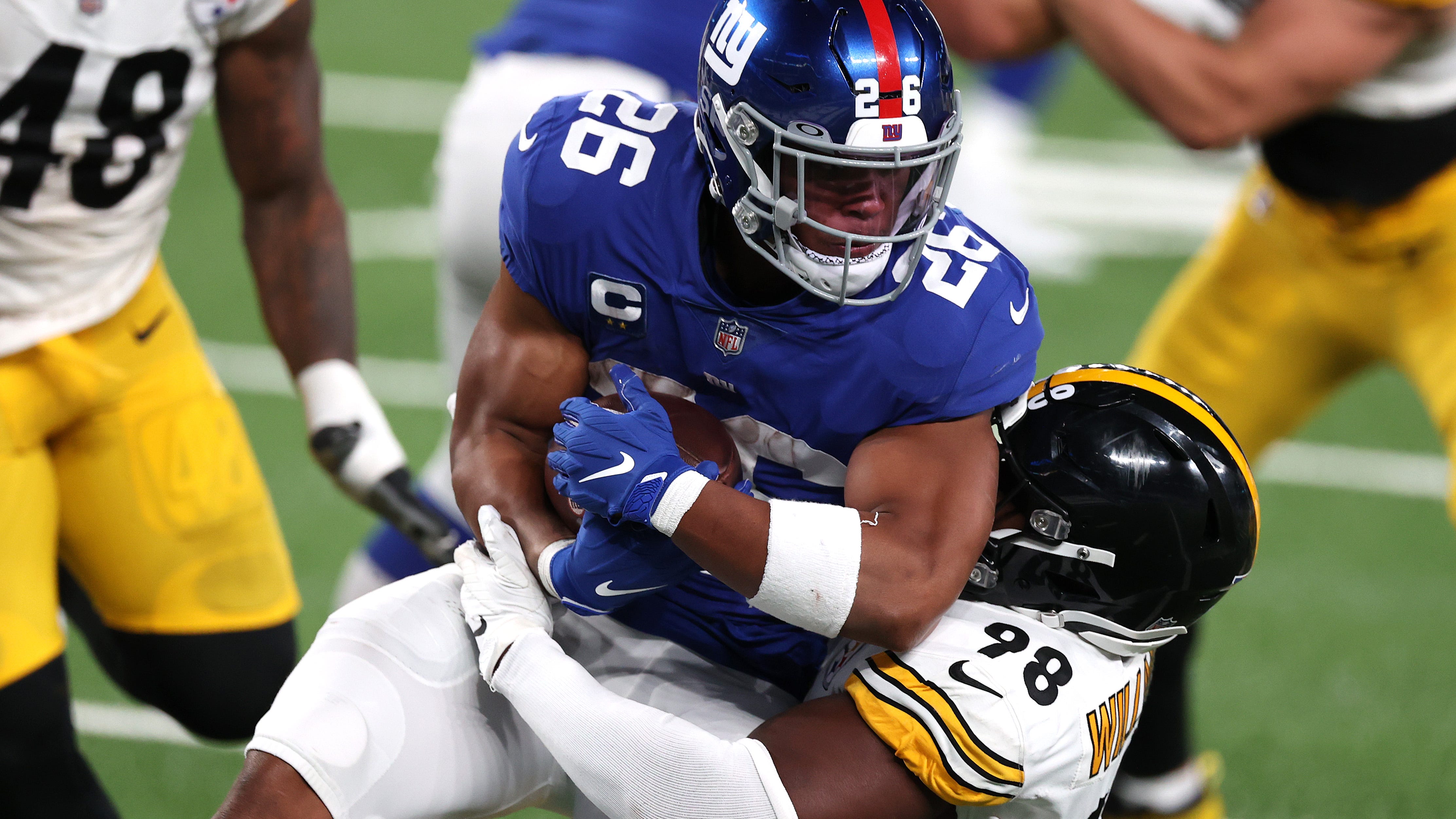 The third-year pro is a "great back," Barber explained this week on his CBS radio show "Tiki And Tierney," with co-host Brandon Tierney -- but one primary flaw is holding him back.

"Saquon Barkley is a great back, but he might not be an every-down back," Barber said. "He cannot pass protect. It's becoming glaring, and it could become a liability."

"Saquon Barkley is a great back, but he might not be an every down back. He cannot pass protect. It's becoming glaring & could become a liability"@TikiBarber says Saquon needs to vastly improve his pass-blockinghttps://t.co/XPocW1rdxt pic.twitter.com/qigna0i9Gm

"It's probably the only issue he had to deal with coming into the NFL," Barber explained. "He wasn't asked to do it at Penn State. You see him diving on the ground, not sticking his head in peoples' chest. It's going to be a liability. People see it now -- it's on tape. And it's going to come out."

"If you watch him -- if you've watched him through the past couple of years -- he doesn't want to block," Barber said.

"I learned this early on in my career, because I was a third-down back before I was a 'star running back:' If you can't block, you can't be on the field on third down. You just can't.

The three-time Pro Bowler suggested there's a little too much lightening and not enough thunder in Barkley's game.

"You gotta go hit a dude. Saquon Barkley is a big man. He doesn't want to hit anybody. It's frustrating to watch. ... He's a big back who wants to play small."

Barkley and the Giants will get a chance to right the ship against the Bears in Chicago on Sunday.