The Jets have been called everything from a clown show to a dumpster fire, but we may have to start coming up with harsher terms.

After all, through six weeks, the Jets' point differential is on track to be the worst in NFL history. Sitting at -110 points, it's as bad as the next two teams at the bottom of the list — the Washington Football Team at -54 and the Jaguars at -56 — combined. Ryan Fitzpatrick got pulled from the Dolphins' Week 6 contest against the Jets not because of poor performance, but because they were up so much at the end of the game that it was officially time to let Tua Tagovailoa make his long-awaited debut.

So, yeah. The Jets stink. And through six games, they haven't done much to inspire confidence that they'll win any games throughout the 2020 season. It's not like we haven't thought this about teams before, however. Take the 2019 Miami Dolphins, for instance, who seemed to have blown their best chance at a win by taking a one-point loss to the Washington Football Team in Week 6 after getting decimated by the Ravens (59-10), Patriots (43-0) and others.

Who did they eventually end their losing streak against? The Jets, of course, in Week 9.

Will the Jets be able to follow a similar trajectory as the Dolphins, winning a game at some point in the middle of the season? With the Bills, Chiefs and Patriots slated as their next three opponents before a bye week, it doesn't seem as though that will happen any time soon.

So will they go winless the whole season? There's a chance. Let's look at two other teams that went winless in recent years — the 2008 Detroit Lions and the 2017 Cleveland Browns — to see how the 2020 Jets stack up against these abysmal rosters through the first six games. There may be takeaways; there may not be any takeaways. But one thing's for sure: these stats are going to be ugly. When you match up comparably with two 0-16 teams, there's not a whole lot to love. 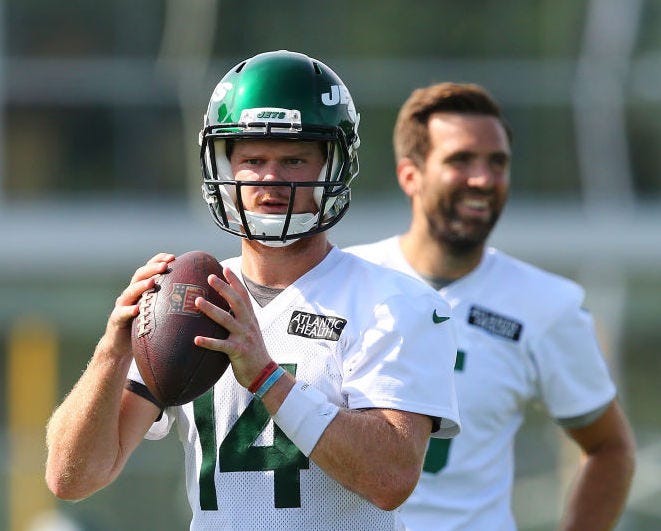 It's telling that all three of these teams had to start multiple quarterbacks within their first six games, but it's probably harder for Jets fans to stomach considering this may have been the last chance Sam Darnold had to prove that he was worth his third-overall value. Still, DeShone Kizer was a second-round pick and was likely viewed by many with the Browns as the team's quarterback of the future... let's just say that didn't pan out.

With fewer yards and fewer touchdowns than both the 2008 Lions and the 2017 Browns through six weeks, Darnold (and Joe Flacco) don't have much to speak for. The offensive line isn't great, as Football Outsiders ranks it as the No. 26 unit in terms of pass protection. But the Lions' 2008 offensive line was ranked dead last using the same metrics, while the 2017 Browns' line was ranked No. 22.

2017 was Kizer's last season as a starting quarterback, as he appeared in three more games for the Packers in 2018 and was most recently released by the Raiders practice squad. Dan Orlovsky took over for Jon Kitna after a mixture of injury issues and bad performances, and Orlovsky would never become a regular starting quarterback again aside from a brief spell with the Colts.

What, then, would an 0-16 season mean for Sam Darnold's future? It wouldn't be great. 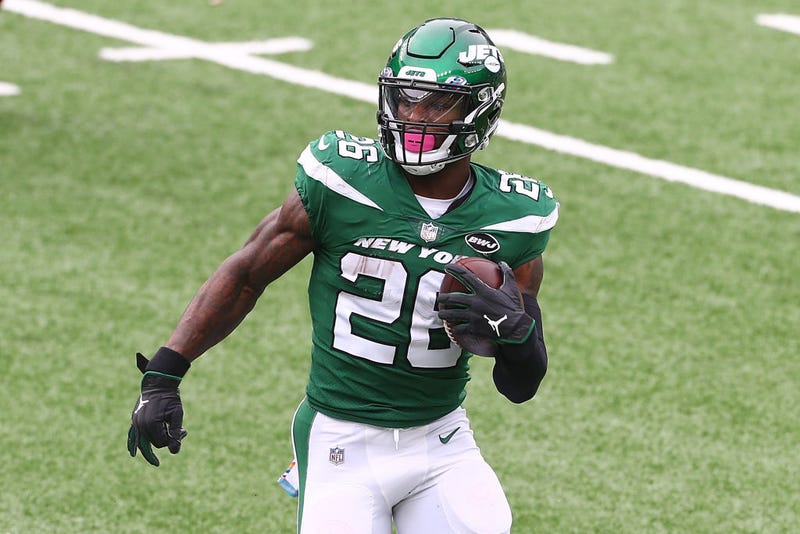 None of these rushing offenses were terrible out of the gate in terms of yards per attempt, though QB play bolsters the numbers in both the Jets' and Browns' cases. Sam Darnold's 46-yard touchdown run against the Broncos comes off as a little bit flukey, especially considering he's not a typical mobile quarterback, and DeShone Kizer's mobility helped to boost that stat for his Browns. Kevin Smith may have been the most electric running back of the group in the respective years for each of these teams, though peak Le'Veon Bell was a problem for defenses. Jets Le'Veon Bell, on the other hand, became a problem for his own team and head coach, and was released.

In terms of run blocking, the Jets sit at No. 20 in the NFL in their adjusted line yards, while they sit at No. 26 in open field yards. Football Outsiders helps us to understand what these rankings mean:

The 2008 Lions ranked second-to-last in adjusted line yards, though they ranked No. 16 in open field yards, giving more credit to Kevin Smith for his abilities. Cleveland's offensive line was ranked No. 14 in adjusted line yards and No. 15 in open field yards over the course of the season, as Kizer's rushing improved as the year went on and Crowell/Johnson remained reliable weapons.

Will the Jets' running game be any stronger without Le'Veon Bell in town? Given that each of Frank Gore, Ty Johnson and La'Mical Perine ripped off a run for double-digit yardage against the Dolphins in Week 6, that may be the case. However, a blowout contest like that one isn't a great evaluative tool. 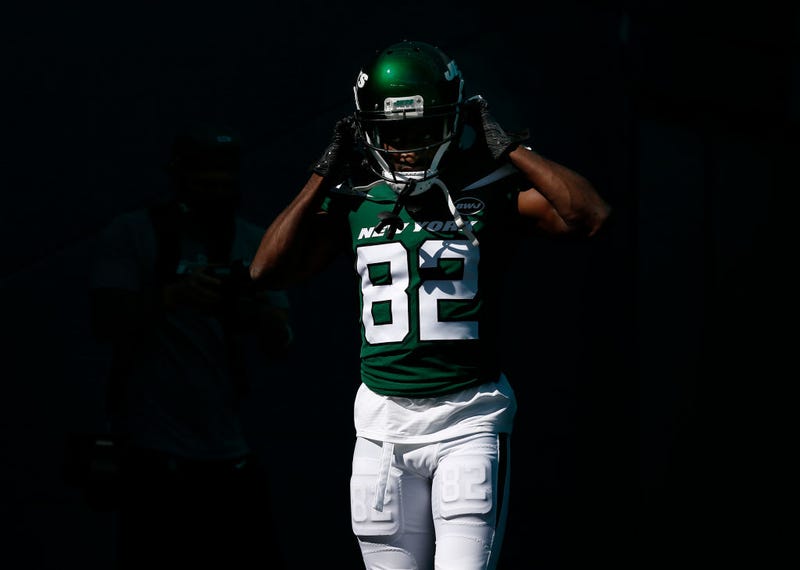 The Lions, in my eyes, clearly had the best skill group thanks to Megatron, a solid second option in Roy Williams (before he was traded) and two productive running backs. So it seems that Sam Darnold and the 2020 Jets are dealing with a less-talented supporting cast than what the 0-16 Detroit Lions had to deal with.

However, they seem to be better off than the winless Browns, whose pre-Josh Gordon wide receiver corps was led by Ricardo Louis (18 touches, 229 yards) through six games. Louis hasn't played since 2017 due to various injuries and was most recently released by the Miami Dolphins prior to the 2020 season. Additionally, the Jets have Denzel Mims looking to make his debut in Week 7, which hopefully gives them a much-needed boost.

What do the analytics say? So far in 2020, Jamison Crowder is the No. 54 wide receiver in terms of total value according to Football Outsiders' metrics. Jeff Smith and Chris Hogan, the two other eligible receivers for the statistic, are fourth worst and second worst in the entire league, respectively. In 2017, Coleman, Higgins and Louis all ranked in the bottom-eight receivers in the league by that same metric, while no one else on the team qualified. Calvin Johnson ranked within the top ten, as expected, in 2008.

Le'Veon Bell is no longer with the Jets, obviously, meaning they may have the weakest running back group of the three. For tight ends, on the other hand, they might have the most talent on paper, though Chris Herndon's continual disappearing act is becoming quite the head scratcher. 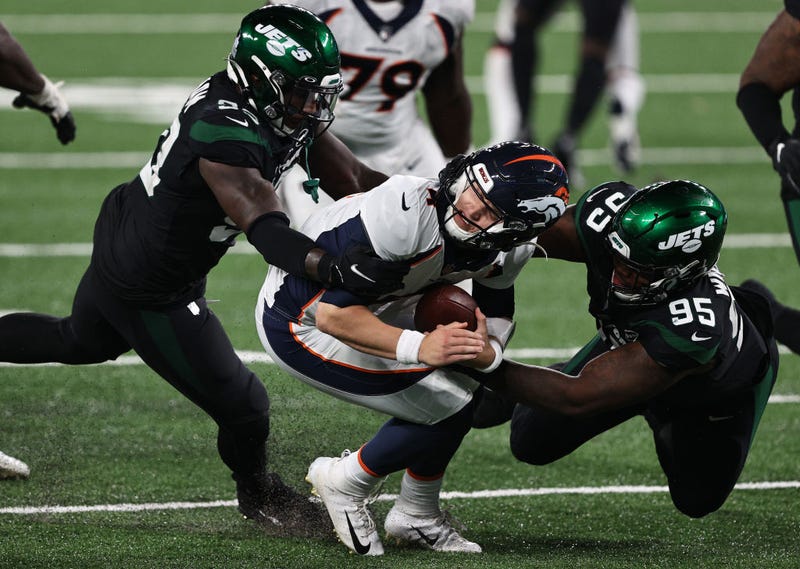 If the Lions' skill positions gave them a slight advantage over the Jets and Browns in that department, their defense certainly knocks them down a few tiers. Again, the Jets find themselves sandwiched in the middle, as their defense is near the bottom of the 2020 NFL and would have challenged Detroit's for the worst in the league in 2008. As for the Browns, they were stingier than one might expect given their record, thanks to impact players like Joe Schobert, Myles Garrett and Jason McCourty. However, the offense's constant turnovers led to a large amount of points scored by opponents.

Football Outsiders' defensive efficiency metric ranks the Jets No. 24 in the NFL, though their pass defense sits at second-to-last. The Browns ranked No. 20 by the end of the 2017 season thanks to their third-ranked rushing defense. Detroit, surprisingly, did not rank dead last in 2008. But they did rank second-to-last, with a bottom three passing defense and rushing defense. 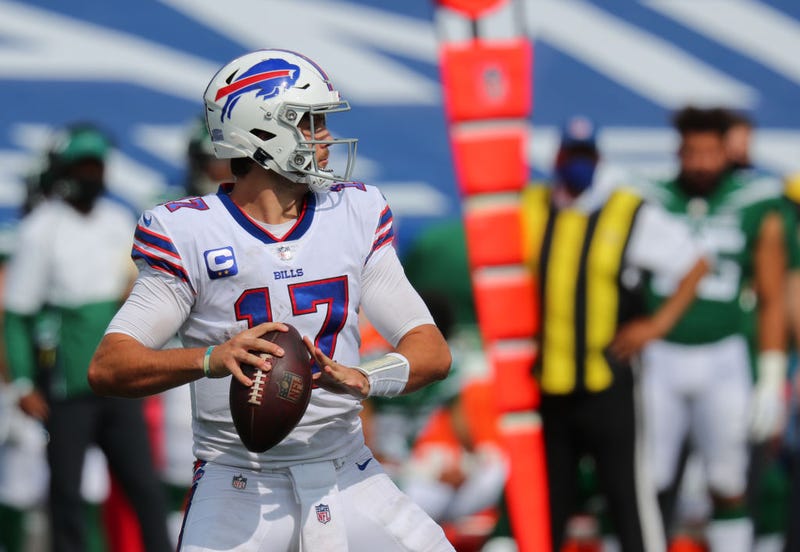 Which games are ones that we can deem winnable in the second half for Gang Green? There's a Week 13 matchup against the unpredictable Raiders at home, though Jon Gruden's squad did just surprisingly down Patrick Mahomes and the Chiefs. Depending on how the Patriots fare after a terrible defeat to the Broncos, and depending on how Tua Tagovailoa does in place of Ryan Fitzpatrick, upcoming contests against those two division rivals aren't set in stone. And though no games are complete locks — the Dolphins' upset of the Patriots at the end of 2019 proves that — it doesn't seem like any games will be remotely easy first wins for the Jets going forward. 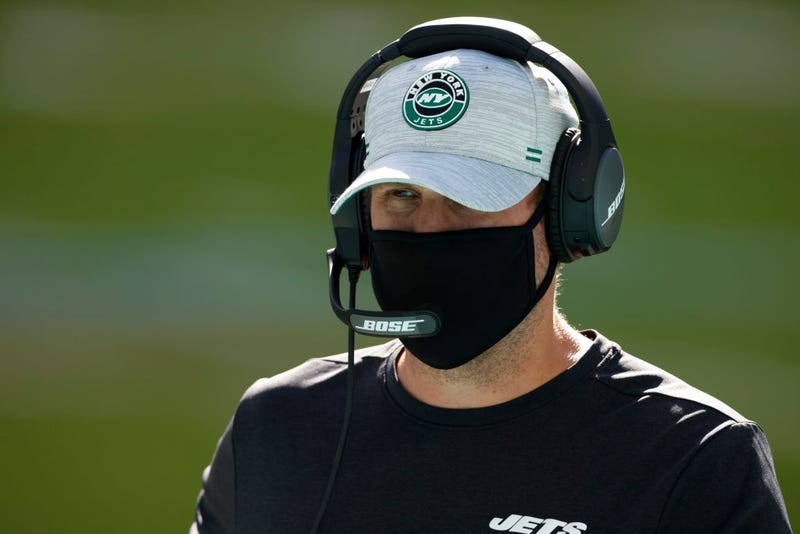 When will Adam Gase be fired?

Well, Hue Jackson lasted for eight games the year after after the 2017 Browns 0-16 season was over. He had been in town since 2016, starting off with a 1-15 debut campaign. Rod Marinelli, on the other hand, was fired following the 2008 season and finished his three-year stint as the Lions' head coach with a 10-38 record. While neither of these may hold any direct parallels to Gase's situation, an 0-16 record would grant the Jets the top pick in the draft, and if that's the Jets' main goal... why not hold on to him until the end of the season? That's what former NFL GM Michael Lombardi advises, anyway.

As for front office turmoil, Sashi Brown spent the 2016 and 2017 season as the Browns' executive VP of football operations, but was let go after the first week of December in 2017. John Dorsey was hired to replace him and became the GM, though he was fired following the 2019 season. Matt Millen's eight-year reign as the Lions' president and general manager came to an end in Week 3 of the 2008 season. The Lions' overall record during his time in town was an abysmal 31-84, though it becomes 31-97 if you include the remainder of their winless campaign.

While Jets GM Joe Douglas isn't enjoying a thriving start in his role, he also doesn't seem to be in any immediate trouble given the hand he was dealt. Still, the sagas of Jamal Adams and Le'Veon Bell in addition to offseason decisions like that of letting go of Robby Anderson — who now is second in the NFL in receiving yards for the Carolina Panthers — don't exactly reflect positively on his tenure to this point.