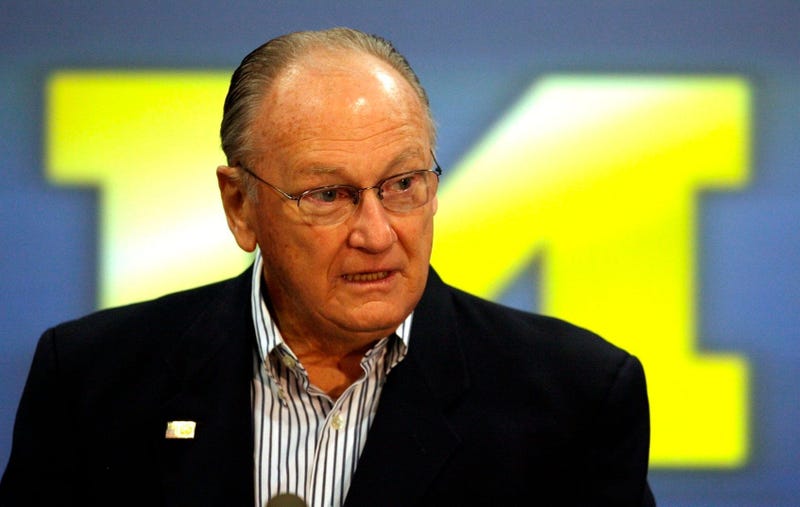 Photo credit REMOVES REFERENCE TO FORMER FOOTBALL PLAYER - FILE - in this Nov. 13, 2006 file photo, former Michigan head football coach Bo Schembechler talks to the media in Ann Arbor, Mich. Dozens of more victims who said they were molested by a University of Michigan doctor have filed a lawsuit against the school. They include a former student who claims he told legendary coach Bo Schembechler about the abuse in 1982. (Mandi Wright/Detroit Free Press via AP)

DETROIT (AP) — In a story July 30, 2020, about a lawsuit against the University of Michigan, The Associated Press erroneously reported that a football player had told coach Bo Schembechler about abuse by Dr. Robert Anderson in the 1980s. The man who said he told Schembechler was a student who was associated with the football team, not a player.