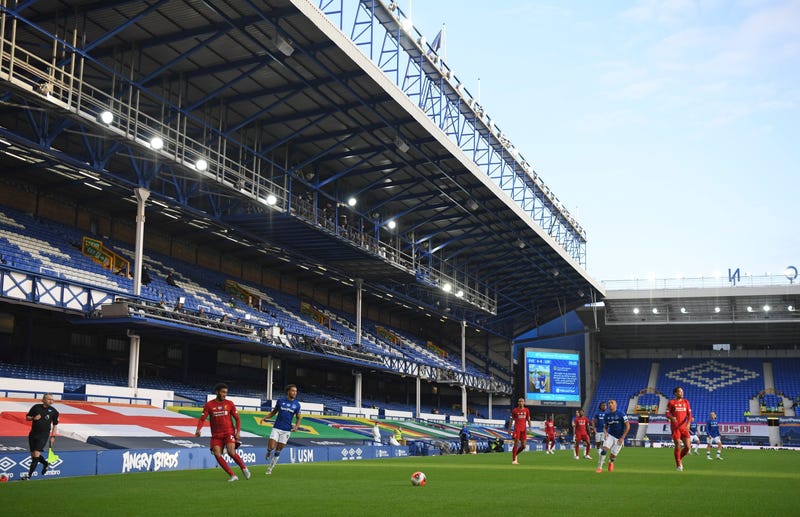 Photo credit Players in action in front of the empty stands during the English Premier League soccer match between Everton and Liverpool at Goodison Park in Liverpool, England, Sunday, June 21, 2020. (AP photo/Shaun Botterill, Pool)
By The Associated Press

LONDON (AP) — The Merseyside derby was the most-watched Premier League game ever on British television.

An average of five million people across Sky's channels watched Liverpool draw 0-0 with Everton, which was played on Sunday without supporters in the stadium due to the coronavirus pandemic.

Sky, which is owned by Comcast, said a peak of 5.5 million saw Liverpool move 23 points clear at the top of the Premier League with eight games remaining.

The government requested Sky made some games available for free due to fans also being unable to gather in other people's homes or pubs as part of efforts to contain the spread of COVID-19.

Sky placed the game on a free-to-air entertainment channel, Pick, which attracted 1.9 million viewers. The majority still tuned into the the subscription Sky Sports channels.

The previous record peak audience for a Premier League game in Britain was the 4.4 million who saw Manchester City beat Manchester United 1-0 in 2012.