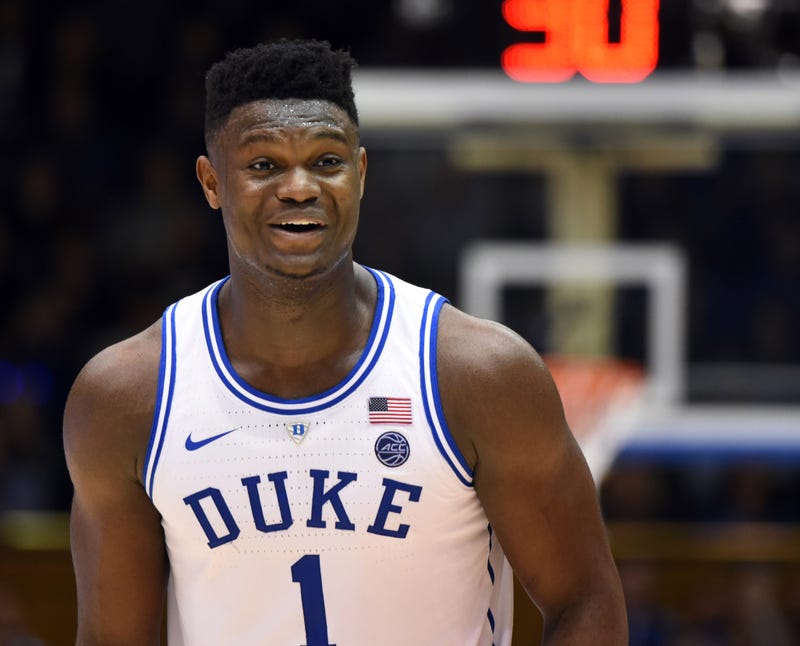 The Atlantic Coast Conference announced the regular season awards prior to the ACC Tournament taking place in Charlotte this week and Duke freshman Zion Williamson headlines the awards being named ACC All-First Team, All-Defensive Team, Freshman Of The Year and Player Of The Year honors.

Despite missing six games due to a knee injury on Feb. 20 against UNC, Williamson averaged 21.6 points, 8.8 rebounds and 1.85 blocks per game.

Williamson received 49 of 70 ACC Player Of The Year votes cast by coaches and media and 47 votes for Freshman Of The Year.

Williamson joins former Blue Devils Jahlil Okafor (2015) and Marvin Bagley III (2018) as the only players in the ACC’s 66-year history to be chosen as the league’s Player of the Year and Rookie of the Year in the same season.

North Carolina senior Luke Maye and freshman Coby White were named to the second-team. Named the Preseason Player Of The Year, Maye averaged 14.6 points and 10.6 rebounds per game. White averaged 16.3 points per game and broke the Tar Heels freshmen record for 3-pointers made in a season.

Freshmen Cam Reddish and Tre Jones were named honorable mentions. In addition, Jones was named alongside Williamson on the All-Defensive Team.

Below are the rest of the All-ACC Selections and Awards:

ACC Defensive Player of the Year
De’Andre Hunter, So., Virginia, 46