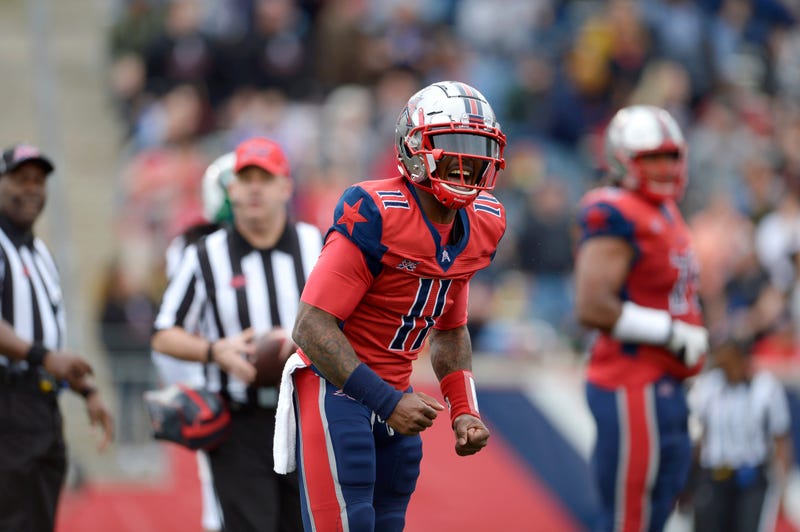 Walker is the first XFL player to sign with an NFL team after the first-year league canceled it's season due to the coronavirus and he was the league's frontrunner for Most Valuable Player.

In five games with the Roughnecks, Walker went undefeated and led the league with 15 touchdowns and 1,338 passing yards. He completed 65 percent of his throws.

Walker, 25, played under Panthers head coach, Matt Rhule at Temple from 2013-16 and spent 2017-19 on the Indianapolis Colts' practice squad.

Temple went 28-19 with Walker as their starting quarterback and he leads the school all-time in passing yards, touchdowns and completions.

The signing is another addition to a revamped Carolina quarterback room with franchise quarterback Cam Newton expected to be released or traded soon.

Carolina signed quarterback Teddy Bridgewater, who is currently expected to be the starter, to a three-year, $63 million deal last week, and still have quarterback Will Grier.

Kyle Allen, who started 12 games at quarterback for the Panthers last season was traded shortly after signing Walker.

music
MTV VMAs Will No Longer Take Place at Barclays Center in NYC Due to Health Concern
news
CA Officials Know What Triggered Problems That Led to Undercount of COVID-19 Cases
news
California Coronavirus Death Toll Surpasses 10,000
music
UFC 252 Is Coming For You With Some Help From Pop Smoke
news
CA Inmates Up for Early Release Jumps to 17K, Secretary 'Likely' to Block Many
sports
Tiger Woods Explains Dodgers/Giants Rivalry to Rory McIlroy