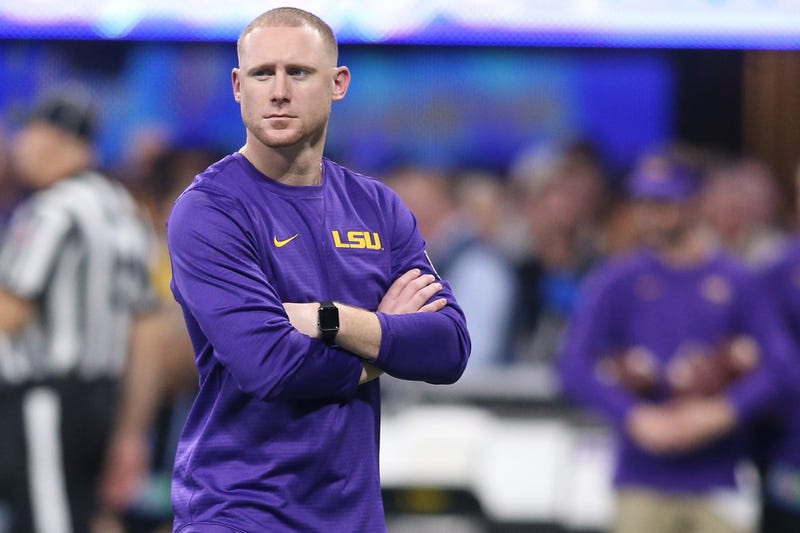 The Carolina Panthers are hiring LSU passing game coordinator and receivers coach, Joe Brady as their new offensive coordinator, which was first reported by ESPN.

Brady, 30, will become the youngest offensive coordinator in the NFL.

Less than 24 hours removed from winning the National Championship with LSU, Brady has become the hottest young coaching name on the market after leading the Tigers to a record-breaking offensive season, along with overseeing quarterback Joe Burrow's rise to a Heisman Trophy winner.

Burrow is expected to be the No. 1 draft pick this year.

Burrow shattered LSU and SEC passing records and broke the FBS record for passing touchdowns with 60.

Brady became the first non-coordinator to win the Broyles Award as the nation’s top assistant coach.

By joining Carolina, Brady will not sign a verbal three-year extension worth $400,000 per year with LSU.

Brady's new contract with the Panthers is expected to double the amount he would have made at LSU.

Brady replaces Norv Turner, who served as Carolina's offensive coordinator the last two seasons, before his son, Scott Turner was named interim OC the final four games of the year.