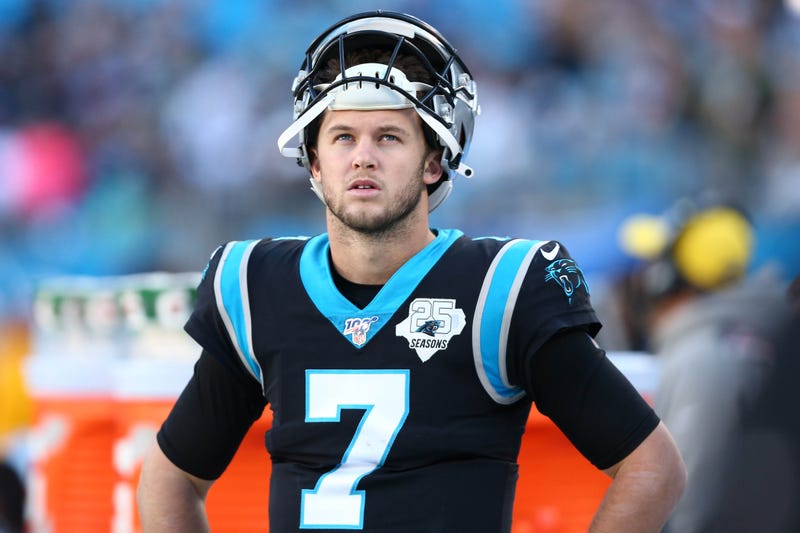 The Carolina Panthers have reportedly traded quarterback Kyle Allen to the Washington Redskins for a fifth-round pick.

Allen started 12 games for the Panthers last season, after Cam Newton went down with a foot injury in Week 2,

With the Panthers set to either trade or release Newton, Carolina signed quarterbacks Teddy Bridgewater and P.J. Walker, making either Allen or second-year quarterback Will Grier, expendable.

Allen was an exclusive rights free agent this offseason and was given a one-year contract extension worth $580,000 last month

When he replaced Newton in Week 3 versus the Arizona Cardinals last season, Allen threw for 261 yards and four touchdowns in a victory.

Allen won his first five starts for Carolina and threw zero interceptions in the four games he started last season. He became the first undrafted quarterback since Hall of Famer Kurt Warner in 1999, to win his first four consecutive starts.

Then, Allen threw four interceptions in a loss to the San Francisco 49ers and his performance continued to decline as the Panthers lost seven of their next eight games before he was eventually in Week 16 replaced by Grier.

Now, he is expected to serve as the backup to Dwayne Haskins under his former head coach Ron Rivera and offensive coordinator Scott Turner, who both were hired by Washington after getting let go by Carolina.