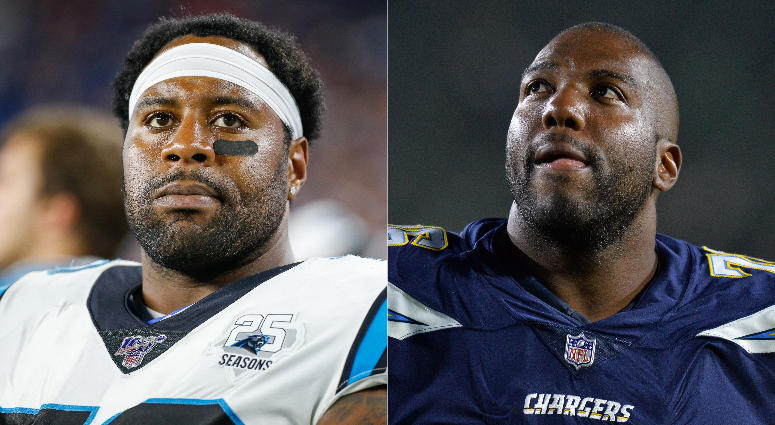 Turner, 26, has two years remaining on a four-year, $45 million extension he signed with Carolina in 2017.

Okung, 31, a Super Bowl champion and two-time Pro Bowler, has one year remaining, with a $15.5 million cap hit.

The move continues to signal that the Panthers are headed to a full-blown rebuild, but gives the team a veteran left tackle to potentially mentor second-year left tackles Greg Little, who missed a chunk of last season due to a concussion, and Dennis Daley, a sixth-round draft choice that started at left tackle after Little got injured. Daley also got injured a short time later.

Turner has made five-straight Pro Bowls after being drafted by Carolina in the third round of the 2014 Draft and has started at left guard in 80 of his 84 games played.

It was reported a few weeks ago that the Panthers were open to shopping Turner in an offseason that’s have seen them lose tight end Greg Olsen and linebacker Luke Kuechly.

Okung is entering his 11th season and spent the last three with the Chargers.

Okung made the Pro Bowl in 2012 and 2017, but was limited to just six games last season due to a pulmonary embolism and a groin injury.

According to PFF.com (Pro Football Focus), Okung didn’t allow any sacks and only five pressures in 2019.

Okung was drafted sixth overall in 2010, by the Seattle Seahawks, where he spent five years and then a year with the Denver Broncos, before signing a four-year, $53 million contract with Los Angeles.

The addition of Okung is likely a short-term but he will rejoin new Panthers offensive line coach Pat Meyer, who worked with Okung the last three seasons with the Chargers.

"Russell is tough, athletic, long with really good speed," Meyer said. "He has a ton of football intelligence. He studies the game year-round, and I bet you that he's watching tape right now of defensive linemen. He's someone that you really want in your team room because the younger guys listen to him. He is a leader by example by taking guys aside and talking to them and working on their game. It hits home when it's coming from a Pro Bowler like that."