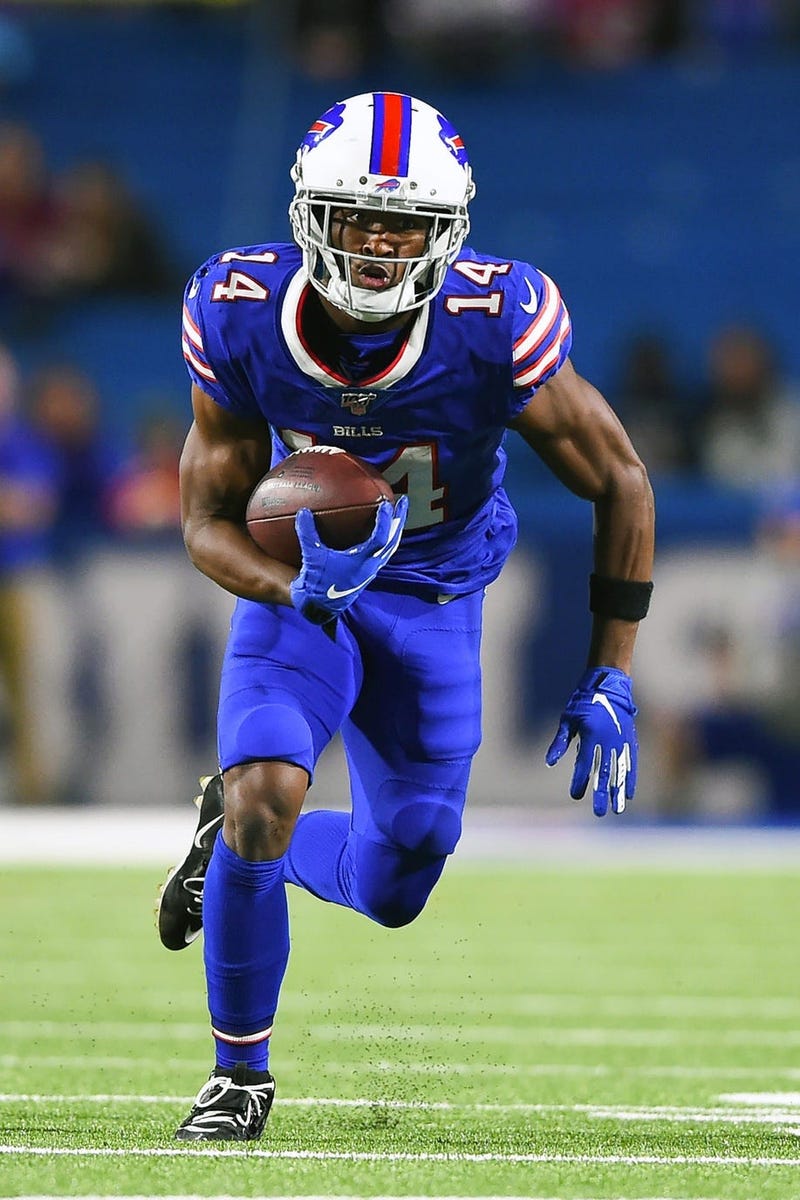 "Panthers North" has become the popular catchphrase as of late to describe the player movement from the Carolina Panthers to the Buffalo Bills and the New York Giants.

It was only a matter of time before head coach Ron Rivera and general manager Marty Hurney had the chance to turn the tables to reverse that trend and have a player come south.

As NFL teams made their cut-downs from 90-to-53 and put together their 10-man practice squad over the weekend, Hurney and Ron Rivera saw a name on the wire that intrigued them at returner - a position not yet nailed down in the team's training camp and preseason - that forced the team to make a move.

That name was former Clemson WR Ray-Ray McLoud, who was released by former personnel man Brandon Beane and the Buffalo Bills on Saturday, and the Panthers immediately swooped in to claim him off waivers and added him to their 53-man roster.

The team feels like McCloud could be the immediate answer for the team at both returner spots this Sunday against the Los Angeles Rams.

"I go back to watching Ray Ray at Clemson...he's got some real explosive return ability," Hurney told reporters before practice on Monday. "I think he'll just get better and better, and he just brings a different skillset at returner with the ability to have some big returns."

McCloud, who spent three seasons at Clemson, finished his career as a Tiger with 50 punts returned for 485 yards (9.7 avg) and one touchdown. He also ran seven kickoffs back his freshman year.

Rivera also said that they also got a close look at McCloud during the joint practices with the Buffalo Bills on August 13 and 14.

"He's a guy we knew a little bit about," Rivera noted.  "We liked him coming into the draft...we just didn't get an opportunity to bring him here. We saw him do some things through training camp and through the games he played, and we just feel like he can come in and contribute."

McCloud had just five returns his rookie year in Buffalo, but Hurney pointed out his punt return against NC State in November of 2017 that really got them salivating to bring the former Clemson Tiger in.

The downside to making this transaction was the release of veteran wide receiver Torrey Smith, who the team acquired last year in a trade for CB Daryl Worley.
Smith, who took a $2 million pay-cut earlier in the off-season to help the team acquire DL Gerald McCoy, played in 11 games last year (six starts) and finished with 17 catches for 190 yards and two TDs.

Smith's locker was cleaned out on Monday with no one yet moving into his spot.

Rivera said that releasing Smith - who was regarded as a  huge asset in the locker room for a young receiver group - was a difficult one to make but ultimately came down to the numbers game and guys having positional versatility.

"That was a tough decision obviously. Here's a young man who's done everything we've asked, and he's a quality person."

But as this team prepares for the Rams - a team with a high powered offense that can put points up in bunches - the Panthers felt like McCloud could help more in several facets of the game including receiver and on special teams.

McCloud caught 127 balls for 1,226 yards and four touchdowns at Clemson and could get some secondary looks at slot receiver for the Panthers.