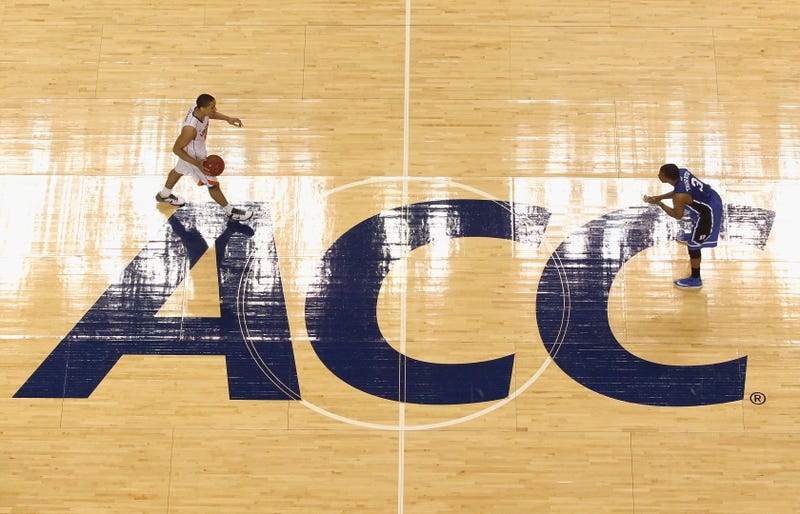 This was a tough one based on how much the landscape has changed in College Basketball over the past decade with the one and done rulemaking historical comparisons tougher to do.

I did my top 10 based (mostly) on what the player contributed to team success and individual honors (can’t be on an all-decade team without being 1st team All ACC at least once).  I also mainly kept one and done players off the list but one was impossible to keep off

10. Malcolm Delaney, Virginia Tech (2007-11)
No, he doesn’t make it based off the Hokies making deep March runs but he was first-team All ACC twice at the beginning of the decade and that is something few over the last 10 years pulled off.  He was special but lacked help and also had Seth Greenberg coaching him.
Photo by Streeter Lecka/Getty Images

Do the Cavaliers end up the 2019 National Champions without guys like Joe Harris that set the program standard years prior?  I say no. He was first-team All ACC in 2013 and second team in 2014 in a year in which he also won ACC Tournament MVP.  Was he flashy?  Of course not. He just helped set the tone for an entire program.
(Photo by Streeter Lecka/Getty Images

While not a major factor for the last championship of the previous decade, he was a massive piece to a 2012 UNC team that seemed poised to win another title before Kendall Marshall broke his wrist in a second-round game.

The heartbeat of the 2010 National Champion Duke team that ended up as a first-team All-American and 2x All ACC selection.

Much like Quinn Cook in the list above, really grew into his role over time.
Photo by Streeter Lecka/Getty Images

The 2017 Final Four MOP was a 3rd team All American, 2x All ACC selection, and an ACC Tournament MVP in his storied career.

He also became the first player since Bill Walton to score 20 or more points in back to back title games.
Photo by Jared C. Tilton/Getty Images

A man who didn’t do a ton of flashy stuff but he just won and won.

Has sort of been lost in the shuffle with the Duke talent purge after him but he was first-team All ACC in 2010 and 2011, the 2010 ACC Tournament MVP, 2010 Final Four MOP, and left Duke as the 4th leading scorer in program history.
Photo by Jonathan Ferrey/Getty Images

The 2017 ACC player of the Year and first-team All-American was an absolute assassin despite the quiet demeanor. His unique offensive game was fun to watch and he helped lead the Heels to the National Championship in 2017 along with number six on the list, Joel Berry.  Both players were a buzzer-beater away from having two titles.
Photo by Ronald Martinez/Getty Images

While we mentioned Joe Harris setting the tone for what was to come, Kyle Guy and company helped put the Cavaliers (finally) over the top in 2019 with their championship win over Texas Tech.

Guy’s huge free throws in the Final Four win over Auburn will be the stuff of legend in Wahoo Nation.  Guy was the Final Four MOP, 2-time 3rd team All-American, 1st team All ACC, and an ACC Tournament MVP.
Photo by Ryan M. Kelly/Getty Images

The lone one and done on the list and you just couldn’t keep him off even without winning a title.

The attention he brought alone to the game of College Basketball was a once in a generation type thing and with the all the hype, he lived up to it.

With more years of service he would be talked about with David Thompson as the GOAT  for the conference.
Photo by Patrick Smith/Getty Images

No, he was not part of the title team (much like Joe Harris) but he was huge in building what Virginia became and his of ACC accomplishments over the 10 years are second to none.

*National Defensive Player of the Year (2016)