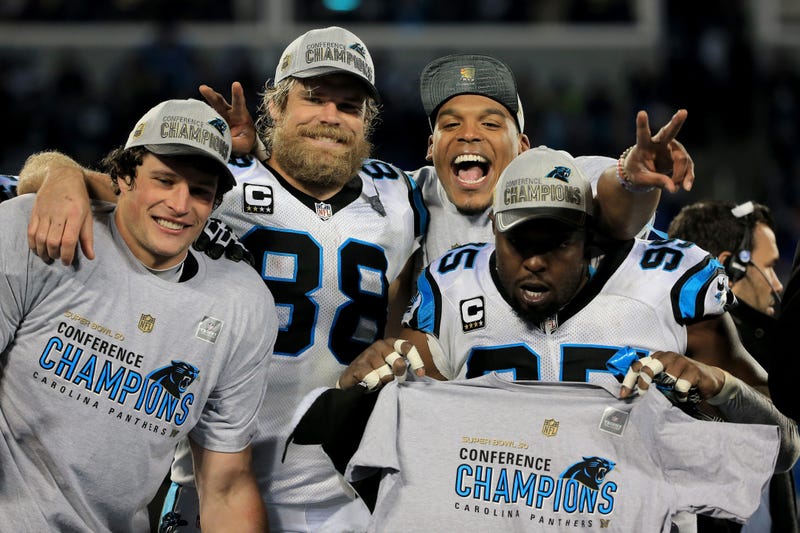 In a decade that saw the Carolina Panthers go through one of the worst and best seasons in franchise history, get a new owner, find stability at quarterback and a head coach until 2019, and see some of the greatest players come through, it was a very notable decade for the Panthers.

In just a short three years, McCaffrey is already in the conversation for the best running back in franchise history.

He’s in the Panthers’ Hall of Honor for a reason

In just his second year, he’s going to eclipse close to 100 receptions and more than 1,100 yards receiving.

Best trade in Panthers history got one of the best players in team history.

Right Tackle: Taylor Moton (2017-present)
A difficult choice, but Moton gets the nod.

Several time Pro Bowler has been an anchor on the offensive line this decade.

The center is the leader of the offensive line and he excelled in that role.
Streeter Lecka/Getty Images

Kicker: Graham Gano (2012-present)
Gano has a franchise record of 28 consecutive field goals, including a 63 yarder to beat the Giants in 2018.

Nothing flashy, but very dependable.

He hasn’t had a bad snap since 2010.
Photo by Naomi Baker/Getty Images

Doesn’t have the greatest of hands, but can run like a deer and is very elusive.
Photo by Wesley Hitt/Getty Images

When healthy, Short has proven to be one of the league’s top DTs.

A very productive stint in Carolina that shored up the middle with Short.
Photo by Wesley Hitt/Getty Images

Addison has led the team in sacks in each of the last four years.
Jacob Kupferman/Getty Images

Cornerback: Josh Norman (2012-15)
Struggled early in his career but turned into an All-Pro before leaving town.
© Matthew Emmons-USA TODAY Sports

Bradberry has become a top corner in the league and will get a big pay day this offseason.

Was instrumental in the Panther’s Super Bowl run in 2015.
© Jeremy Brevard-USA TODAY Sports

You could always count on Harper to be in the right place at the right time.
Wesley Hitt/Getty Images

Middle Linebacker: Luke Kuechly (2012-present)
Routinely considered one of the best, if not the best, MLB in the NFL.

Has been getting better with each passing year.