Even though the game against Tampa Bay was in the closing minutes and Carolina was three touchdowns behind, when quarterback Teddy Bridgewater injured his right knee after being sacked and went to the locker room early, it immediately brought forth an immediate and looming question.

If Bridgewater is hurt seriously, who will be his replacement?

Observers watched P.J. Walker take Bridgewater’s place, but they also saw someone who looked out of sorts.

However, as it stands now, head coach Matt Rhule says Bridgewater didn’t sustain a serious injury to his knee and that he very well may play this week against Detroit.

The backup quarterback for the Panthers is something that has been an enigma for media and fans since the early days of training camp as the Panthers coaching staff never really settled on Walker or local product and third-round draft pick Will Grier.

And while it seemed rather evident during training camp that Grier was by far the more gifted passer, the coaches opted to go on a week-to-week basis as to which player would be that week’s No. 2 quarterback. 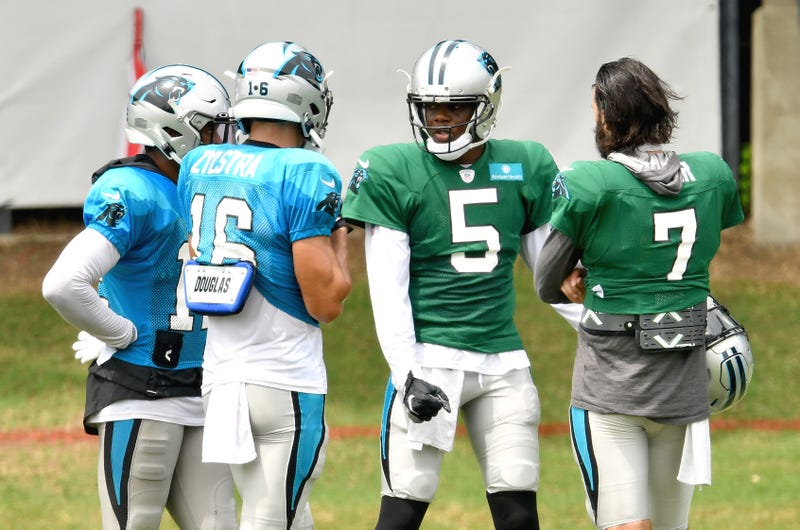 That trend continues into the season as both have been listed inactive and as the backup on gamedays.

Rhule stated early in the season that he’ll go with whomever he feels has the best matchup against that week’s particular opponent.

Which makes one wonder if Bridgewater is out for any significant amount of time whether there will be a revolving door at quarterback based on that week’s opponent.

“We’ll get those other two guys ready and go from there.” Rhule said “Both of those guys have worked really hard and deserve a chance to practice, so we’ll let them practice it out and see who deserves the right to go. …

“I’m really pleased with Will and P.J. so far this year, so I’m confident both of those guys can win a game.”

Rhule said Monday he’s optimistic that running back Christian McCaffrey will play this week despite reports that could miss more time with a sprained shoulder.

“As I said last week, it’d be week-to-week,” Rhule said “I haven’t heard anything this week saying he couldn’t go. I’ll be hopeful he can go this week, and if he can’t, hopefully he can go next week.”

McCaffrey has missed seven games this season, six of which were because of a high-ankle sprain. 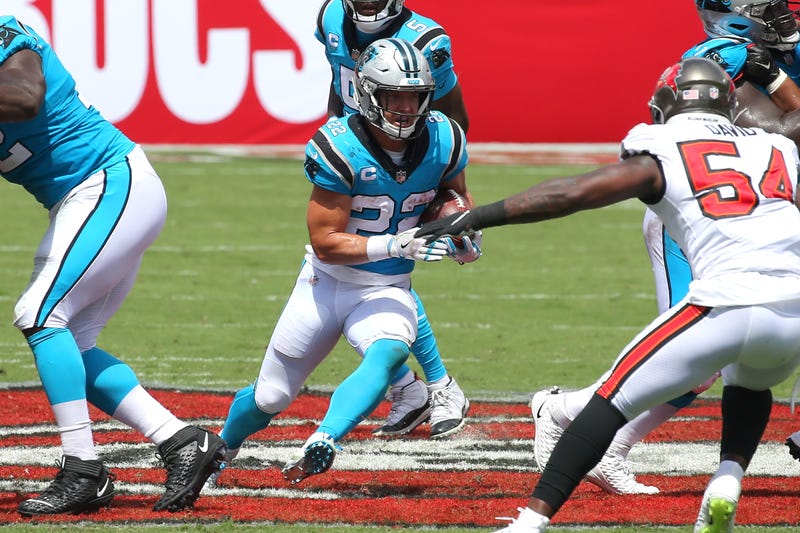 Starting cornerback Donte Jackson has been battling one of the more painful injuries a football player can have in turf toe, which is a sprain of the ligaments around the joint of the big toe.

It can be extremely painful.

Jackson has done his best to stay on the field and at times, like Sunday, has had to end his day early because of the extreme level of discomfort.

With Jackson, it’s not a week-to-week or even a day-to-day type of situation, but rather a play-to-play type deal on whether or not he can participate. 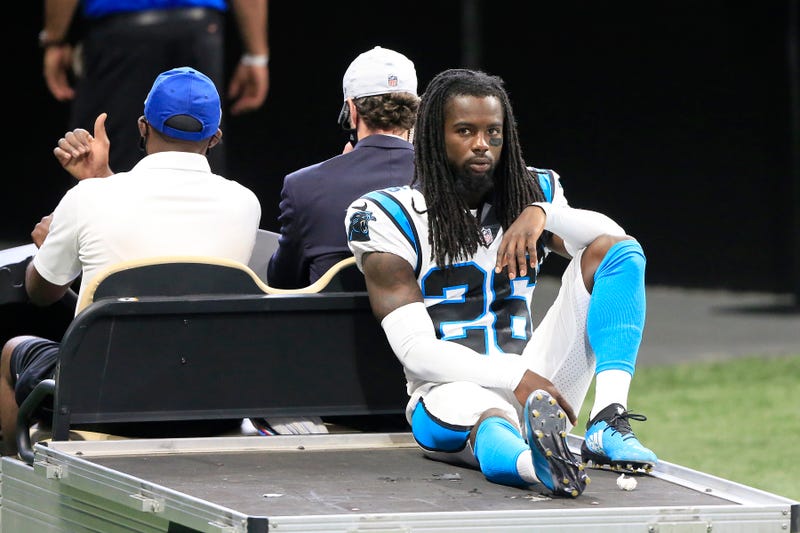 The fact that he hasn’t seen any improvement as the weeks progress has caused the Panthers to evaluate his treatment, which could mean sitting out for a prolonged period of time.

“I feel for Donte,” Rhule said “It’s been a tough cycle. He practices during the week and we limit him during practice. But last week, he practiced pretty much full-go and unfortunately, he gets to the game and reaggravates it.

“I think we will explore all things moving forward for him. He cares and he tries and tries to get out there and play and I respect that about him.”

The standard treatments for turf toe involve rest, ice, crutches or even surgery.  The healing process, depending on the severity, generally takes two or three weeks for the pain to ease.