Carolina Panthers owner David Tepper spoke with a select group of media on Wednesday afternoon for the first time since January, and touched on a variety of topics from COVID-19, the Jerry Richardson statue and financial implications.

Here is a transcript of some of the topics and questions that Tepper talked about:

Will the Jerry Richardson statue be brought back?

"It was a safety reason at the time. With the environment, every statue in the country was coming under attack. It just made sense at all standpoints to move that statue."

"I don't think things will ever be quieted down. That's that, nor should they, in some respects." 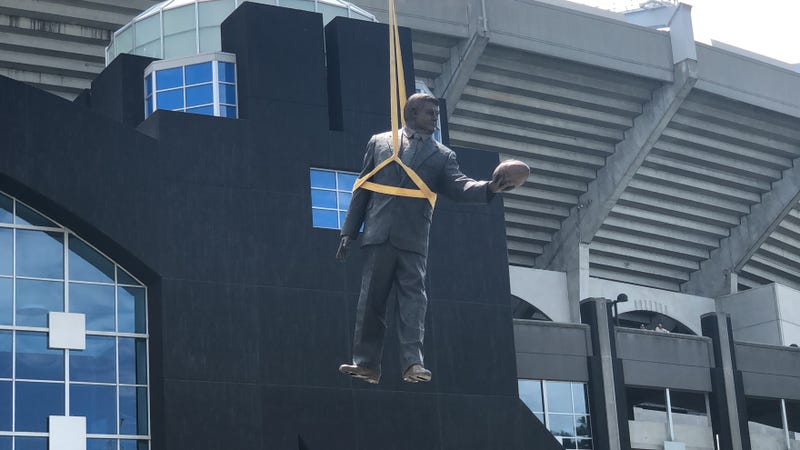 What updates are there on the Rock Hill facility?

"COVID has delayed everything. I think probably three seasons out we will have training camp down there. As far as Wofford, I really can't say. It's a COVID question and what we've done here. We really have done a lot of things inside the stadium. I think there was recognition of what we can do up here but we haven't made any decision and COVID plays a lot into that."

What are the expectations for the season with COVID-19 and how has Matt Rhule handled it?

"Matt is a disciplined, analytical, process-oriented guy. I think we had really early planning for COVID and we kind of realized what was going on and made a lot of contingencies as it was going on. From a planning standpoint, Matt has been as strong as anyone could possibly be. Some disadvantages as a first-year coach is he would have had another week of training camp. In that respect versus other years is as a first-year coach he is a little bit behind the eight-ball."

What are your impressions on coach Rhule and what he's done with this team? 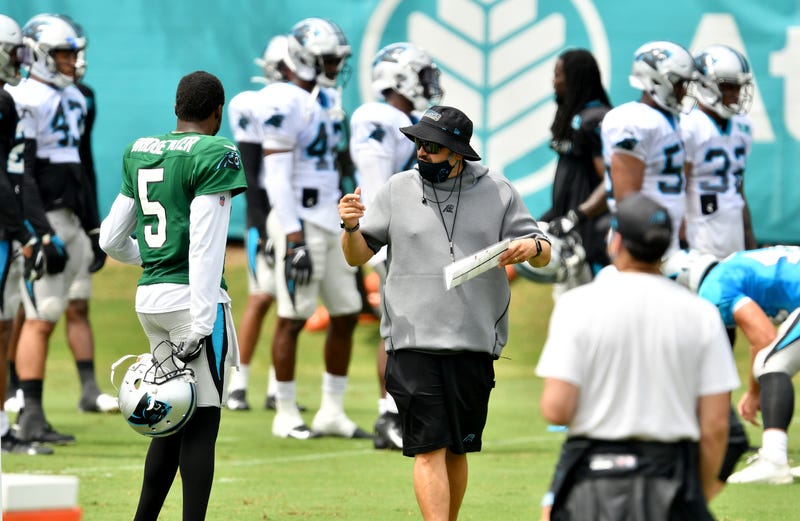 Have there been any more conversations with the Governor about fans attending games?

"I understand that (Governor) Cooper has a difficult job with this COVID from an optics and a science standpoint. We started developing a plan in March based on signs. ... We do think we can do this, we don't think we can do it as a full stadium obviously, but we do think we can do it with limited fans in the stadium based on pure science. We also noticed that our competitors in the (NFC) south have been given approval ...Not their first game, but I do think they will be playing their third, fourth and fifth games in front of fans. Louisiana, Georgia and Florida all have approval and I expect those teams will be having fans throughout the year. I hope in October we will be talking to the governor and we will have fans too. The only teams that won't have fans the whole season are California, New York and maybe Washington, D.C. I hope North Carolina are not like California and New York but maybe we are. Hopefully, we'll have more conversations and science will prevail."

Have you spoken with Roger Goodell about the competitive advantage of fans? 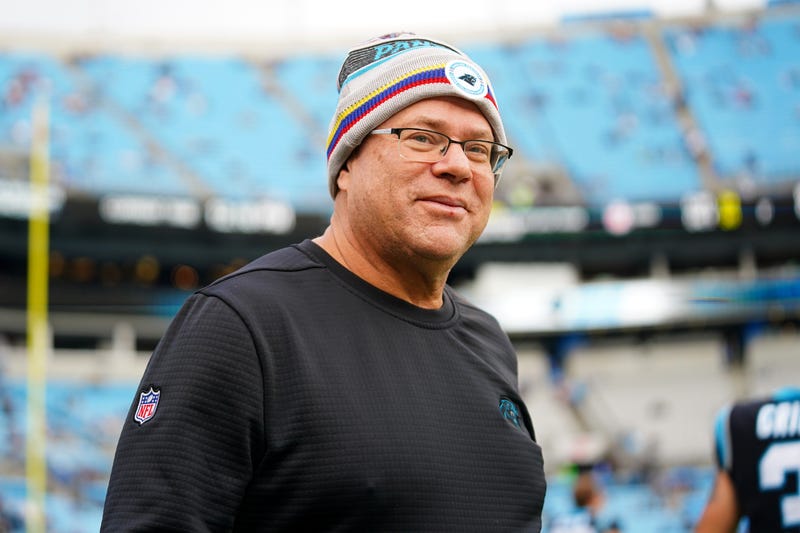 With fans not being in the stadium so far, do you have a message for them?

"I miss the fans. That's what it's about. It's about winning and the fans. I like the fans in the building. I like going out amongst the fans, sometimes as people have probably seen me out there. They are an undeniable edge for us ... especially if all our division rivals have fans in their building."

What went into the furloughs and layoffs recently?

You're not the only one who has suffered losses here, so how do you justify almost doubling the next closest NFL owner in terms of layoffs and furloughs?

What went into the decision of releasing quarterback Cam Newton?

"This was a very difficult decision. Nicole (Tepper) was crying about the decision. We really respected Cam and we still do, obviously. I wish him the best possible up in New England. The problem with COVID and such and not knowing what was going on put us in a very difficult position with his salary, quite frankly. We made the best possible decision we could given the circumstances." 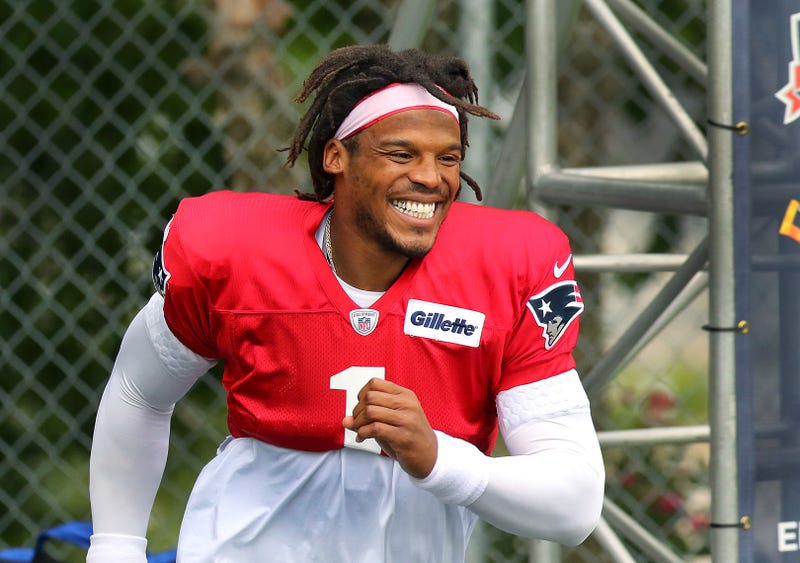 How are you holding up?

"It's a very difficult situation ... We're all dealing with things and this won't last. It will be over at some point in time. Like I said, I don't love people mentioning the financial ramifications and I don't love all the red ink we're going to see this year but I hate more not seeing the fans in the building. I have other means of income. I do have other businesses. I do this for the fans and for football. Hopefully, we'll have fans and not having fans is something I don't really like. They make a difference, and they make a difference for me."

"I hope we have fans. That will make me happier. That will make me smile. And if we win, you'll get a smile again. There are no excuses. We're gonna do fine this year. I think coach Rhule will do a great job. We have had more disadvantages for a first-year coach and I hope we don't have more disadvantages moving forward. That's why I'm here. I really try to do the right thing ... I do this for the fun of it to a certain extent. Just like you, I'm a fan ... I love the sport and I love the fans. Now, they don't love me all the time."

Has there been any movement on hiring a VP of football operations to assist Marty Hurney?

"When Matt Rhule came in we brought in Sean Padden and he has done a lot as far as inside operations, freeing Marty Hurney to evaluate players..."

Where are you with Marty Hurney's contract?

"I have constant conversations with Marty and that hasn't come up. There has been too much to do to have those conversations. You should ask me that question later on. Marty and I are very concentrated on doing as much as we can and with coach Rhule in keeping players healthy and starting the season." 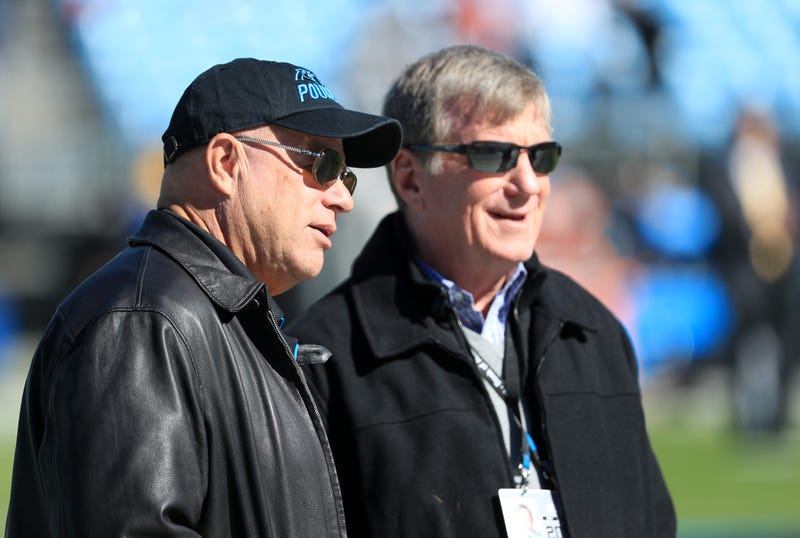 How much do you weigh in on football decisions?

"Unless something is really, really crazy, which there hasn't been anything really crazy, I'm not going to get involved in it. They are the guys that are running the football team and I talk to them all the time. When I have discussions with them, it's more process and about how we are doing things versus individual players. It's more about how the business is being managed and how the team can be better managed ...