The Carolina Panthers are looking to keep their defensive momentum going this week against Arizona after having their best defensive game last week against the Los Angeles Chargers.

The effort propelled them to Carolina’s first win of the Matt Rhule Era.

But in order to do that, the defense will  have to stop Cardinals quarterback Kyler Murray, who was last year’s No. 1 overall pick and who is considered to be one of the top up-and-coming quarterbacks in the NFL.

"He's playing at a really high level," Rhule said. "He adds an element to their offense with the ability to scramble and run the football. Not a lot of designed runs for him though they do, do it, and he's able to add 30, 40, 50, 60, 70 yards rushing to what already is a really good rushing offense."

The Panthers (1-2) entered last week without a single sack, but they managed to get two against Los Angeles.

But Murray is by far the mobile of all the quarterbacks Carolina will have faced this young season, which means sacking him is going to be a difficult task.

The Panthers have to continue applying pressure, but in a more calculated way as Murray leads all NFL quarterbacks with 187 yards rushing.

"He stresses you in the drop back passing game," Rhule said. "If you give him a seam he can take back at any time and get running. It changes your rush but you still want to be aggressive, but you have to make sure you're being really disciplined in your rush lanes."

How? Just.... how?@K1 with another insane juke for the score.

However, Murray hasn't been perfect in his sophomore season even as Arizona holds a 2-1 record.

He's thrown for 786 yards and four touchdowns, but he only has a 79.7 rating due mostly to his five interceptions.

Yet, it's only been three weeks and with a Panthers defense that is still trying to come into its own, Murray presents the most multi-dimensional quarterback test for Carolina.

“He is seeing his running lanes a little bit earlier, knowing when he can have a crease to get out. I think he is just a smarter scrambler, getting down quicker, not getting hit a lot and an overall smarter player."

"I just think the game has slowed down for him quite a bit," Kingsbury said. "We had some tough turnovers last week but that was just trying to do a little too much. He's playing with a lot of confidence. He knows what we can get away with whether it's his legs or his arm and just being much more effective and taking what the defense gives him." 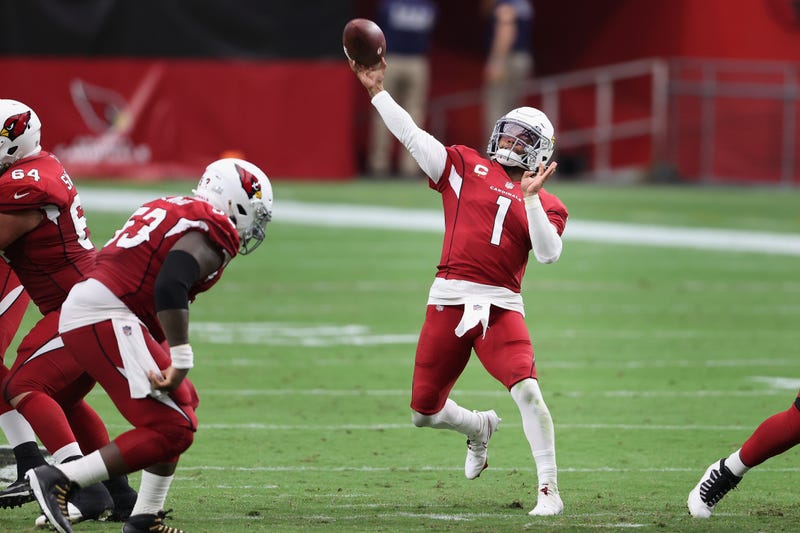 It'll be a tough challenge for Carolina in order to get their second win.

One thing that may help the Panthers is that he and defensive coordinator Phil Snow faced Murray in college when when they were at Baylor and he was winning the Heisman Trophy at Oklahoma.

It comes down to three things that they have to focus on against Murray.

Preventing Murray’s "cannon" of an arm hitting receivers deep, preventing him from getting long yardage with his legs, and limiting his ability to zone read, which would let him know whether the Panthers were trying to prevent the run or pass.

"I think Kyler is one of the best players I've ever been on the field against at a collegiate level," Rhule said. "He's just an elite player, a dominant player, and a winner.

"He's a dynamic player and he's gonna be a real challenge for our defense."