Well, it didn’t take long for new Carolina Panthers coach Matt Rhule and offensive coordinator Joe Brady to give fans a lot to talk about.

Facing a fourth-and-1 at the Las Vegas 46 with 1:23 left to play and trailing by four points, Panthers fullback Alex Armah was given the ball as opposed to star tailback Christian McCaffrey, who rushed for 1,387 yards last year.

Armah was stopped about a foot short of the first down, which gave the ball to the Raiders, who held on for the 34-30 win.

It’s a play call that’s going to be dissected by media, pundits and fans for quite a while.

Why didn’t McCaffrey get the ball?

“It’s a great question,” Rhule said. “That’s a head coaching decision type play. That’s something that I’ll think about walking away from this. …

“It worked before and we thought it’d work again.” 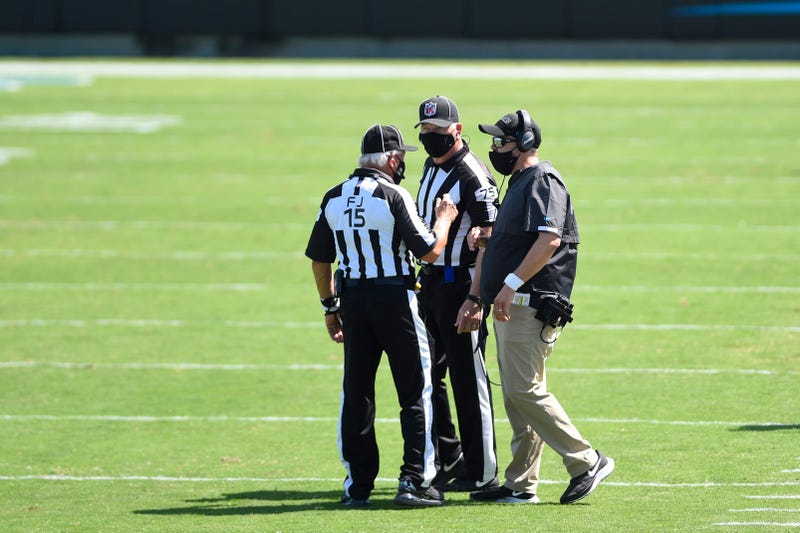 Rhule added that he takes full responsibility and that all the blame falls on him.

For Rhule, it was a chance to get a win in his first game as head coach. Rhule is accustomed to beginning coaching stints at places that are either at or near the bottom. Carolina was no different.

That’s why it isn’t a surprise that a team riddled with mass deficiencies last season looks to still have some this year, the biggest of which is the secondary.

And it was the secondary that couldn’t hold up when the Panthers need it to the most.

After blowing a 12-point lead, Las Vegas (1-0) trailed 30-27 with just over eight minutes to play. And just like they had nearly the entire game, the Raiders marched right down the field and took the lead for good when tailback Josh Jacobs scored from six yards out with 4:14 remaining.

Jacobs finished with 85 yards and three touchdowns on 22 carries.

While Jacobs scored three times, it was the defense’s inability to slow down quarterback Derek Carr, who wasn’t spectacular by any means, but was very efficient.

Carr finished 22-of-30 passing for 239 yards and no interceptions.

Offensively, the biggest worry with new quarterback Teddy Bridgewater was his reluctance to throw the ball downfield. Bridgewater was criticized extensively for being ultra conservative with New Orleans last season, even though the Saints boasted one of the more explosive offenses in the league.

His safe passing was on display basically the entire game, which is why at one point he had 20 completions, but for only 176 yards. 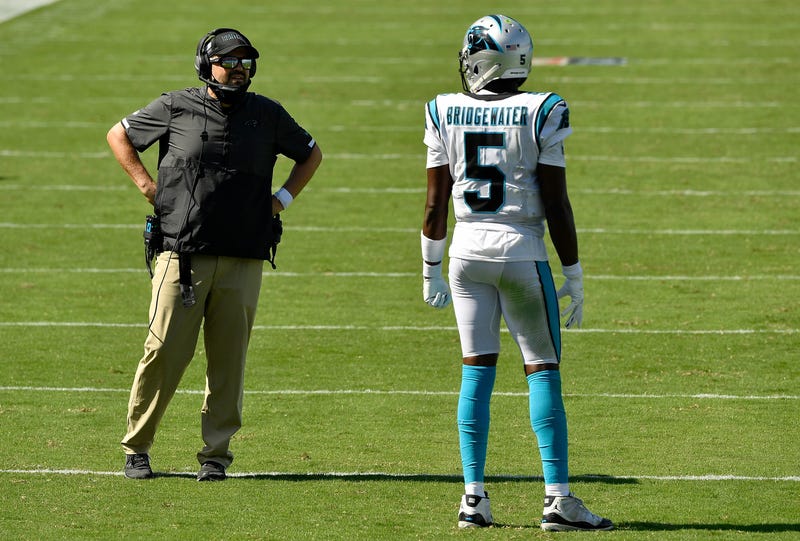 Bridgewater only had three attempts that went further than 20 yards, while at the same time having 16 attempts that traveled five yards or less.

But the positive in not taking many chances is the lowered risk of turning the ball over, which Carolina didn’t do. As a result, the Panthers stayed within striking distance and was eventually able to take the lead in the fourth quarter.