Carolina Panthers head coach Matt Rhule said the biggest jumps of improvement for a team usually happens between Week 1 and Week 2. He added he expected to see as much Sunday at Tampa Bay with his squad.

It’d be hard to see exactly where improvements transpired, let alone major ones as the Buccaneers won 31-17, as Carolina drops to 0-2 in the Rhule Era.

It’s the 10th straight loss for the Panthers dating back to last season, while Tampa earns its first win with Tom Brady as its quarterback.

“It’s very tough,” Panthers defensive end Brian Burns said. “I’m sick of it. We need to fix this and it starts tomorrow.”

One might argue that Carolina quarterback Teddy Bridgewater improved because he had 33 completions for 367 yards, but he had two interceptions on poorly thrown balls and 197 of those yards came in the fourth quarter on a couple of screens to Mike Davis and with the Panthers trying to make a comeback.

What a catch by @Carlton_Lowkey 😮

At one point, Bridgewater, who has a reputation for almost always throwing short passes and hesitant for throwing the ball downfield, had 16 completions for just 129 yards. Until the fourth quarter, Bridgewater truly looked like he’d rather do just about anything that throw it more than 15 yards.

He also had two crucial interceptions and a lost fumble.

.@jwhite_333 with the first takeaway of the season ‼️

Rhule was visibly more upset this week than last week in the postgame press conference.

Rhule also gave some explanation on why Bridgewater wasn’t as sharp as last week against the Raiders.

“Teddy was under duress too much of the day,” he said. 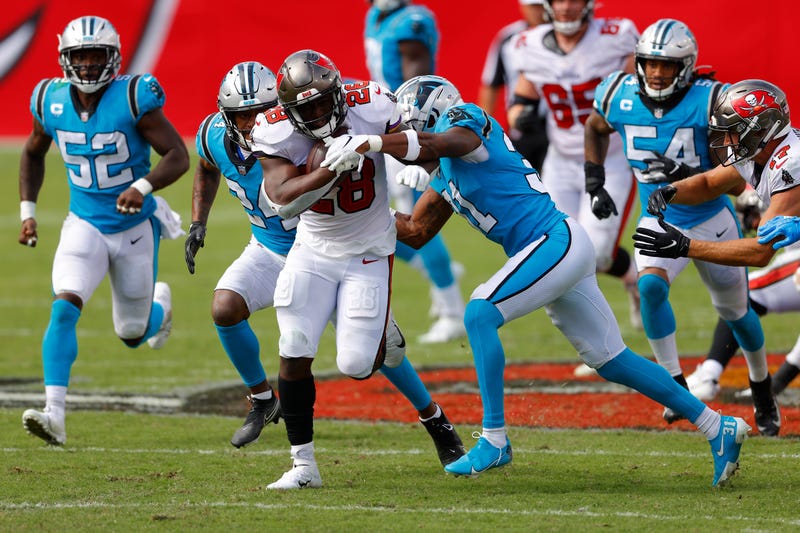 To his point, Bridgewater was sacked five times.

But it wasn’t just Bridgewater or the offensive line that struggled through the first three quarters. The defense didn’t do itself any favors, either.

While Carolina only mustered 109 yards of total offense in the first half, the Bucs had a robust 230, which helped them grab a 21-0 halftime lead.

The Panthers managed to trim it to a seven-point game with two minutes left, but a failed onside kick and a 46-yard run by Tampa tailback Leonard Fournette while his team was trying to run out the clock added to the bigger deficit and the final score.

Up next, a 3,000-mile trip across the country to Los Angeles to take on the Chargers. 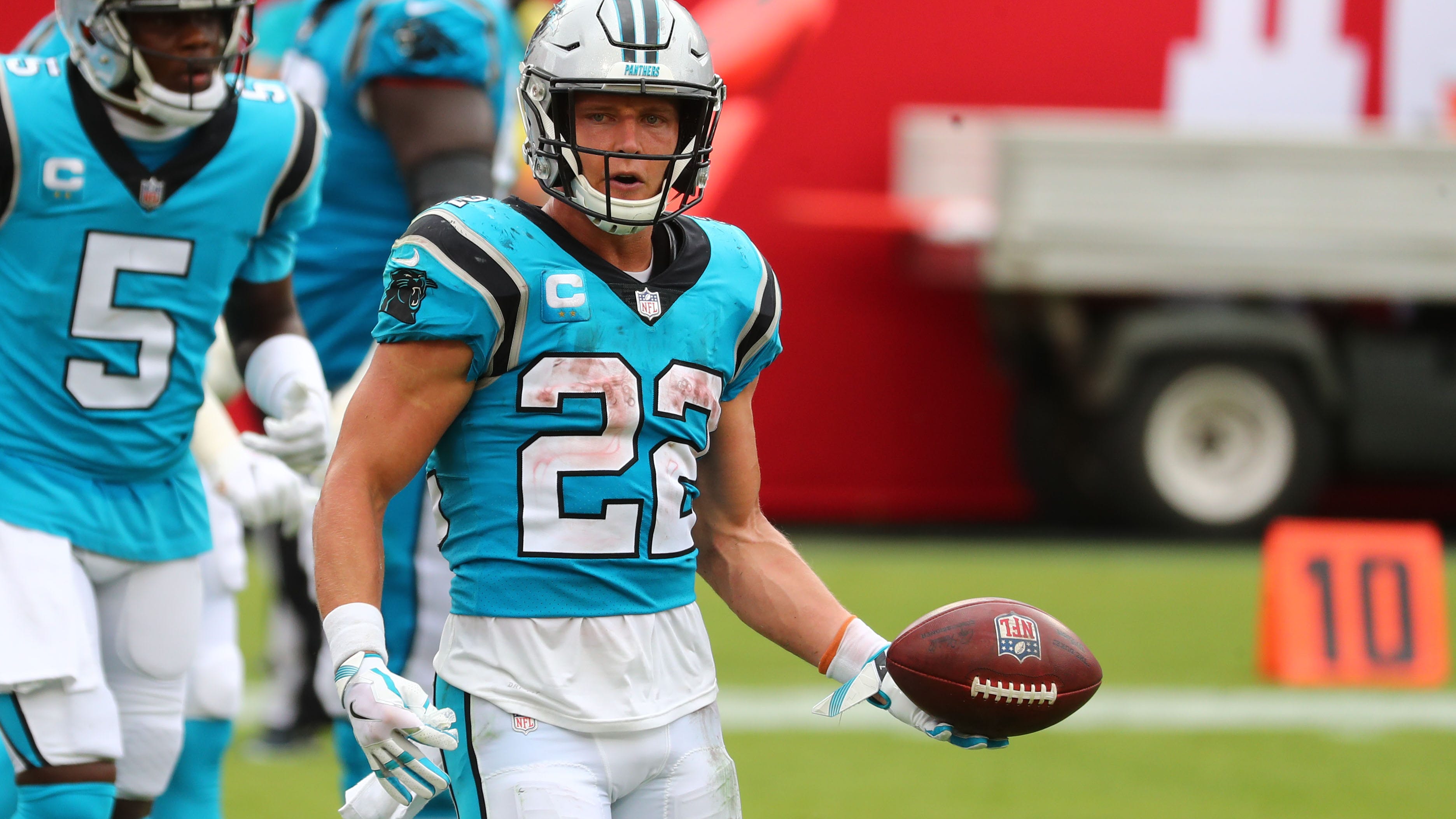