For the second-straight year, the Carolina Panthers will have to play a majority of the season without their two-time Pro Bowl defensive tackle KK Short after it was announced on Wednesday that he will undergo season-ending shoulder surgery.

The difference this season is that there isn't one "proven" guy to step up in Short's absence alongside first-round pick Derrick Brown on the defensive line with much of the depth being young players and guys looking to make a name for themselves in the league.

One of those players is seven-year veteran defensive tackle Zach Kerr, who has been a bit of a journeyman through his career before signing with the Panthers this offseason.

But Kerr doesn't believe it'll be just one guy to fill the void Short leaves.

"It's going to be by committee. You don't really replace a guy like KK," Kerr said. "You don't just play plug and play with a guy that's been as a good as he's been over the course of his career. I think it's going to be cool to see some of the guys that haven't got the opportunities that they should have or that they could get based off the guys in front of them." 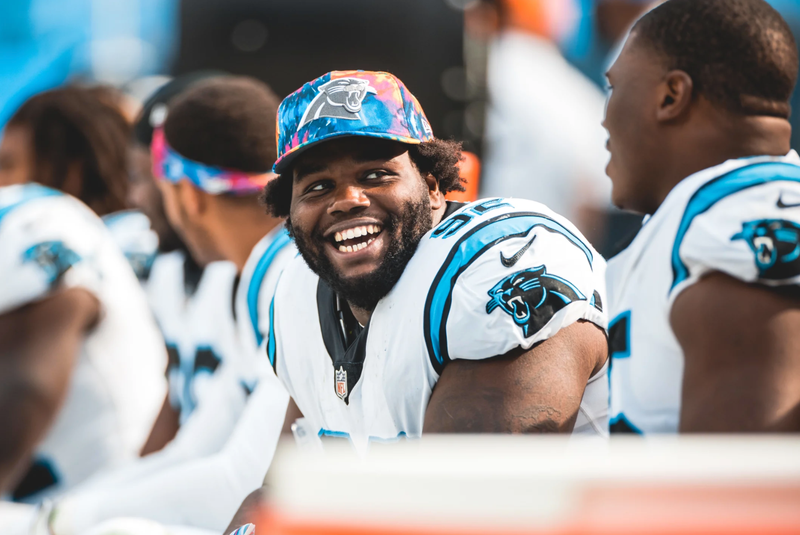 With Kerr starting in Short's spot next to Brown, which he did in Week 2 and 3 when Short was out with another injury, head coach Matt Rhule also pointed out that players like Bravvion Roy, Efe Obada and Woodrow Wilson will also have to step up.

"I'm not looking to replace KK. I'm just looking for someone to go in and play to our standard," Rhule said. "I just want guys to be themselves. I trust our players, I believe in our players and I believe my job as a coach is to put our players in the best position to win.

With Roy only being a sixth-round rookie, Obada naturally being a defensive end and Wilson just coming up from the practice squad, Kerr is by-far the most experienced of the group at age 30 and will likely still be relied on the most.

"Zach's a big, powerful man," Rhule added. "He can move, he plays hard and he's a tremendous, energetic teammate, charismatic guy. I think he brings a lot both physically and personally to the game. I have full confidence in his ability to go out there and play." 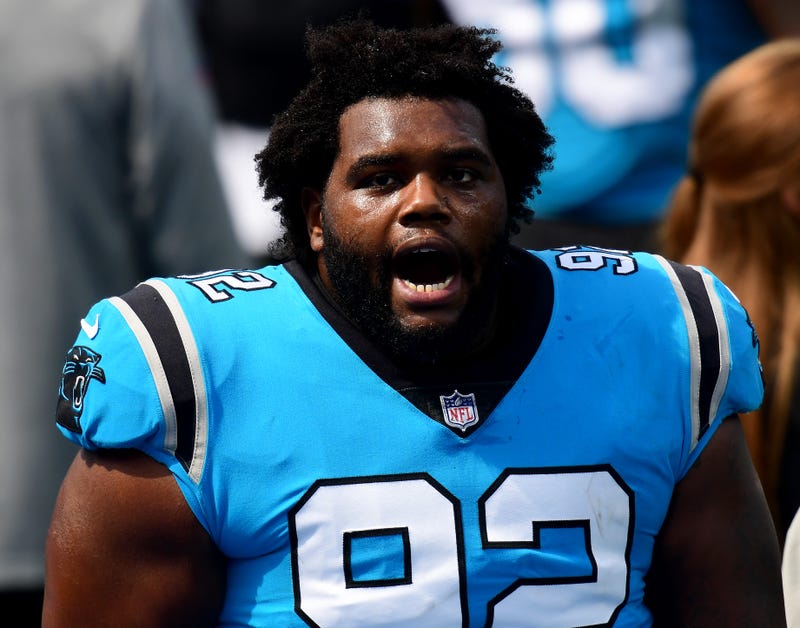 Defensive coordinator Phil Snow says the uniqueness of how Kerr plays is a big reason they decided to sign him to a two-year deal this offseason.

"At the tackle position you like a big guy and then a big movement guy. We saw some good movement inside," Phil Snow said. "He's shown that. He's hit the quarterback 3 or 4 times and it's the same thing he's shown on tape."

In the victory over the Chargers in Week 3, Kerr had two quarterback hits and three total tackles in place of Short.

The Carolina defensive line still needs to improve its run defense, which has given up eight touchdowns this season and ranks 25th in total yards per game, and losing Short doesn't help, but there's no time to slow down in the NFL.

"We come to practice and we prepare for these moments," Kerr said. "It's always next man up in the bigs and that's kind of the approach and philsophy we're taking with that."