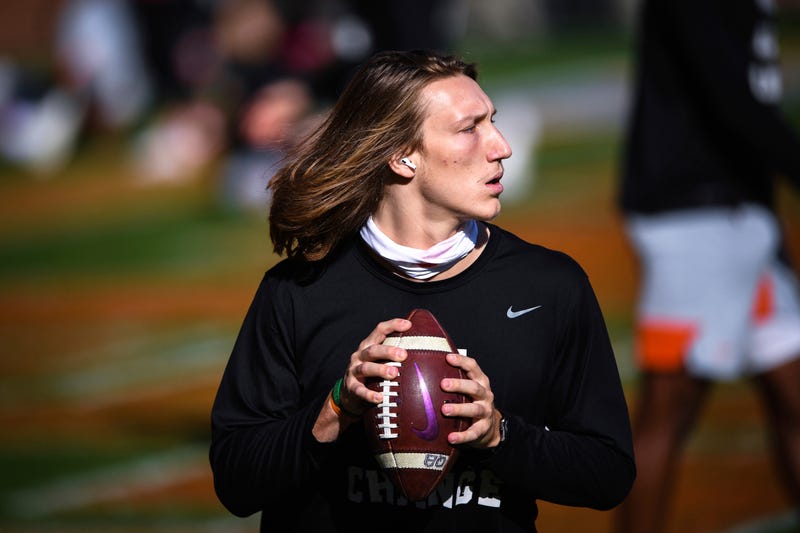 Clemson quarterback Trevor Lawrence is leaving the door open about his football future despite previously saying he planned on heading to the NFL following this his junior season.

Lawrence, the 6-foot-6 passer with the flowing hair, is considered the likely consensus No. 1 pick in next spring's NFL draft.

But on Tuesday, Lawrence said he hasn't ruled out returning to Clemson for another year instead of going pro.

“My mindset has been that I'm going to move on,” Lawrence said. “But who knows? There's a lot of things that could happen.”

At the forefront could be which NFL team is in line to draft Lawrence. Right now, that's the offensively challenged New York Jets, who are 0-7 and the league's only winless team.

Lawrence, from Cartersville, Georgia, has a 31-1 record as a starting college quarterback and has the top-ranked Tigers (6-0) in line for a sixth consecutive ACC title and trip to the College Football Playoff.

Lawrence is scheduled to graduate with a bachelor's degree in marketing in December.

Lawrence believes there's a plan for him, “no matter where I go, whether that's across the country or whether it's close to home, whether I stay another year, we'll work it out," he said.