Notre Dame, which will be competing in the ACC this season was predicted to finish second, with the remaining two first-place votes.

The UNC Tar Heels placed third in the preseason ballot.

Here is a look at the full standings predictions by voters:

Clemson quarterback Trevor Lawrence was named the preseason ACC Player of the Year with 100 votes. Running back Travis Etienne, who received the award in each of the last two seasons, received 30 votes.

Trevor Lawrence has been selected as the ACC Preseason Player of the Year! @ClemsonFB | #ACCFootball pic.twitter.com/HPzbP56dnA 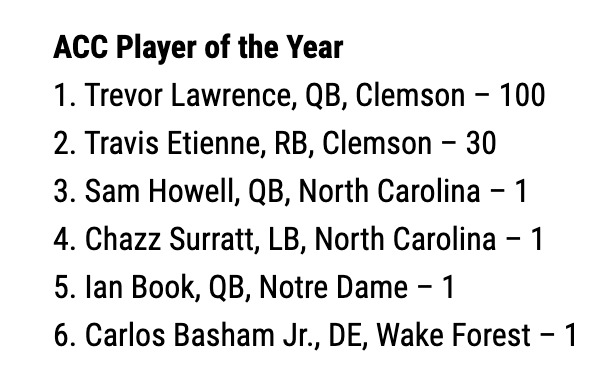 Here is how the votes turned out for the All-ACC preseason teams: 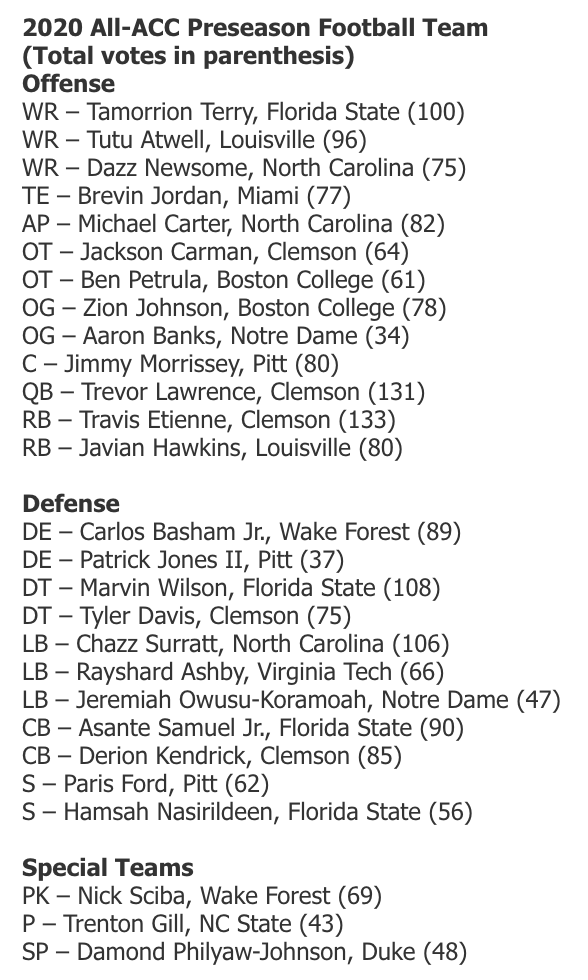 Due to COVID-19 concerns, each team will only play 11 games, with 10 being conference opponents.