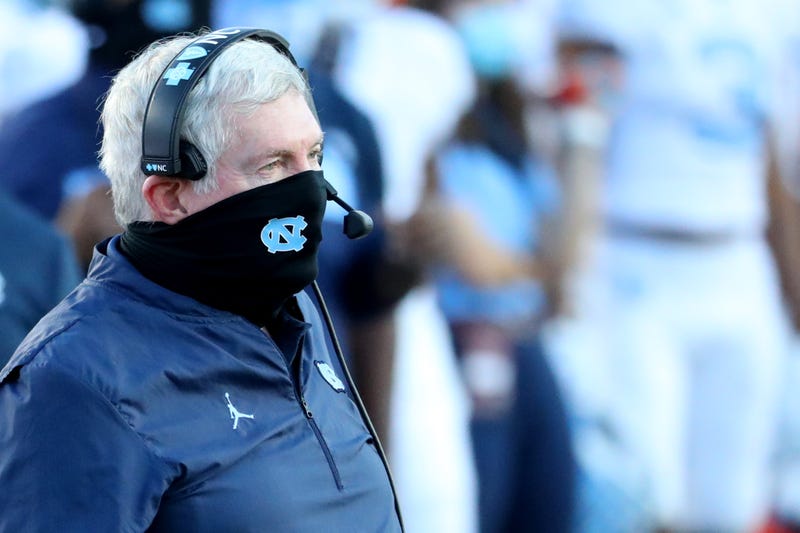 It's an early rivalry week in the Tar Heel state. A mid-October rare top 25 showdown between No. 14 North Carolina (3-1) and No. 23 NC State (4-1) at Kenan Stadium for a Saturday afternoon affair (Noon, Radio: WBT).

The Tar Heels are hoping to bounce back from last week's ugly loss to Florida State, which dropped them from fifth in the rankings all the way down to fourteen. Over in Raleigh, meanwhile, the rival Wolfpack has won three straight and entered the polls the first time in two years.

And while any version of this rivalry has the potential to be a good one, this matchup has even more significance – it's just the third time ever that both have been national ranked coming into the game. The last time that happened was way back in 1993.

The Wolfpack brought in a new offensive coordinator in Tim Beck this season and the move has paid off thus far. The longtime assistant has produced the 24th-most efficient offense in the country that is averaging over 33 points per game. The bad news for NC State is that quarterback Devin Leary broke his leg in last week's 31-20 win over Duke and is likely out for the rest of the season. Junior backup Bailey Hockman is expected to take over, but has not exactly impressed this season. He was benched in favor of Leary in week two's loss to 20th-ranked Virginia Tech after throwing for 82 yards, along with two interceptions.

But Hockman has played well in the past, and has plenty of targets to help the Wolfpack's offense get back on track. Four players have over 100 receiving yards, including Emeka Emezie, who leads the way with 19 receptions, two of them touchdowns. Cary Angeline is a major red zone threat this seasons. The 6-foot-7 tight end has 11 catches for 177 yards and five scores.

The Pack also has a solid tandem at running back in Ricky Person and Zonovan Knight, who have combined for 688 yards and six touchdowns. With Hockman taking over at quarterback, the Wolfpack will no doubt want to run the ball more than ever. That could spell trouble for UNC's defense, which has given up a whopping 501 rushing yards and 76 points in the past two games.

NC State's defense has had its own difficulties this season, giving up over 421 yards and 31 points per game. But they're an aggressive group, ranking fourth in the ACC with 16 sacks from 11 different players. Sophomore linebacker Drake Thomas leads the way with four QB pressures and two sacks. He teams with Peyton Wilson, who is all over the field – Wilson leads the team in tackles and also has two of the Pack's six interceptions. The hardest task will be slowing down UNC's potent attack led by quarterback Sam Howell and the dynamic rushing tandem of Michael Carter and Javonte Williams, who leads the Tar Heels with nine touchdowns.

The Tar Heels whipped up on the Wolfpack 41-10 in Raleigh last season, ending a three-game skid to their rivals. They're hoping for a similar result this weekend that will get their season back on track.

“You can't be a national contender without first being the best team in North Carolina,” said running back Williams. “That's what this week is about, getting everything right after last week and starting our goal of winning the state.”

Mack Brown seems to have the magic touch when it comes to doing that – the Tar Heels have won six straight against the Wolfpack under Brown. They're favored again this week, and I think they'll make it seven in a row on Saturday.