Pitching and defense might win in the postseason, but it takes a potent offense to get you through the dog days of the regular season.

Last season was basically one long homerfest, with several MLB home run records being rewritten in 2019. It marked the continuation and perhaps logical conclusion of a trend which appears to have been set in motion by the league itself in recent years.

The shortened 2020 campaign should obviously see many fewer single-season records set, certainly not for cumulative stats. But there are no indications the offensive barrage will abate. If anything, it follows that baseball might double down on this strategy, given the perception that offense is more accessible and entertaining for the mythical casual fan.

Here are the top 10* (plus one for no particular reason) lineups we expect to mash in 2020: 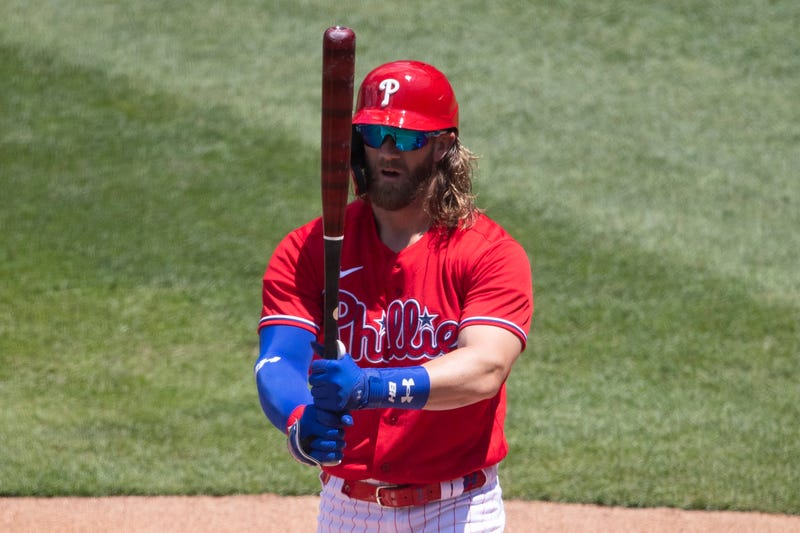 What the Phillies' lineup lacks in wow factor, it makes up for in depth. Some say Bryce Harper "stunk" in his first year in Philly, but that was still better than most players' best season. Now he has a long lineup around him, featuring JT Realmuto, Rhys Hoskins, Andrew McCutchen, Jean Segura, Jay Bruce and Didi Gregorius. A better year from Harper, plus a full year of McCutchen in the leadoff spot and the addition of Gregorious, should make a big difference. Scott Kingery last year showed flashes of the promise that made him a top prospect; another step forward could lift this offense's outlook dramatically. 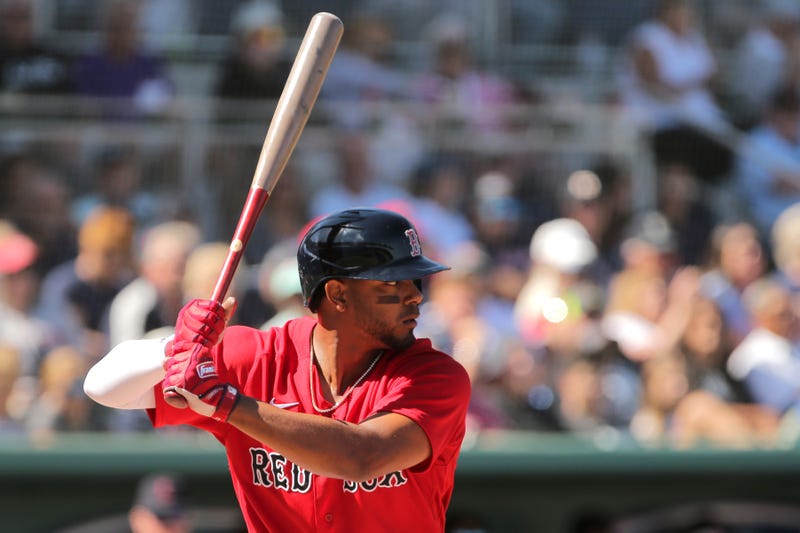 Boston suffered arguably the biggest loss of the offseason, subtracting former AL MVP Mookie Betts from a lineup that was hugely productive last season. The Sox were one of only four teams to score at least 900 runs in 2019. They probably won't score at that rate again, but Andrew Benintendi, Xander Bogaerts, Rafael Devers and JD Martinez still make for a formidable top-four. The development of Alex Verdugo, acquired in the Betts deal, and second-year infielder Michael Chavis, who held his own as a rookie, will be key. 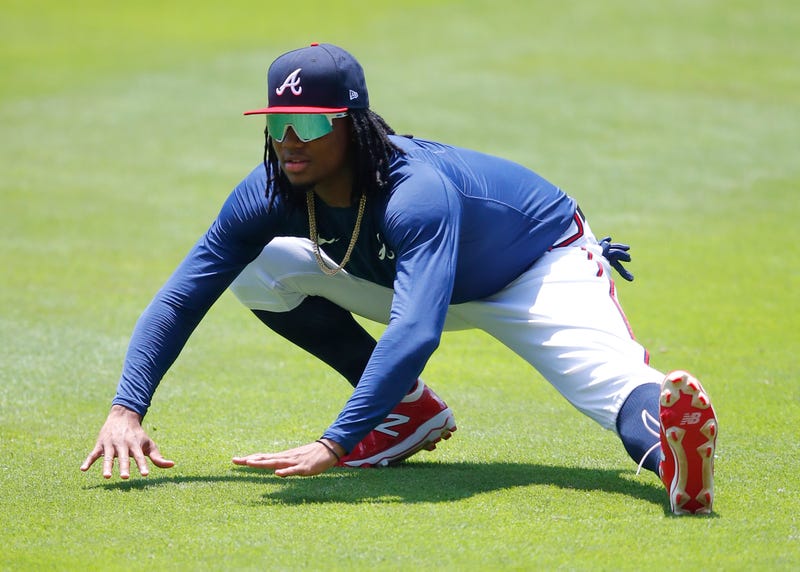 Atlanta won the NL East with a balanced attack in 2019, preventing their share of runs behind a strong rotation, while also finishing seventh in runs scored in MLB. A potent top-4 of Ronald Acuna, Ozzie Albies, Freddie Freeman and Marcell Ozuna should pack plenty of punch once again in 2020, but the loss of Josh Donaldson and his 132 wRC+ is significant. The Braves should be in the thick of, if not leading, the NL East race once again, but they will need Austin Riley and Dansby Swanson to take steps forward to offset the loss of J-Don. 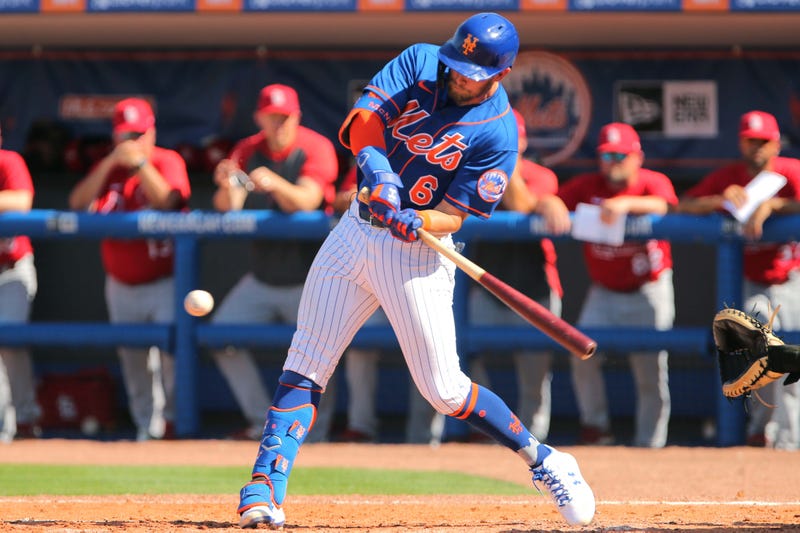 The Amazin's appear to have plenty of offense to spare, at least on paper, but the problem is getting their best sticks into the lineup without completely punting on their already shaky defense. JD Davis' best defensive position is DH, to put it kindly, but it appears Yoenis Cespedes will have first dibs on that gig, pushing Davis to left field. But between age and injury history for guys like Cespedes and Robinson Cano, the Mets should make liberal use of platoons and rest days, freeing up some extra plate appearances for Dominic Smith. Everyday fixtures Jeff McNeil, Pete Alonso and Michael Conforto are rock-solid at the top of the lineup. A return to form for Brandon Nimmo and the further development of Amed Rosario would be huge. 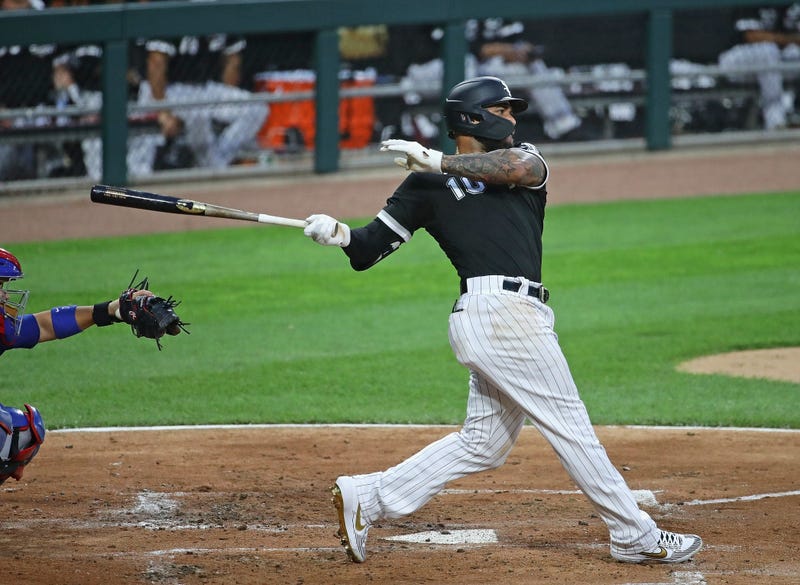 The Pale Hose could be poised to make one of the biggest year-over-year jumps in offensive production. After ranking 24th in runs scored last season, the White Sox beefed up their lineup by adding proven sluggers Yasmani Grandal and Edwin Encarnacion, as well as the intriguing former Rangers outfielder Nomar Mazara. They join established regulars Tim Anderson, Yoan Moncada and Eloy Jimenez. Best of all, the Sox have promoted all-world rookie outfield prospect Luis Robert, who eclipsed 30 homers and 30 steals in the minors in 2019. The South Siders are a trendy pick for most improved team in 2020. 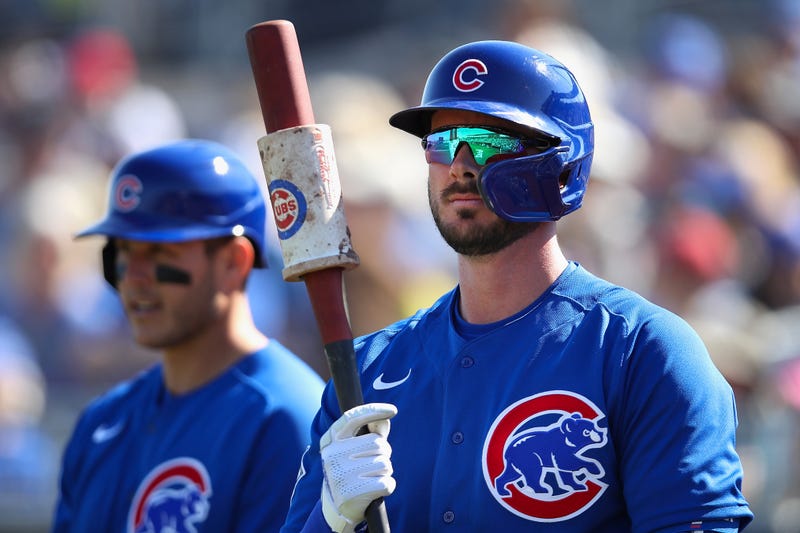 How did the Cubs not make the playoffs last season? Their run differential was nearly 100 runs better than that of the Brewers, their NL Central rivals who claimed the second wild card by a comfortable margin of five games. In any event, the Cubs return essentially the same lineup that put up 814 runs in 2019, good for 10th in MLB. Kris Bryant's rebound season was a big reason why, and Ian Happ's apparent cutback on the whiffs bodes well for 2020. Javier Baez proved his 2018 breakout was no fluke, and Anthony Rizzo is as dependable as they come at first. Look for promising young infielder Nico Hoerner to push Jason Kipnis at second base at some point. 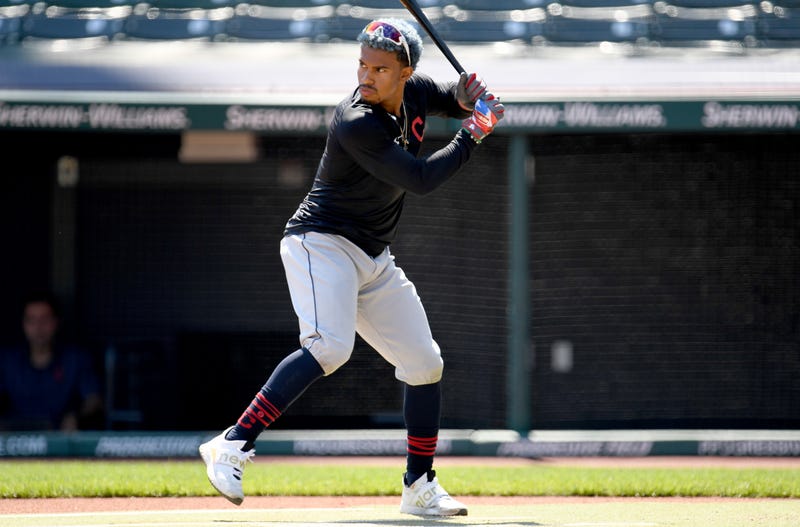 The Indians were in the middle of the pack in runs scored in 2019, No. 15 to be exact. The additions of speedster Cesar Hernandez and lefty-killing slugger Domingo Santana should help, but more important is a rebound season for Jose Ramirez and a fully healthy campaign from all-world shortstop Francisco Lindor, whose April and May were hampered by ankle injuries last season. Cleveland was one game under .500 at the end of May in 2019, before taking off for 93 wins from there. Another year of development for promising youngsters Franmil Reyes and Oscar Mercado should also help beef up a lineup anchored by Carlos Santana, who had his finest season in 2019, his first back in Cleveland after a one-year stint in Philly. 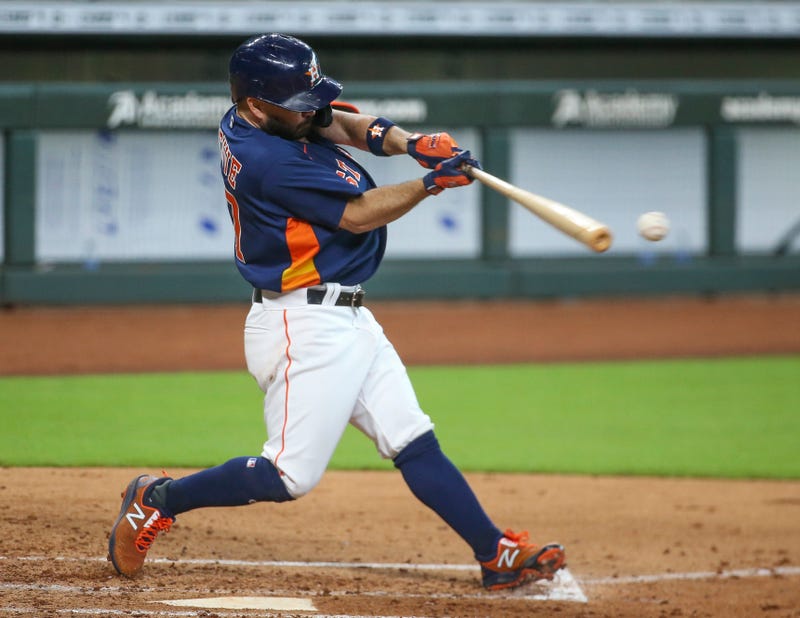 Everyone wants to know whether the Astros' lineup will be quite so potent, assuming they're no longer stealing signs, but MLB's investigation found no evidence of such shenanigans in 2019, when Houston put up an impressive 920 runs. Young slugger Yordan Alvarez's MLB career got off to a blistering start last year -- 27 dingers in a mere 369 plate appearances -- but he was sidelined in summer camp with an undisclosed ailment. Still, the Astros remain loaded with elite talent all over the lineup, led by George Springer, Alex Bregman, Jose Altuve, Carlos Correa, and steady Eddie extraordinaire Michael Brantley. Yuli Gurriel's 30-homer outburst was a pleasant surprise in 2019, though regression wouldn't be surprising there. 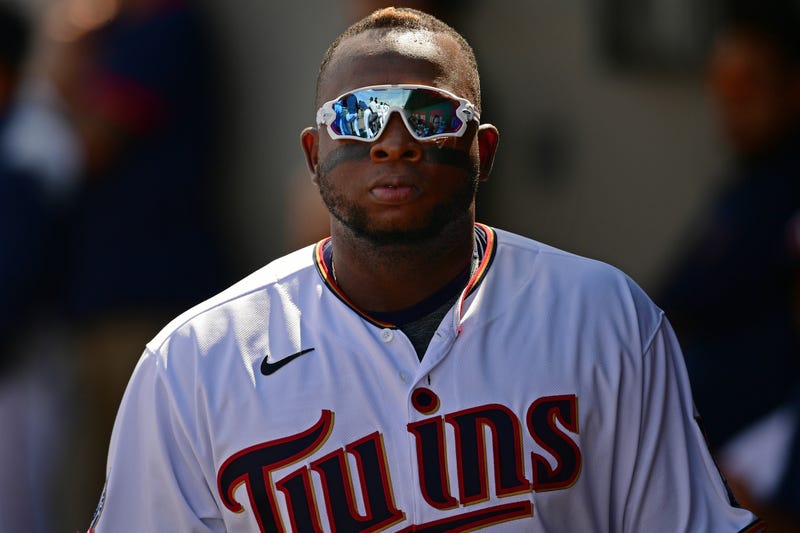 The Twins, somewhat surprisingly, crashed MLB's homerfest in 2019, edging out the Yankees for the most dingers in baseball. They should be poised to put up similar production once again in 2020, this time with newly signed third baseman Josh Donaldson adding even more pop and depth to their stacked lineup that includes boppers such as Miguel Sano and the ageless Nelson Cruz. Five Twins socked 30 or more homers in 2019. One of them was the relatively unheralded catcher Mitch Garver, arguably the surprise breakout star of the season. 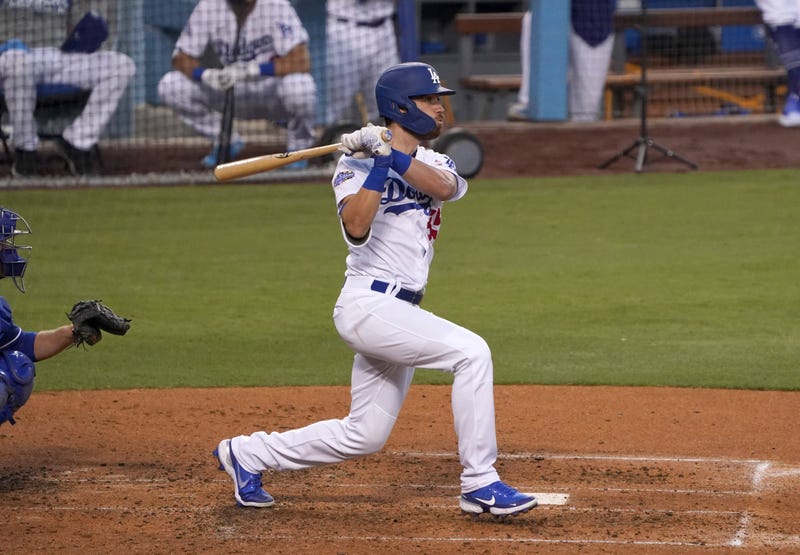 I was agonizing over whether the Dodgers' formidable lineup would be tops on this list, until they messed around and left Rookie of the Year candidate Gavin Lux off the Opening Day roster. Lux should be back soon, though, bringing the all-world lineup to full strength. Betts, Cody Bellinger, Max Muncy, Justin Turner and Corey Seager make for a top-5 to rival any in MLB, but there is depth here as well, with Lux and AJ Pollock bringing reinforcements. As well, catcher Will Smith posted a .908 OPS in 196 plate appearances last season. 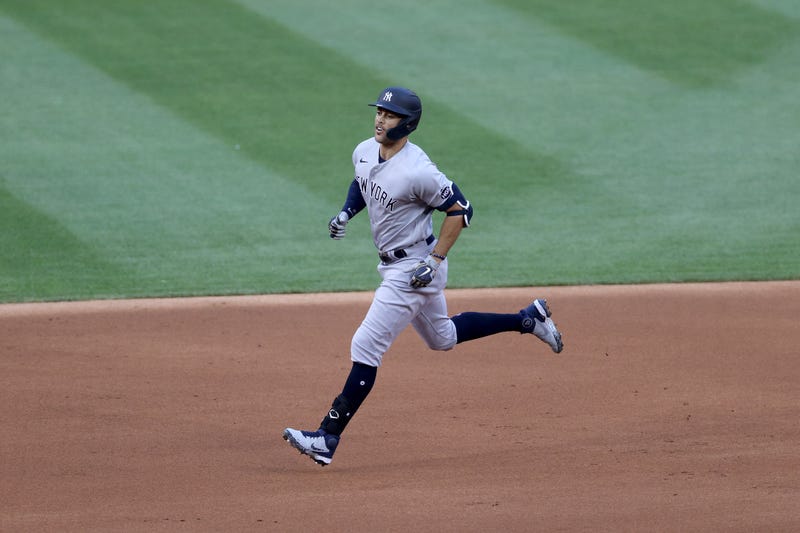 The fearsome 1-2 punch of Aaron Judge and Giancarlo Stanton teased their immense potential in the season opener on Thursday night. But we've seen that before, only for one or both to fall prey to the injury bug. The long layoff and shortened season bring hope for a fully healthy campaign for both righty sluggers, but even if not, the Yankees have proven consistently over the past few years that they have plenty firepower elsewhere in the lineup.