Since leading Clemson to the College Football National Championship in his true freshman year, Trevor Lawrence has been perceived as the shoo-in to be the No. 1 pick in the 2021 NFL Draft.

As he competes in what will almost certainly be his final collegiate season, Lawrence recently acknowledged that while he tries to ignore speculation about what team he'll play for in the NFL, he does get a kick out of it.

“I try to ignore it as much as possible,” Lawrence told Scott Keepfer of the Greenville News.

“Obviously, if you’re on social media at all, you can’t help but see some of it," he said. "It’s just funny.”

The weight of being the most touted quarterback prospect since Andrew Luck doesn't appear to be weighing on Lawrence, as he's thrown for seven touchdowns, zero interceptions and 848 yards in a 3-0 start for Clemson.

With a quarter of the 2020 NFL season in the rearview mirror for most teams, let's take a look at what teams are in best position to secure the top pick in the 2021 NFL Draft and the right to draft Lawrence: 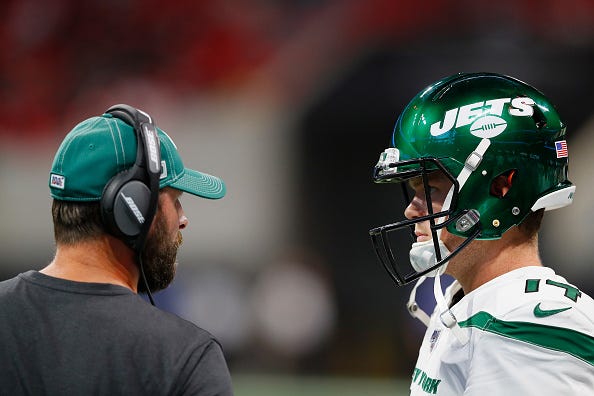 As we wrote after Week 2, the two teams that play their home games at Metlife Stadium - the New York Jets and Giants - are the two favorites at this juncture.

The Jets are 0-4, and if they are able to land the No. 1 pick, from here, there wouldn't be a debate about how to proceed. The team would become the most attractive head coaching opening in the sport, because the Jets would be in line to take Lawrence, while being able to flip Sam Darnold to a quarterback-needy team that won't have a top-five pick, like the Chicago Bears or Las Vegas Raiders.

Given the ineptitude of the NFC East, the Giants may end up with the No. 5 or No. 6 pick, as opposed to the top pick. That said, they're currently 0-4, and Saquon Barkley is out for the season. Until they win a couple games, it's hard not to mention them here. Like the Jets, they would have to give up on a recent top-10 pick to take Lawrence, but getting the chance to take a generational talent and trade Daniel Jones for a nice return might not be the worst fate.

Of course, we don't know that the Giants are even the worst team in their own division. The Washington Football Team did complete a comeback win over the Philadelphia Eagles in Week 1, but they've lost three consecutive games since. Though Ron Rivera has hinted at potentially benching Dwayne Haskins, continuing to play him may be best for the organization's future. Perhaps he'll catch fire and prove to be the team's long-term quarterback. If not, Washington will be bad enough to be in the discussion for the No. 1 pick. If the team turns to Kyle Allen, they may win a few more games, but it will push them out of position to potentially land Lawrence or Ohio State quarterback Justin Fields.

After a 1-0 start and a narrow loss to the Tennessee Titans in Week 2, the Jacksonville Jaguars have lost two consecutive games, falling to 1-3. One of the preseason favorites to land the No. 1 pick could remain in this discussion, but the guess here is that Gardner Minshew and company will win enough games to push themselves out of this range, but not be a serious playoff contender. 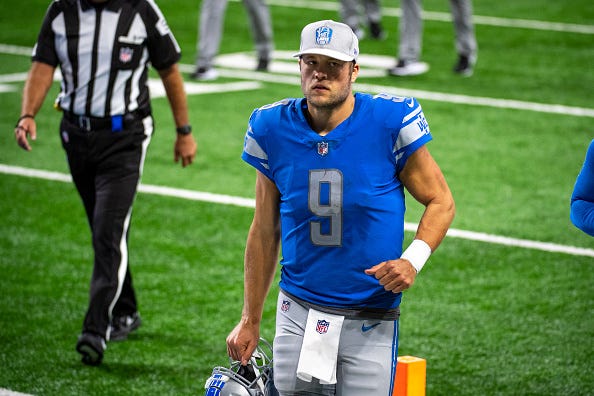 Would They Move on From Their Current Quarterback?

The Atlanta Falcons are 0-3 and will play the Green Bay Packers on Monday Night Football this evening. The Falcons are on the cusp of falling to 0-4, and Matt Ryan probably bares as little responsibility as anyone in their organization.

Still, Ryan will be 36 next season, and the Falcons will almost certainly have a new head coach. So would the Falcons trade Ryan if they had the chance to draft Lawrence? Maybe.

The 1-3 Detroit Lions are in a relatively similar situation with Matthew Stafford. Matt Patricia seems unlikely to still be the team's head coach in 2021. And frankly, you wonder if Stafford, 32, wouldn't like a fresh start elsewhere. As RADIO.COM's Jordan Cohn said Sunday, every time you watch Stafford play, you're left to wonder what his resume would look like if he played for any other organization in the sport. After 12 seasons in Detroit, you have to wonder if Stafford feels the same way.

The problem for both of these teams - and probably the Minnesota Vikings with Kirk Cousins - is that while they seem very unlikely to be playoff teams in 2020, it's still hard to imagine them finishing with the worst record in the NFL. Even landing the No. 2 pick, which is expected to be used on the aforementioned Fields, probably isn't going to happen.

For the Falcons, Lions and Vikings, the most intriguing scenario will be if their front offices fall in love with North Dakota State quarterback Trey Lance, who they could realistically be in a position to select. Lawrence probably isn't likely to land in any of these cities, though. 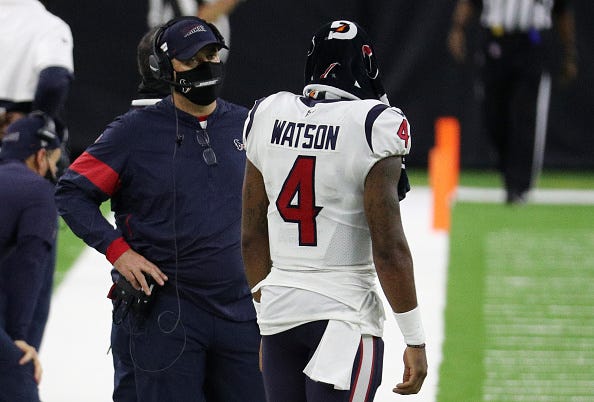 The Houston Texans are 0-4, which may not bode well for Bill O'Brien's future, but Deshaun Watson isn't going anywhere. Watson is one of the five most talented quarterbacks in the sport, and signed a four-year/$156 million extension before the season, one that guarantees him over $110 million. It would be unfathomable for the Texans to finish the season with the worst record in the NFL, but even if they do, they would probably shop the top pick.

Though not pretty at times, the Philadelphia Eagles have gone 1-0-1 over the last two years. Given Carson Wentz's injury history, the team would have to consider taking Lawrence if they ended up with the top pick, but it just doesn't seem that they will.

Joe Burrow and Justin Herbert have shown enough in the first four weeks of the season that you feel pretty certain that the Cincinnati Bengals and Los Angeles Chargers won't have the top pick in 2021. Tua Tagovailoa has yet to make his NFL debut, but Ryan Fitzpatrick has guided the Miami Dolphins to one win already, and there's too much talent on the roster - and the Jets in their own division - to think the Dolphins will end up with the league's worst record.

And after a Thursday Night Football victory, the Denver Broncos still seem unlikely to secure the top pick. Make no mistake, the Broncos have been devastated by major injuries to Von Miller and Courtland Sutton. But Drew Lock will return in the near future, and while he may be on the clock, it seems improbable he'll be replaced by Lawrence.