From a salary cap perspective, Seattle Seahawks' superstar quarterback Russell Wilson will be quite expensive in 2020, as he'll carry a $31 million cap hit in his ninth NFL season.

However, there is often a discrepancy between cap hit and the actual money that a quarterback will take home in a given year. In 2020, there will be a $21 million difference in his cap hit and the money that he actually earns in 2020.

With the differences between cap hit and actual earning in mind, here are the quarterbacks scheduled to actually earn the most money in 2020, courtesy of Spotrac: 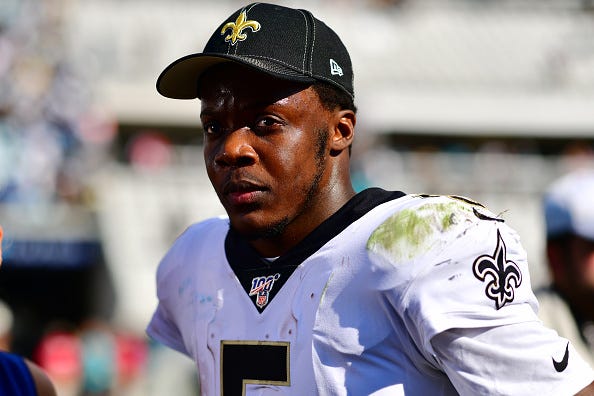 After going 5-0 in Drew Brees' absence last season, Bridgewater earned a three-year/$63 million deal to become the next starting quarterback for the Carolina Panthers. Even though it feels like he's been around forever, Bridgewater is still only 27. Will he still be the Panthers' quarterback in five years? Probably not, but he is relatively well set up for success in Carolina, having worked with new offensive coordinator Joe Brady before and joining an offense that includes Christian McCaffrey, Robby Anderson, D.J. Moore and Curtis Samuel. 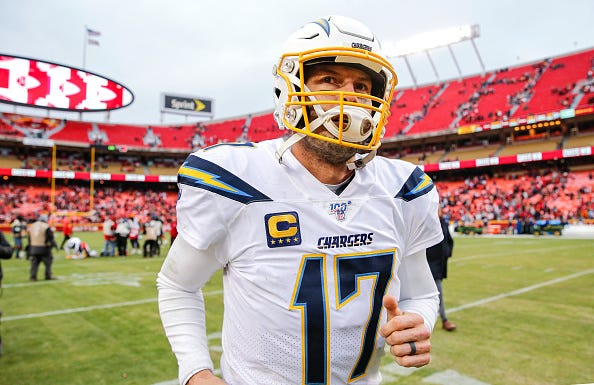 After 16 seasons with the Chargers, Rivers left in free agency to reunite with Frank Reich in Indianapolis on a one-year/$25 million deal that features a $13 million base salary and a $12 million signing bonus. If Rivers turns the ball over at the rate he did in 2019, this will almost certainly be the final NFL season for the 38-year-old. However, the Colts have an elite offense line, a strong one-two punch at running back with Marlon Mack and Jonathan Taylor and a healthy T.Y. Hilton. If Rivers plays how he did two seasons ago, the Colts may try to talk him into holding off his high school coaching career for another year or two. 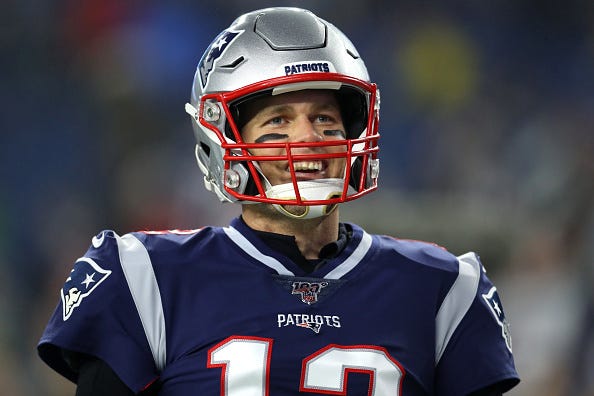 Brady had an illustrious two-decade stint in New England, one he'll follow up with at least two years in Tampa Bay after inking a $50 million deal this offseason. The six-time Super Bowl Champion will make a $15 million base salary in 2020, with a $10 million roster bonus. He will have his best group of pass-catching options since the 16-0 Patriots in 2007, as the Buccaneers employ Mike Evans, Chris Godwin, Rob Gronkowski, Cameron Brate and O.J. Howard. 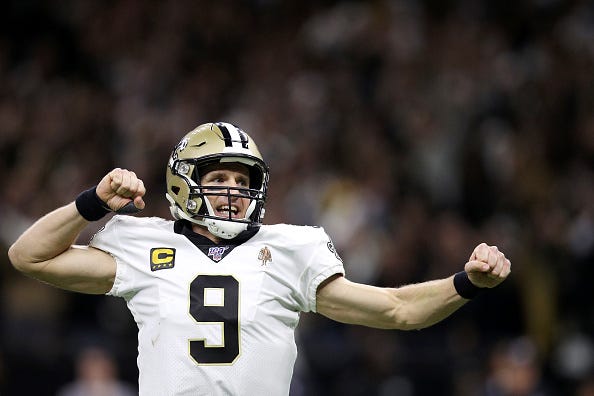 Drew Brees may be entering the final season of his career. Photo credit (Chris Graythen/Getty Images)

Brees restructured his contract this offseason, signing a two-year/$50 million contract that pushed dead money into the future. In 2020, which many think will be his final season, Brees is slated to make $25 million total. He actually will only make $2 million of that in a base salary, with a $16.25 million signing bonus and a $5.4 million restructure bonus. Whenever he chooses to retire, Brees has already agreed to join NBC's NFL coverage. 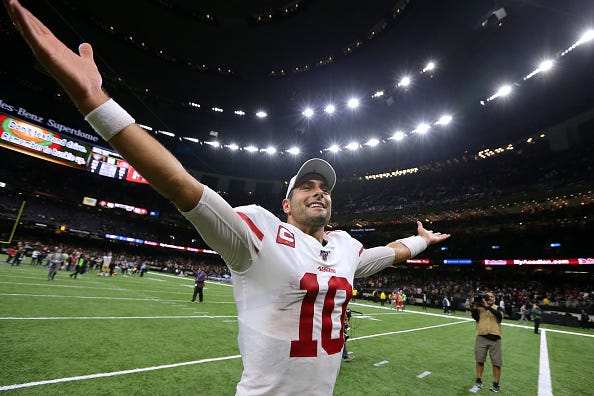 In 2020, Garoppolo will make $23.8 million of his money as part of his base salary. He also has signing, roster and workout bonuses as part of his contract in 2020. Say what you will about how Garoppolo performed in the 49ers' Super Bowl LIV loss, but he balled out in a 48-46 win in New Orleans in Week 14. 2019 also was just his first full year as a starting quarterback in the NFL. If they are so inclined, the 49ers could move on from Garoppolo after the 2020 season and take on just $2.8 million in dead cap. The guess here is they won't be inclined. 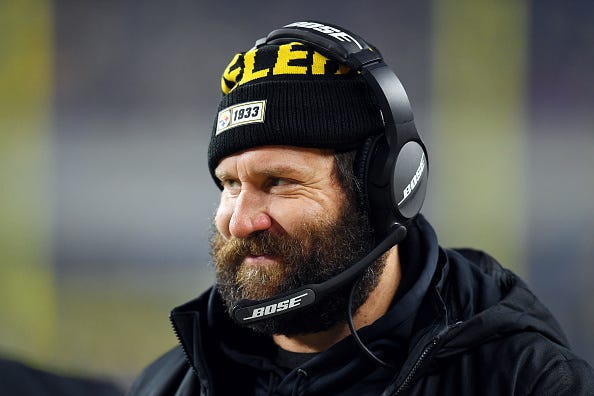 After elbow surgery limited Roethlisberger to parts of just two games in 2019, just how much the 38-year-old has left is one of the great mysteries heading into the 2020 season. What's certain is that the six-time Pro Bowler will collect $26 million in 2020 and carry a slightly lower cap hit. The Steelers better hope Roethlisberger has two more seasons left in him, because they would have to take on $22.25 million in dead cap money in 2021 to move on from him after this season. 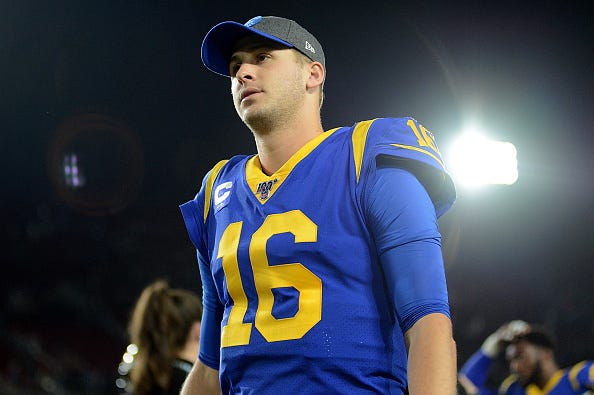 After a disappointing 2019 season, this feels like a pretty steep price for Goff. Still just 25, Goff will make the largest chunk of his money in his $21 million roster bonus in 2020. Even if he doesn't bounce back to the form he showed in 2018, there's not a ton the Rams can do, as there isn't an out in his contract until after the 2022 season. 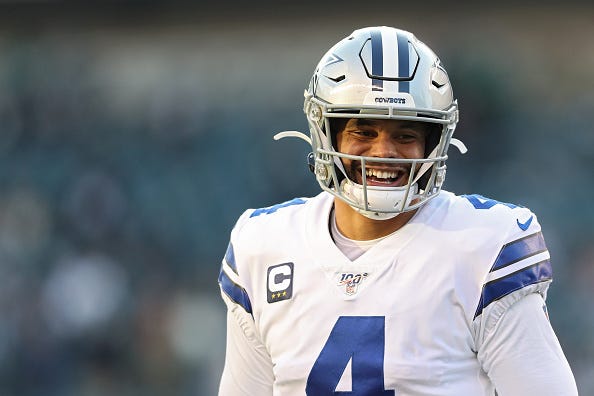 The Cowboys and Prescott may still reach a long-term extension before the 2020 season, but if not, there are worse financial fates than playing on the franchise tag. Kirk Cousins made a boatload of money playing on it twice for the Washington Redskins and then received a fully-guaranteed contract from the Minnesota Vikings when he finally reached free agency. Assuming health, Dak is going to make a ton of money over the next five or so seasons, whether he has to play on the franchise tag for a season or two or not. 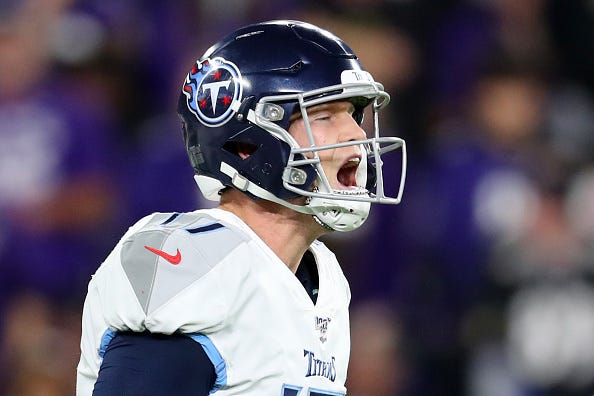 Tannehill rode a career revival and shocking trip to the AFC Championship Game to a four-year/$118 million deal to stay in Tennessee, one that guaranteed him $91 million. In his age-32 season, Tannehill will earn over $37 million, the most he's slated to earn in a single season as part of his new contract. The Titans are essentially tied for him for the next three seasons. 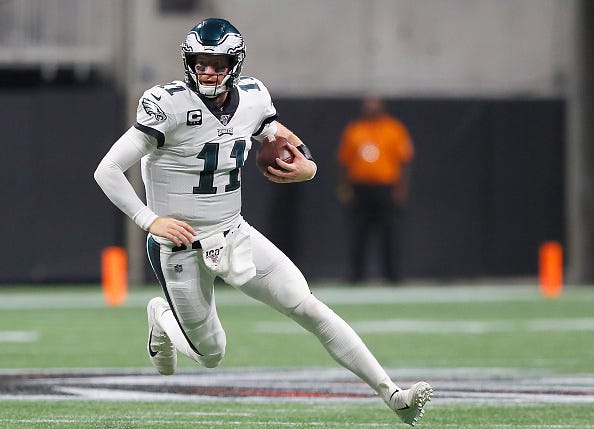 Last summer, the Eagles inked Wentz to a four-year/$128 million deal, guaranteeing him over $107 million. Though the 27-year-old has struggled with injuries during his first four NFL seasons, he's played an elite level when healthy. He's compensated to reflect that in 2020, as the former North Dakota State star will take home just shy of $40 million this season. 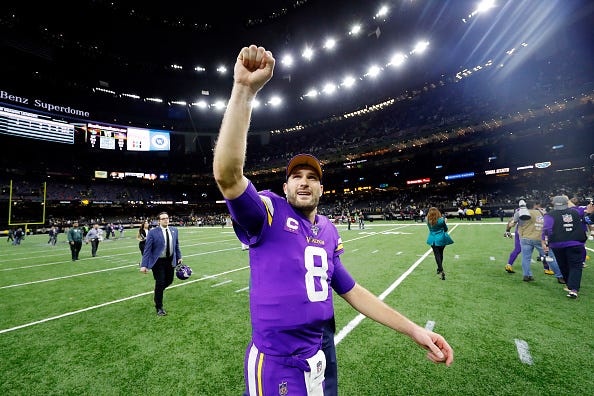 Kirk Cousins is coming off of one of the best seasons of his career. Photo credit (Kevin C. Cox/Getty Images)

Whatever you think of Cousins as a quarterback, he's changed the game in terms of player compensation. We referenced his willingness to play on the franchise tag in back-to-back seasons and his initial deal with the Vikings above. After leading the Vikings to an upset playoff victory in New Orleans last season, Cousins secured another fully guaranteed deal this offseason, signing a two-year/$66 million extension. As part of that new deal, Cousins' cap hit was lowered to a manageable $21 million in 2020, even though he will make more than just about any other quarterback in the sport. 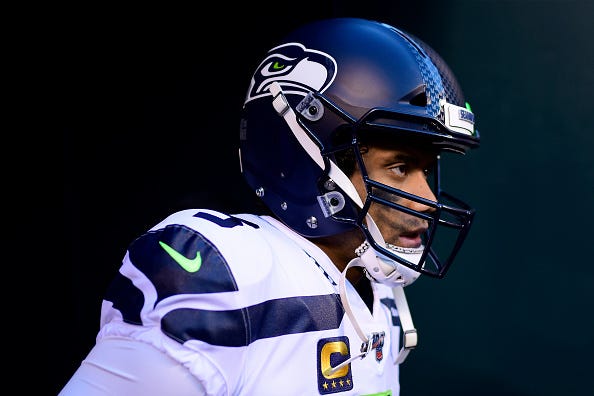