427 of the NFL's some 1,700-players in the 2019-20 season weighed in at over 300 pounds which means that, even in a league which features gargantuan individuals clashing in the trenches on every play, it's still a relatively small portion of players (almost exactly 25% of the league).

But taken out of the NFL context, 300 pounds is a very rare category. A 2007 study from the National Council on Strength and Fitness showed that 3.8 million Americans weighed in at over 300 pounds, and though you can expect that number to be higher -- perhaps by a significant amount -- in 2020, it still represents a very small chunk of the American population (~328 million).

This makes the freakish athleticism, fitness, and talent of the 427 current NFL players in the 300-plus lb. weight bracket all the more impressive. Even hulking beasts like J.J. Watt and Aaron Donald fail to break the 300-lb. marker. And though each and every one of them is truly special for even making it to the NFL, there is a group of players that goes above and beyond.

The following is a list of the most dominant stars that weigh in at over 300 pounds and completely terrorize their opposition. But first, some close calls who are extremely talented, but who didn't quite make the top 12 entering the 2020 season: 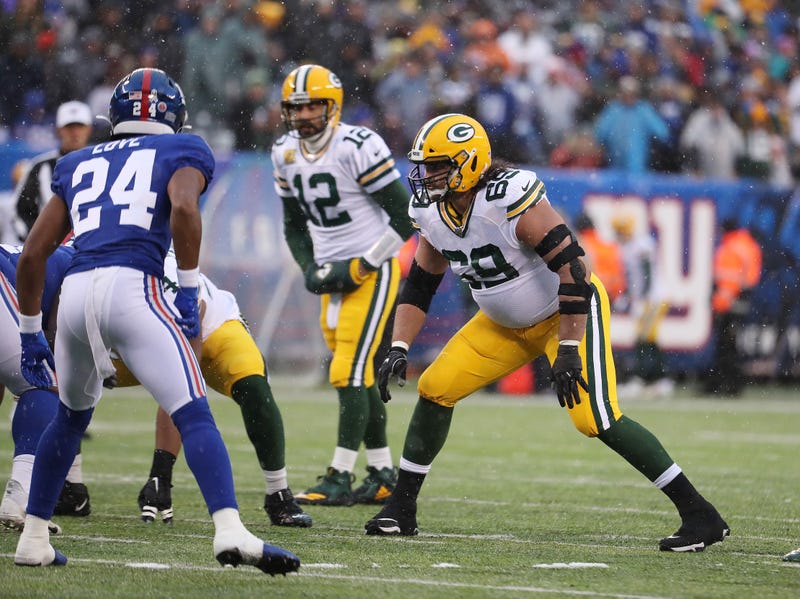 Bakhtiari has been among the best offensive tackles in the league since the moment he stepped on a professional football field for the first time in 2013. A Green Bay Packer his entire career so far, he becomes an unrestricted free agent after the 2020 season and keeping him around will likely be a top priority for the Packers front office as his free agency nears. ESPN analytics gave him a 96% pass block win rate in 2019, the highest of any offensive tackle in the league (h/t Freddie Boston of FanSided). 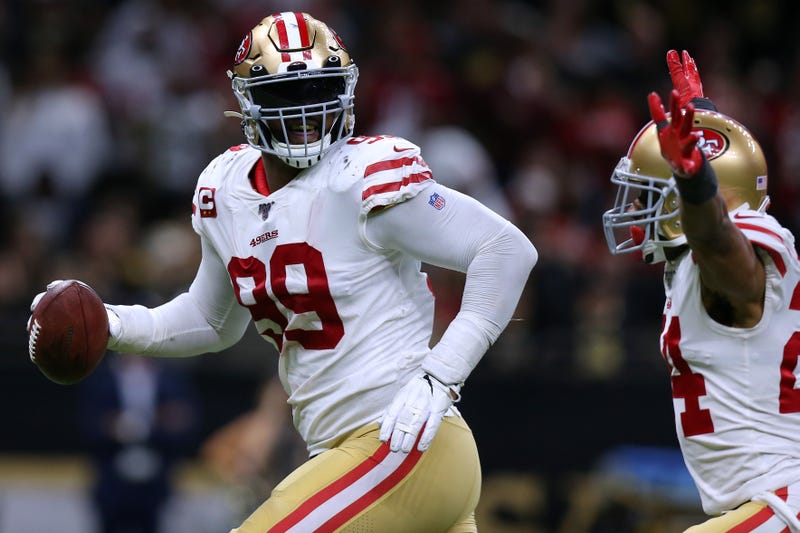 The Colts were so excited about getting Buckner that they immediately inked him to a four-year, $84-million deal, second to only Aaron Donald at the position in terms of average salary. And it's money well spent, so long as Buckner performs similarly to how he did in 2019, specifically in the early portion, where he was the highest-graded IDL in the league (via PFF). Still young, and with no concerning injury history, Buckner is an addition that helps make Indy the team to beat in the AFC South.

#Colts you’re in luck, DeForest Buckner is a freak of nature!

San Francisco was quick to replace Buckner with another huge presence in Javon Kinlaw (324 lbs.). 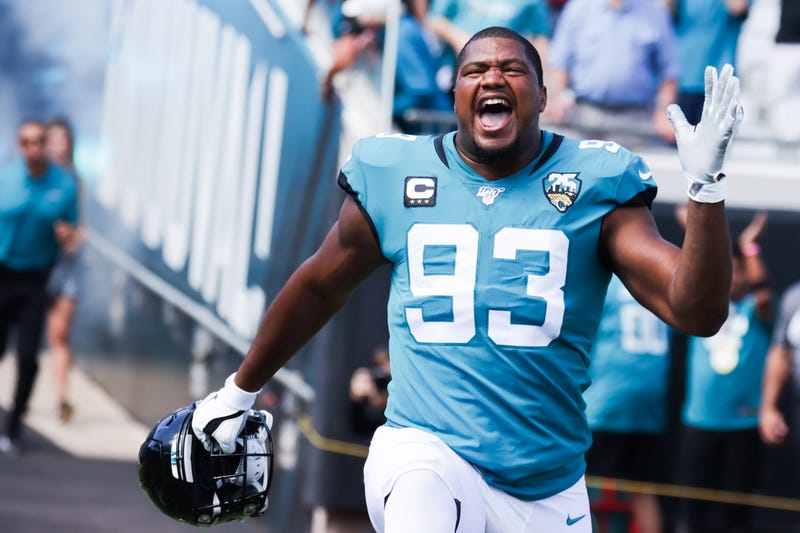 Calais Campbell ages like fine wine -- a 300-pound fine wine -- as he enters his age-34 season coming off of three straight Pro Bowl appearances, the first of which came alongside a first-team All-Pro selection. What's even more terrifying is that he now joins the Baltimore Ravens defense, a unit that allowed the third-fewest points and fourth-fewest yards in 2019. He hasn't shown any signs of slowing down, but instead is perhaps ramping up his performance, as he brought home the Pro Football Focus (PFF) Run Defender of the Year Award for the 2019 season. 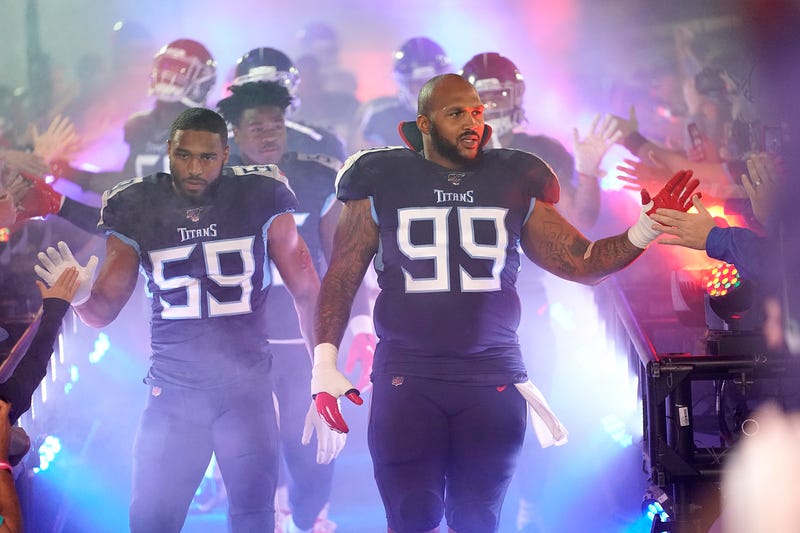 Though he's now over the age-30 hump, Casey was right to feel a little disrespected by the package the Titans received after they dealt him to the Broncos. Five Pro Bowls in the past five seasons doesn't quite seem to reflect the return that the Titans received: a single seventh-round pick. The move prompted Casey to come out and compare the Titans' decision to trade him to throwing him out "like a piece of trash" on the Double Coverage podcast (h/t Jordan Dajani of CBS Sports). Before the move, he was given the label of PFF's highest-graded AFC South IDL, a title he could very well transfer to the AFC West. 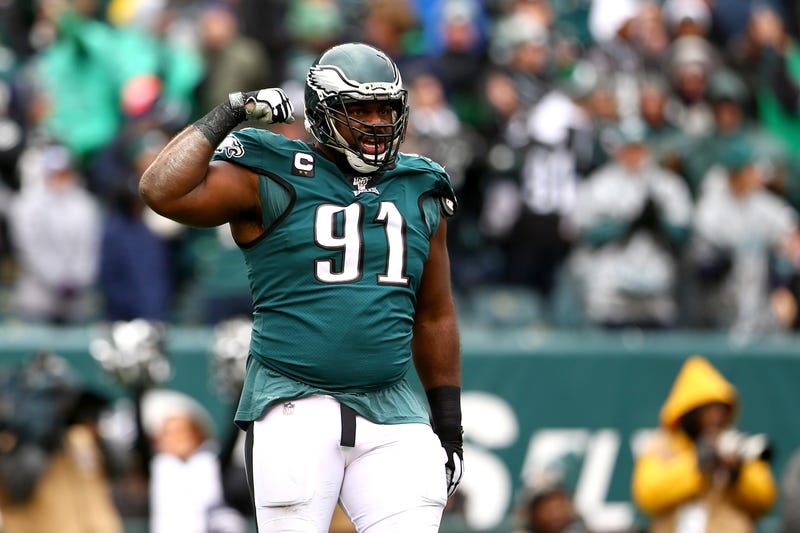 Fletcher Cox celebrates after one of his many defensive stops in midnight green. Photo credit Mitchell Leff/Getty Images

Even in a campaign which was almost unanimously labeled a down year for Cox, the eight-year veteran was elected to his fifth straight Pro Bowl, an indication of the respect he's garnered from the league and the fans, if nothing else. But it wasn't completely unwarranted: he still was a beast who continually and unrelentingly placed the opposing quarterback under pressure as well as anyone in the league. PFF ranked him in the top 15 players in the entire NFL heading into the 2020 season, while CBS Sports' Pete Prisco had him just outside the top 50. 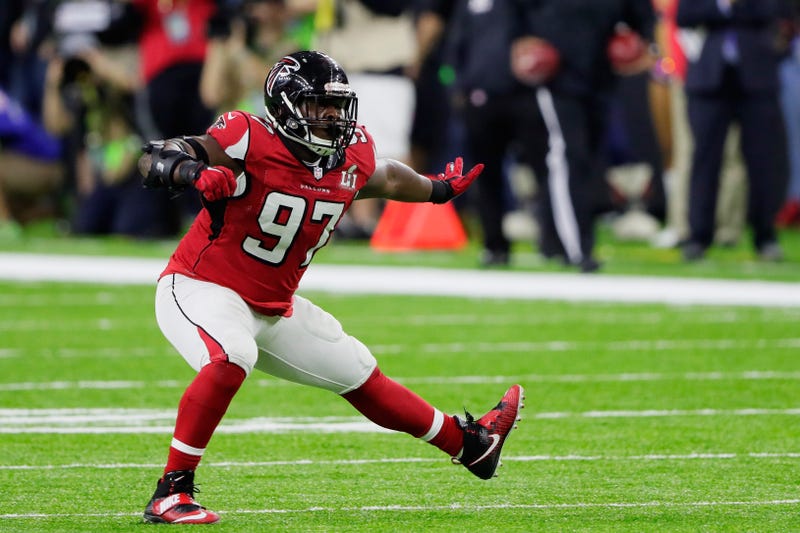 The Falcons were happy to see Jarrett, their 2015 fifth-round selection, even get so far as to become a meaningful every-game starter after only two seasons. But he continues to develop into a first-round type of talent, recording a career high 7.5 sacks in 2019 and earning his first Pro Bowl selection. Jarrett was behind only Aaron Donald in 2019 pass rush win rate, ahead of even the aforementioned Cox and Campbell, according to ESPN analytics. 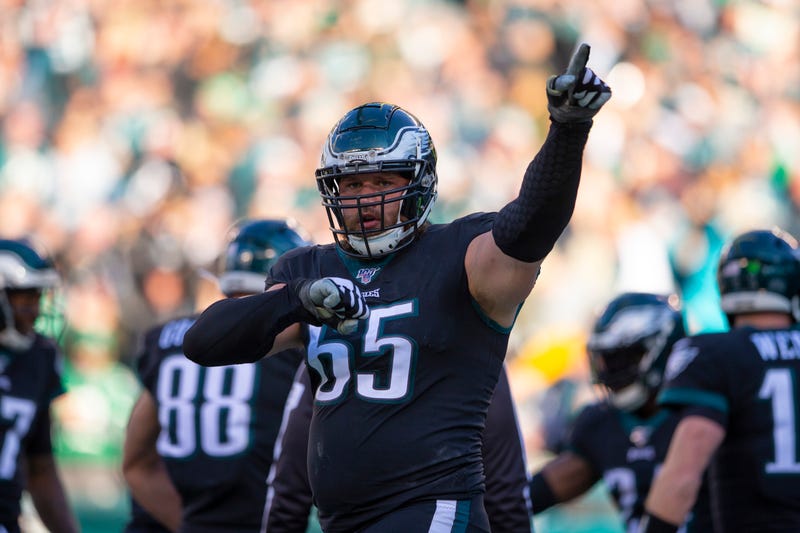 Lane Johnson will help to shoulder the load for the Eagles' depleted offensive line in 2020. Photo credit Mitchell Leff/Getty Images

The Eagles have thrived in recent years due to the presence of some colossal offensive linemen -- and the "undersized" Jason Kelce, who comes in at a hair under 300 lbs. -- but Lane Johnson will have to largely carry the weight on his shoulders this season. Brandon Brooks (335 lbs.), like Johnson, has been a Pro Bowler in each of the past three seasons but will see that train end in 2020 after an Achilles injury in the offseason forced him out for the entire year. Jason Peters (328 lbs.) still has a chance to return, but the nine-time Pro Bowler, as it currently stands, still awaits a team to call his number in free agency. 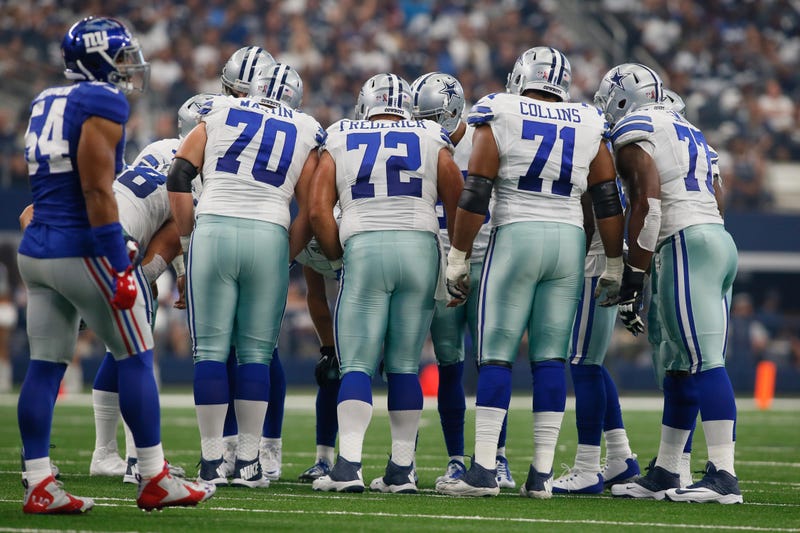 The Cowboys offense doesn't go without the consistently dominant offensive line in front of Dak Prescott, Ezekiel Elliott and the rest of the star-studded attack. Martin is a perfect six-for-six in Pro Bowl appearances since debuting in 2014 and he has picked up four first-team All-Pro selections as well, marking the highest of anyone on this list. Smith is now going on seven consecutive Pro Bowl selections, with two first-team All-Pro appearances as well, and they're both vital cogs in a system that produced the most yardage of any offense in the NFL in 2019. 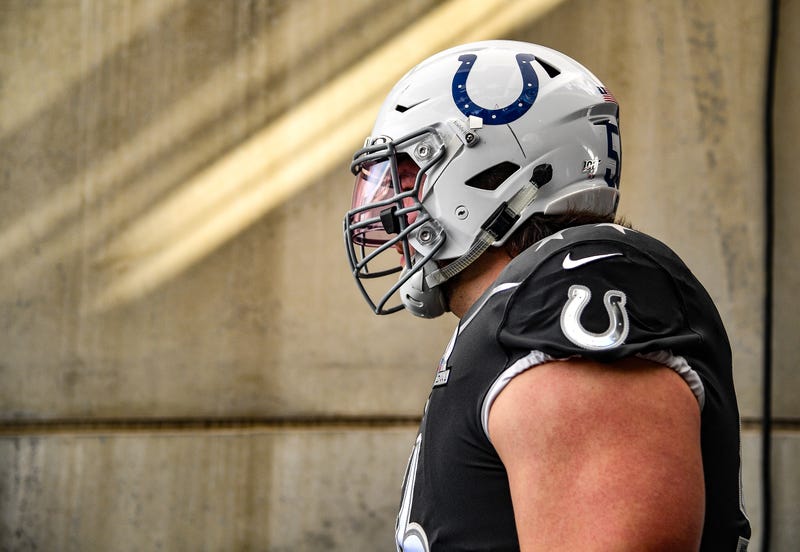 Quenton Nelson, though only entering his third season, has established himself as one of the best offensive linemen the game has to offer. Photo credit Mark Brown/Getty Images

Though he's only 24 years old and has only been in the league for two seasons, Nelson has a legitimate argument to be considered the best player on this list and the best offensive lineman in all of football. A Pro Bowler and a first-team All-Pro in both years, the Colts will rely heavily on Nelson's blocking chops to protect Philip Rivers and plow the way for Jonathan Taylor in the new-look Colts offensive attack. Celebrations? He's got those, too.

Quenton Nelson and the Colts really broke out the keg stand 😂 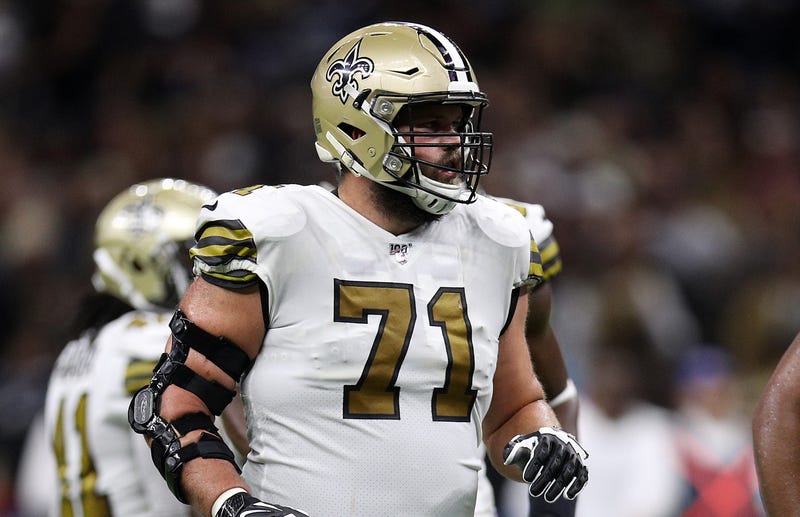 Though he's only been in the league for three years, the fact that this 2017 first-rounder still has yet to appear in a Pro Bowl is beyond ridiculous (though he did make it onto the more-important All-Pro first team in 2019). Drew Brees is a phenomenal passer, but he doesn't set several NFL records on his own. Michael Thomas helps, but the offensive line is the party that receives little recognition. But it's in the running game where Ramczyk excels most, as PFF awarded the third-year pro with the Run Blocker of the Year Award for 2019. 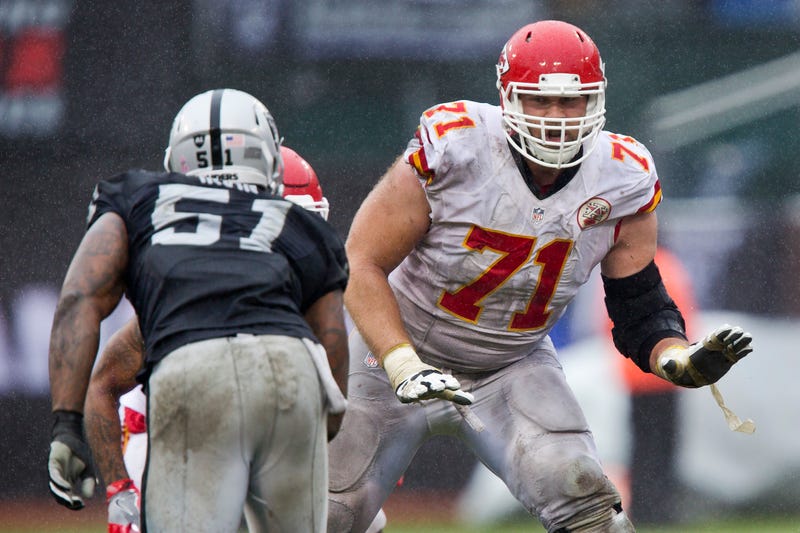 Though Geoff Schwartz may be the more famous of the two brothers, thanks to his successful post-playing media career -- he humbly calls himself 'just a fat kid living a dream' in his Twitter bio -- it's younger brother Mitchell he has the most success on the gridiron. After leaving Cleveland in 2015, Schwartz fond his niche in Kansas City and provided superb blocking for Patrick Mahomes, though he's another guy who is under-appreciated by way of his zero Pro Bowl selections. He won the PFF Matthews Award for best offensive lineman after the 2018 season and somehow remained underrated for the Super Bowl winning Kansas City Chiefs in 2019 despite playing in all 19 of their games. 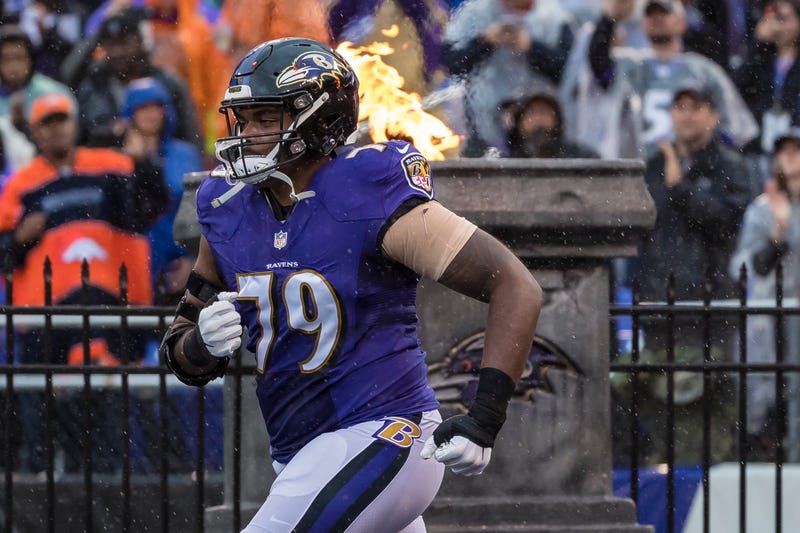 Lamar Jackson is the one who deserves all the credit for Baltimore's record-breaking rushing performance in 2019, and quite honestly, he should be. But fans often fail to recognize just how important Ronnie Stanley was to that equation.

Ronnie Stanley continues to be ELITE in pass protection this season 📈 pic.twitter.com/Hd1rh0Y79F

His contract expires after 2020, and though he's mentioned that he's in 'no rush' to get a deal done, sources expect his next paycheck to be a massive one.