The NFL Draft has wrapped up after three days, seven rounds, and 255 picks of furious roster-building action. With free agency mostly wrapped up and the warm months ahead, the draft is the final major marker on the offseason calendar, and the last chance for most teams to substantially overhaul the look of their rosters.

Here's a look at who came out on top and who struggled in a most unusual 2020 NFL Draft.

NFL
The NFL always seems to come out ahead. America's pro sports juggernaut steamed forward with its annual draft amid a public health crisis, initially to mixed reactions. Some said it was tone deaf, others said it was much-needed relief. TV viewers certainly responded in the affirmative, helping the league set a new ratings record for Round 1. 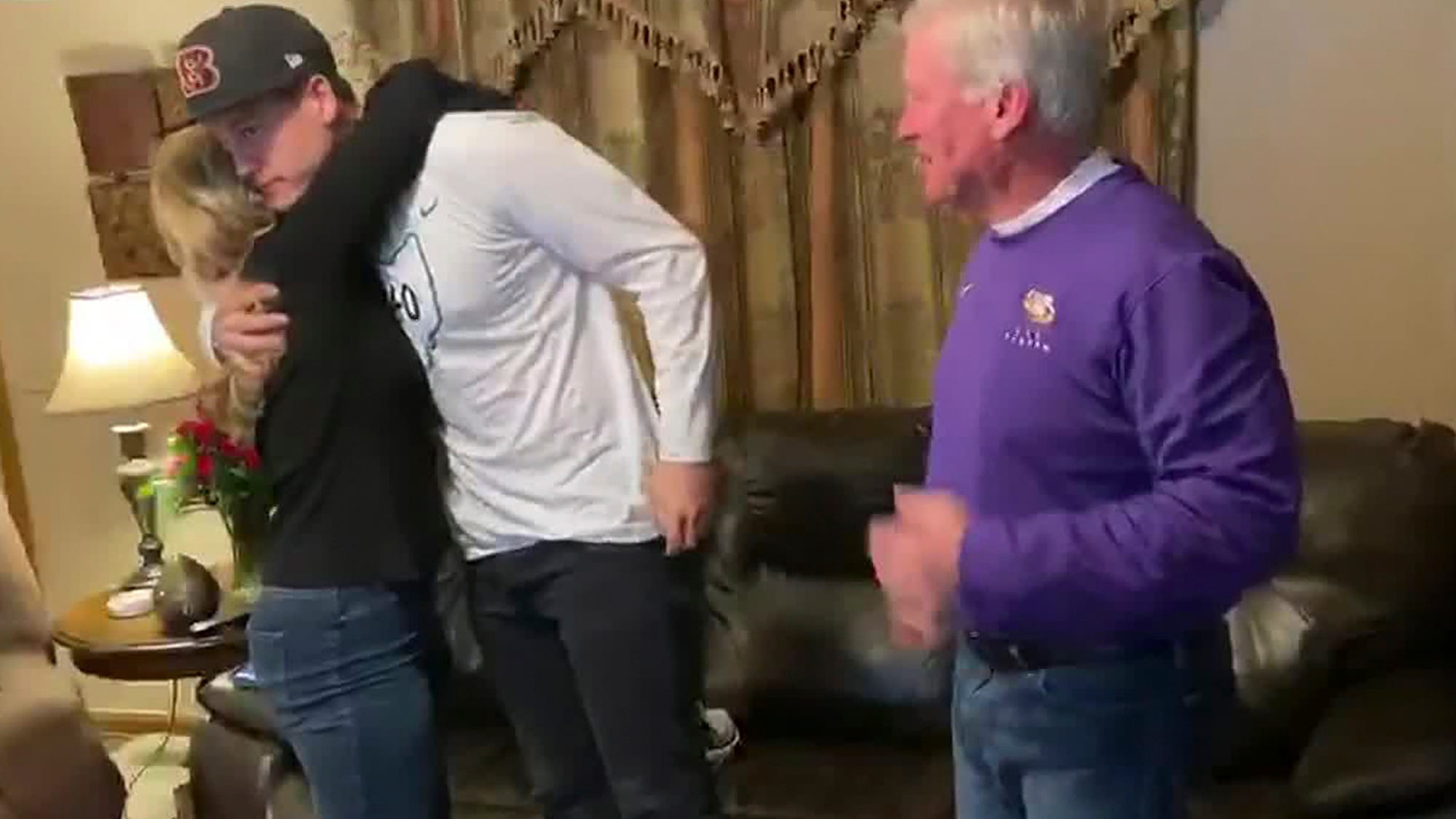 The NFL has made it through free agency and the draft relatively unscathed by the pandemic, although reality reasserted itself when ESPN draft analyst Todd McShay announced he was recovering from the virus and would have to skip the festivities.

Only time will tell what the world looks like when training camps are scheduled to open in the summer.

SEC
College football's premier conference remains an NFL factory. The Southeastern Conference produced a whopping 25 picks in the first two rounds, a new record. That's 39 percent. The two-round record came after the SEC set a new mark for the first round, with 15 of 32 players taken -- almost half -- on Thursday night.

Wide receivers
The 2020 draft class was said to be historically deep in wide receivers, and teams acted accordingly. The draft opened with a run on offensive tackles, creating a minor backslide for the receivers. Henry Ruggs III was the first wide receiver off the board at No. 12, taken by the Raiders. Once the seal was broken, though, six more wideouts were selected with the next 20 picks in the first round. The trend continued into the second round, where seven more wide receivers had their names called -- including Tee Higgins and Michael Pittman Jr. as the first the first two selections of the round. 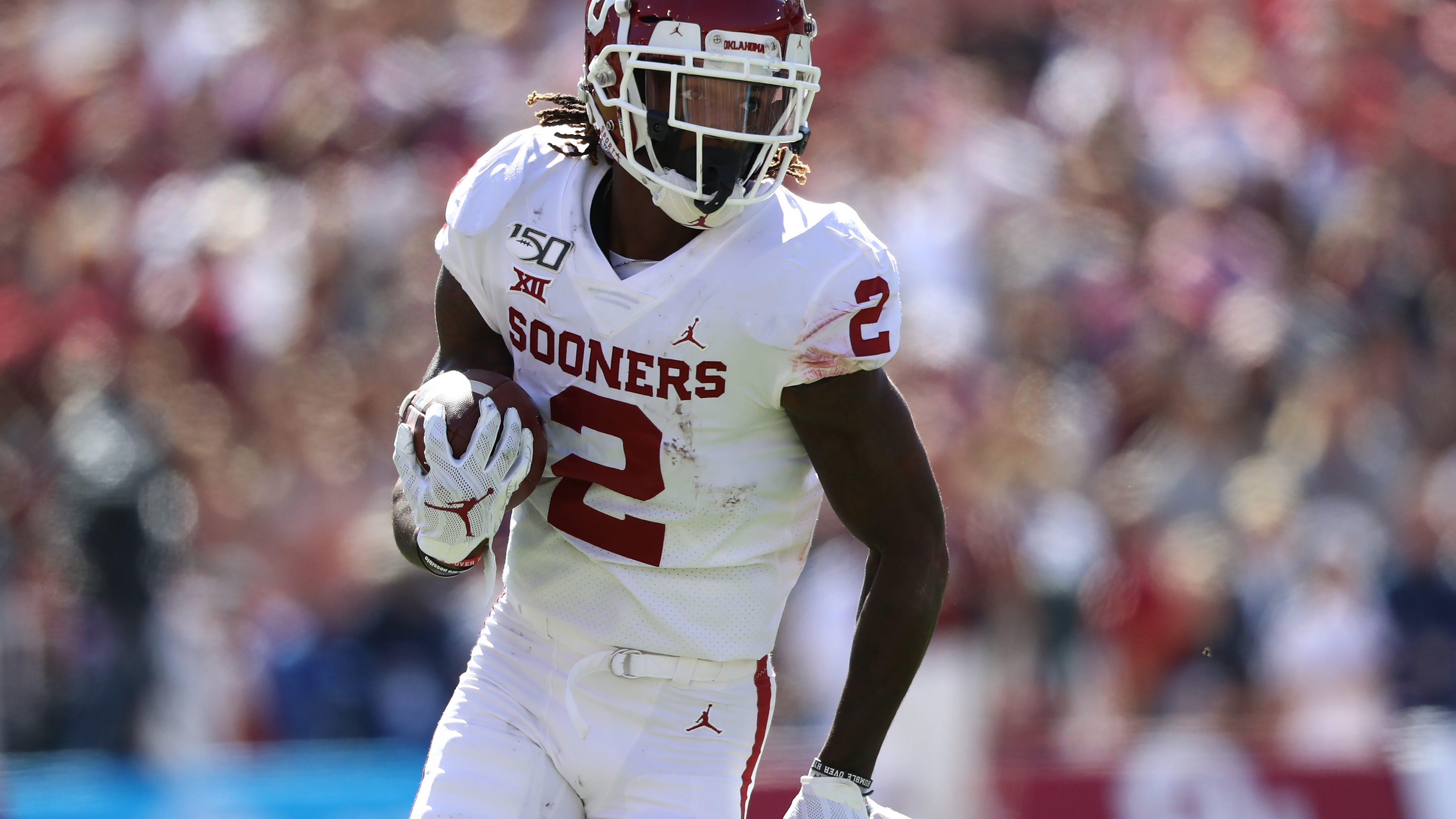 Ravens
The Ravens had an impressive 10 picks, and made the most of them as they usually do. Six of the picks came within the first three rounds. Their first five picks -- LSU LB Patrick Queen, Ohio State RB J.K. Dobbins, Texas A&M DL Justin Madubuike, Texas WR Devin Duvernay and Ohio State LB Malik Harrison -- were all projected to go earlier in most mocks. Iowa safety Geno Stone was an absolute heist in the seventh round as a fringe top-100 prospect on many big boards, and may turn out to be the best overall value pick of the draft. This is why the Ravens are good almost every year.

Detroit Lions
The Lions are retooling around veteran quarterback Matthew Stafford, who played well last year before going down with injury. It's hard to argue with any of Detroit's first four picks. Georgia running back D'Andre Swift looks like a plug-and-play playmaker. Ohio State offensive guard Jonah Jackson was a steal in the third round. Jeff Okudah should help Lions fans move on from Darius Slay, and Notre Dame edge rusher Julian Okwara could be a huge value pick if he's fully back from injury.

Cincinnati Bengals
Sometimes the best moves are the one you don't make. The Bengals had the entire offseason to overthink their position and potentially botch it, but they didn't. Joe Burrow was a no-brainer, and they didn't overcomplicate it by getting cute and trading back. It's hard to argue with Tee Higgins as the first player off the board in the second round. Wyoming linebacker Logan Wilson was by many accounts an excellent value with the first pick in the third round, as someone in the top 50 on many big boards. 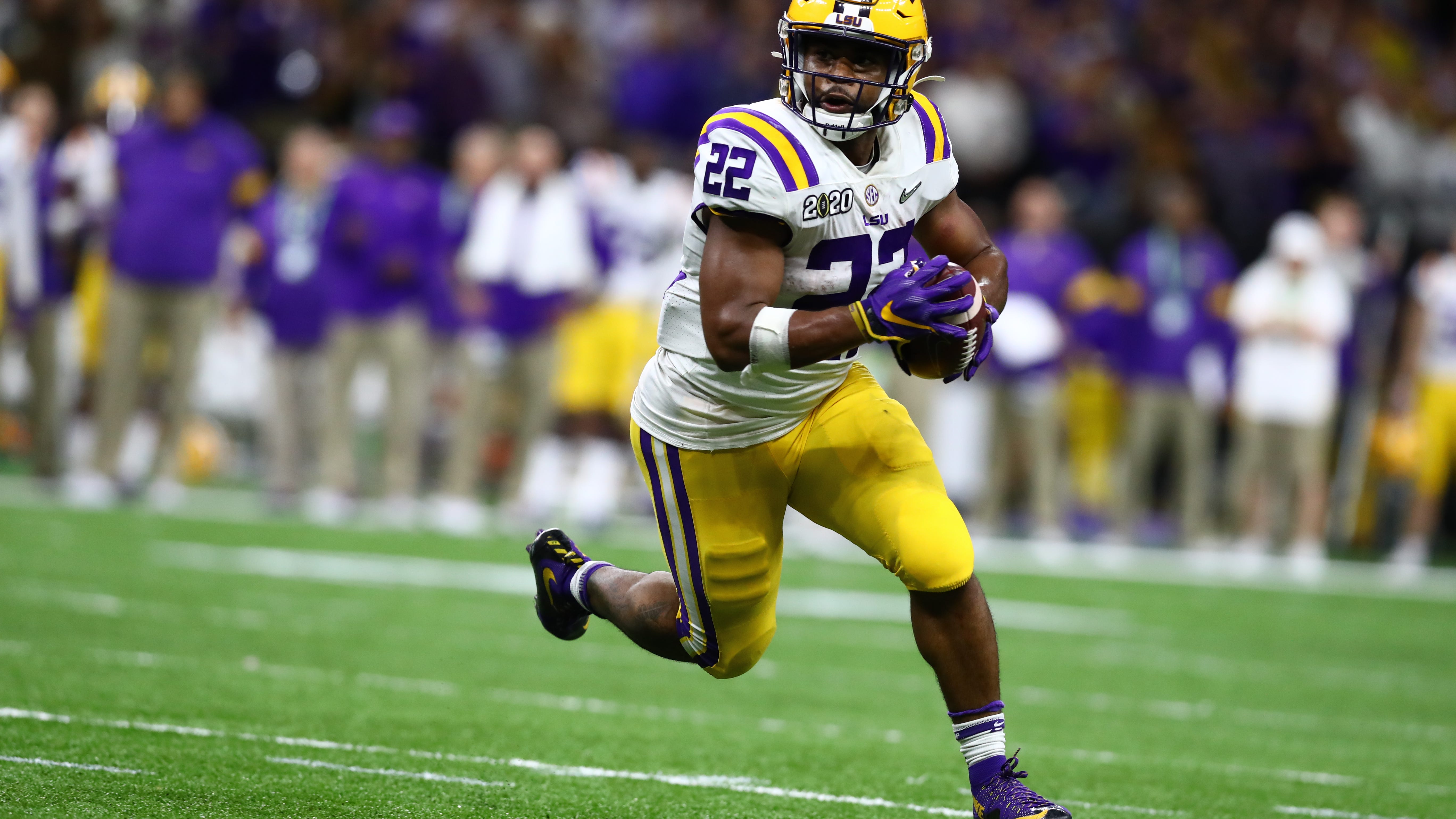 Fantasy Football 2020: Which NFL Draft Prospects Could Explode as Rookies?

Dallas Cowboys
I mistakenly snubbed Dallas from my Day 2 winners, so here's correcting that wrong. CeeDee Lamb was a heist at No. 17, but they also got great upside value later in Alabama cornerback Trevon Diggs, Oklahoma defensive tackle Neville Gallimore, and Wisconsin center Tyler Biadasz.

Minnesota Vikings
The Vikings pulled in a massive haul of 15 picks, seven within the first four rounds. Those seven picks look outstanding, led by first-rounders Justin Jefferson and Jeff Gladney. Offensive tackle Ezra Cleveland easily could have gone in the first round, and cornerback Cameron Dantzler is an intriguing prospect who was rated highly by PFF's advanced coverage metrics. The Vikings snared Oregon linebacker Troy Dye late in the fourth even though many big boards had him comfortably within the top 100.

Tampa Bay Buccaneers
The draft represented one of the last chances for the Bucs to load up around Tom Brady. Offensive tackle Tristan Wirfs looks like a stud, while Brady should enjoy new weapons in running back Ke'Shawn Vaughn and wide receiver Tyler Johnson, who slid over athleticism concerns despite a hugely productive college career. Antoine Winfield Jr. could be an instant contributor as a ballhawk.

Roger Goodell
The commish put on his usual brutal performance, this time from his own basement under the difficult circumstances presented by the coronavirus. The usual fan booing couldn't happen naturally, so ESPN and the NFL took the goofy step of looping in the boo birds on conference call. At what point do they realize having this guy in front of the cameras doesn't make for very good TV? 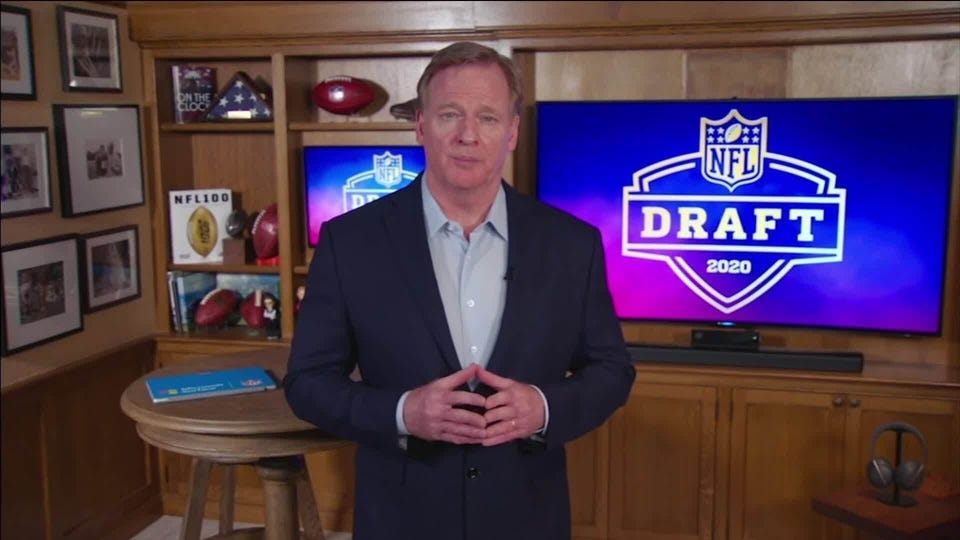 Green Bay Packers
The Packers needed weapons in the passing game for Aaron Rodgers. Instead, they brought in his potential replacement. Jordan Love looks like a nice prospect, but it's not clear how he fits in Green Bay unless Rodgers' play falls off a cliff or he gets hurt. It didn't get much better from there, taking Boston College big back A.J. Dillon in the second and pulling a real head-scratcher in the third with Cincinnati tight end Josiah Deguara. All told, the Pack took not a single wideout to replenish a receiving corps dangerously thin after DaVante Adams.

Las Vegas Raiders
The Raiders caused a minor stir by making Alabama standout Henry Ruggs III the first receiver off the board, but that was nothing compared to their next several picks. Ruggs looks like a dynamo, but Ohio State corner Damon Arnette likely would have been available a full round later, if not two. Using back-to-back picks in the third round on underwhelming receiver prospects in South Carolina's Bryan Edwards and Kentucky's Lynn Bowden was curious at best.

New England Patriots
Following the departure of his franchise quarterback and several other veteran producers, Bill Belichick approached this draft in a way only he could. Draft whizzes everywhere were caught flat-footed when the Pats picked Division II star Kyle Dugger. Things only got interesting from there, with Belichick later taking two tight ends in the fourth round. Most importantly it's who Belichick didn't draft -- a quarterback -- that has everyone intrigued. It appears the Patriots will proceed with in-house options Jarrett Stidham and Brian Hoyer.

New York Jets
Needing a major talent infusion, the Jets went for it. The choice of Mekhi Becton at No. 11 portended what they were apparently targeting in this draft -- speed. Becton is freakishly fast for his size, while wide receiver Denzel Mims, safety Ashtyn Davis, and defensive lineman Jabari Zuniga all bring more speed to burn at their positions. All of these speedsters need some developing -- this question is whether the Jets can do it.

Philadelphia Eagles
The Eagles' stunning second-round selection of Oklahoma quarterback Jalen Hurts landed them in my losers' section after Day 2. I still question the wisdom of the move, but taken on balance with the rest of their draft, I'm willing to wait and see. Hurts could probably start for several NFL teams right now, and it doesn't hurt to have insurance behind Carson Wentz. Still, a second-round pick is not cheap, especially when you have a starting quarterback and other needs to fill. Not to mention, the Eagles may have just invited a QB controversy should Wentz slump or get injured.